College of Media and Entertainment students ‘... 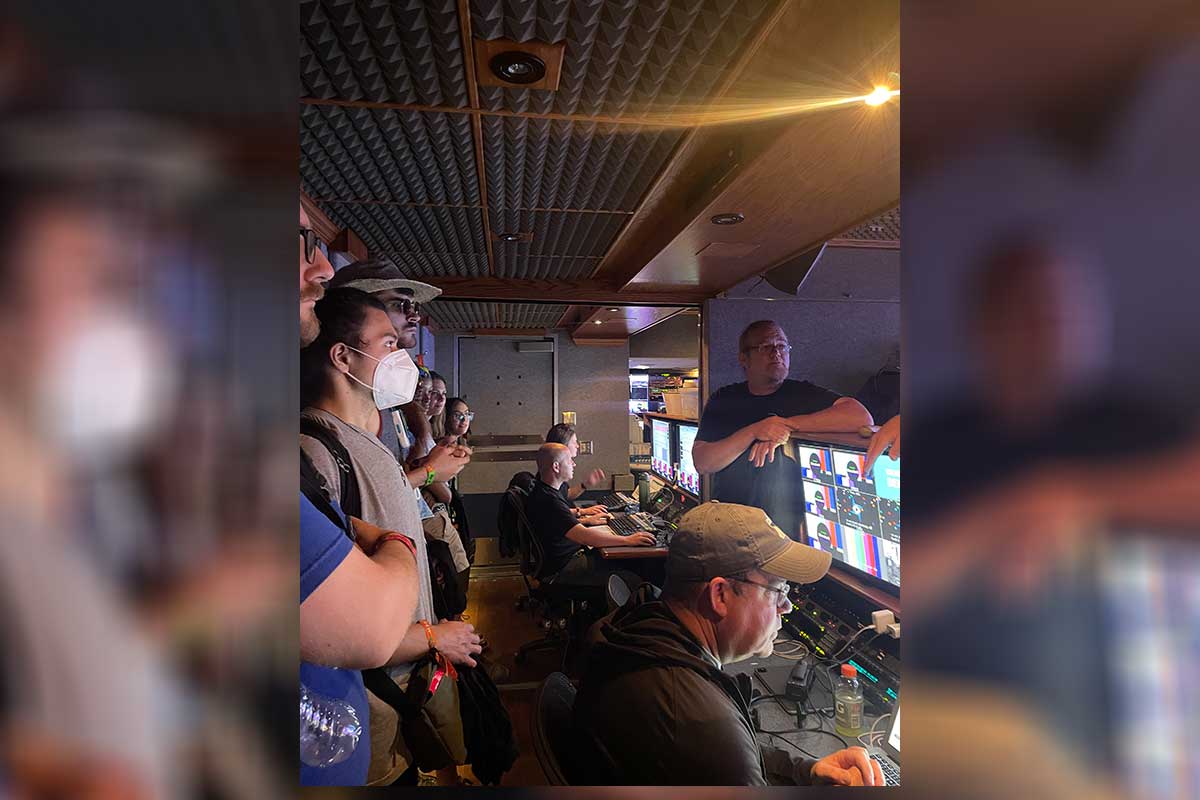 MTSU audio and video production students helped Fortress run their broadcast for Hulu at The Other Stage on the Bonnaroo farm all four days of the festival.

Rob Horne, a member of the audio team for the master control of the broadcast, gave a quick run-down of the audio and video delivery.

“We take in feeds from the different stages, pre-packaged essentially, audio-wise and video-wise that come into this master control truck, and then we supply comms to those places in audio, we take audio content, we return audio content to the stages, and then there’s a whole video element that is involved in it.”

“MTSU has got two of those stages, only one of them that Hulu’s using, but MTSU supplies us the video and the audio interfaces between those stages in our master control truck.”

The inside of the mobile unit consisted of a wall of video monitors used to show the broadcast video feeds from all the main stages and a separate section for the audio engineer that contained the mixing desk and other sound equipment.

The average crew for a production truck of this scale consists of as many as 30 people.

Tom Steel, a freelance producer working with Fortress Entertainment, said he was impressed with the work done by MTSU students.

“We rarely work with students on festivals which is, I think, a missed opportunity. This is really cool, what you all are doing, big hats off to MTSU.”

“You guys are moving the needle in my opinion by getting into this on a first-hand experience. Experience in real life is where it happens. I mean classrooms are amazing and you’re going to build a foundation, but to be able to put it into action, this is where it’s at.”

Jessica Diaz, a senior audio production student from Memphis, Tennessee, worked on the video team at Bonnaroo and was blown away by the mobile studio.

“Touring Hulu’s/Fortress’s production trailer was such a unique experience that I will value forever. It was inspiring to see the things we do in the MTSU truck on a larger scale.”

A team of around 25 students helped produce content at Bonnaroo under the guidance of MTSU faculty and staff during the four-day music festival.

Author Liliana Manyara is a junior in the Recording Industry Program in the College of Media and Entertainment.