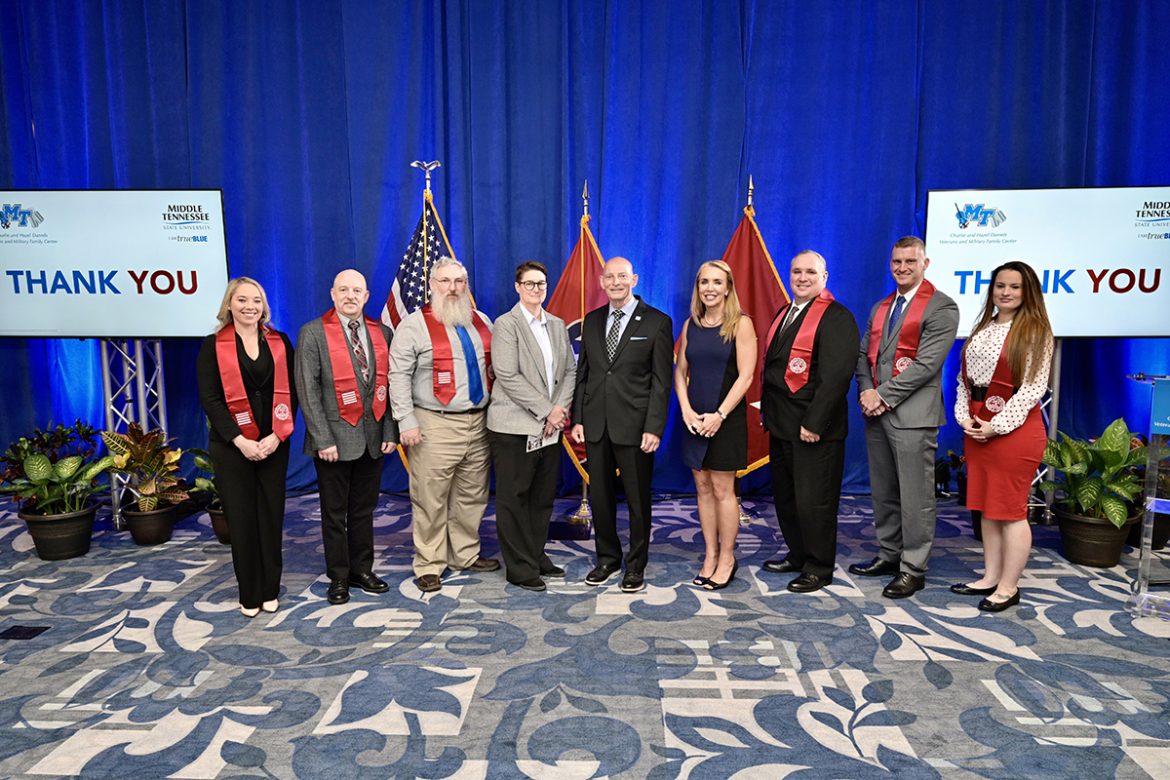 The general public and MTSU community are invited to the upcoming 21st Graduating Veterans Stole Ceremony.

The event, which is coordinated by the Charlie and Hazel Daniels Veterans and Military Family Center, will be held starting at 10 a.m. Wednesday, Dec. 1, in the second-floor atrium of the Miller Education Center, 503 Bell St., in Murfreesboro. 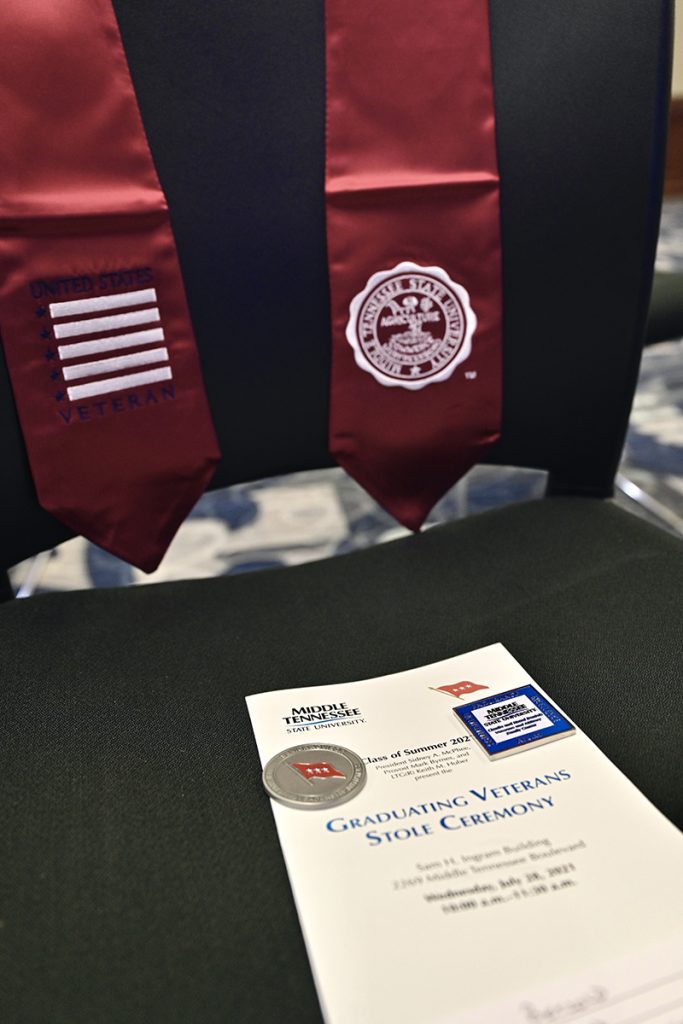 A red stole to wear at graduation and a special coin and pin are shown with the program for the MTSU Daniels Center Graduating Veterans Stole Ceremony in late July on campus. The fall stole ceremony will be held starting at 10 a.m. Wednesday, Dec. 1, in the Miller Education Center, 503 Bell St., in Murfreesboro. It is open to the public. (MTSU file photo by Andy Heidt)

To view a campus map, which includes a special inset for the Miller Education Center near North Highland Avenue, go here.

Student veterans will receive a special red stole to be worn during 9 a.m., and 1 and 5 p.m. Saturday, Dec. 11, commencement ceremonies in Murphy Center.

“The Graduating Veterans Stole Ceremony is such an important event for the Daniels Center,” said Hilary Miller, center director. “While we are sad to see our students leave, we are excited for them. And proud of them. The last two years has led to even greater appreciation for what they accomplished. They followed the motto of ‘Adapt and Overcome’ and we are excited to celebrate — in person — their successes.”

A center official said more than 60 student veterans are scheduled to graduate.

Miller will talk to the student veterans about their role as alumni when they graduate. 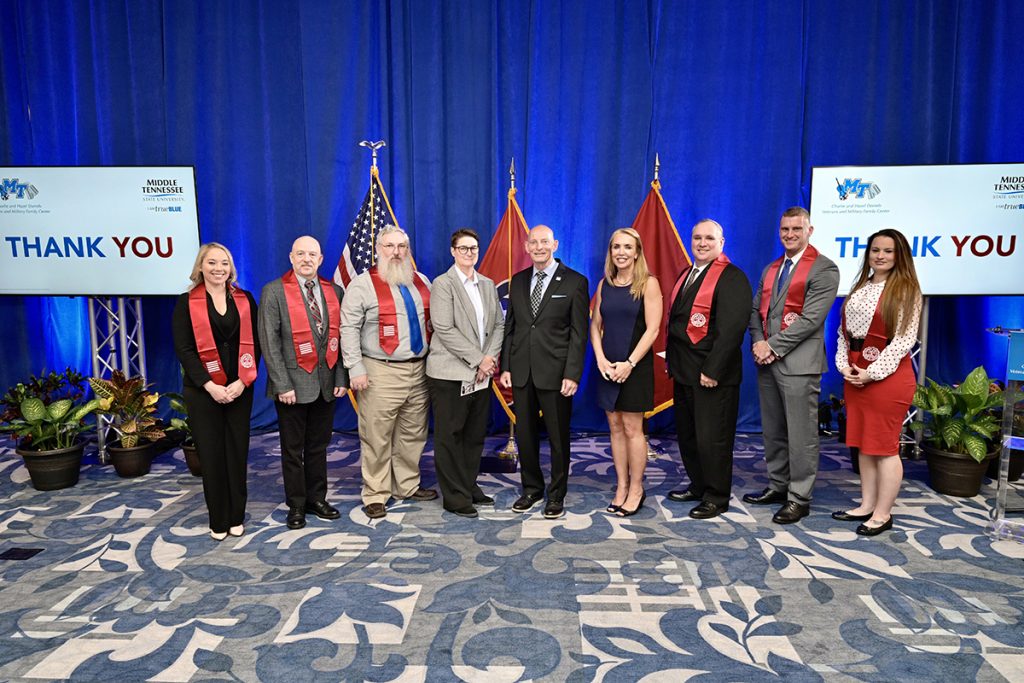