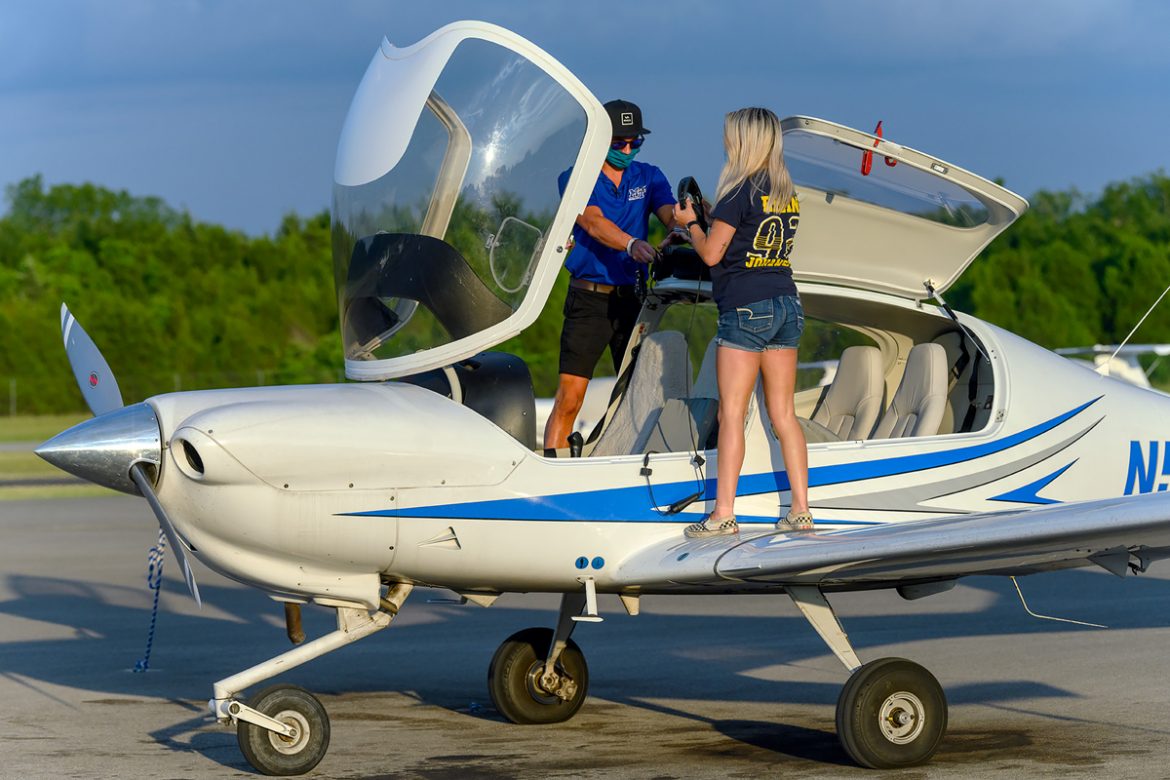 Middle Tennessee State University and the City of Murfreesboro have built a decades-long partnership that has allowed university’s Aerospace Department to become one of the nation’s largest and most respected programs of its kind.

The university and the city engaged as partners to develop a master plan to guide the department’s growth and seek state and federal grant funding for facility upgrades and runway expansions at Murfreesboro Airport.

In anticipation of future growth, MTSU supported the city’s successful $1 million grant from the Tennessee Department of Transportation to expand the airport’s apron serving the Aerospace campus. Construction will include the development of Taxiway E, which will allow for aircraft to maneuver in and out of new facilities.

“The Aerospace Department is considered a signature program of the University, and both the Department and University upper administration is committed to continuing to meet the demands of the aviation industry now and into the future,” said MTSU Aerospace Chair Wendy Beckman in a 2019 letter to support the city’s grant application. “This commitment will require considerable expansion of facilities at the Murfreesboro Municipal Airport.”

Established in 1942, the Aerospace Department is the city airport’s largest tenant. Its 17 full-time faculty members, 75 flight instructors, and around 1,000 majors places it among the largest of the nation’s collegiate aviation programs. Students from 32 states and 16 foreign countries have been drawn to study here and MTSU Aerospace’s graduates hold responsible positions with companies throughout the nation and internationally.

MTSU Aerospace accounts for 144 jobs, $4.3 million in personal income, $13.7 million in business revenue, and $700,000 in state and local taxes in Rutherford County. It is an economic engine for Murfreesboro and Tennessee attracting students as well as professionals from all over Tennessee, the United States, and several foreign countries.

The department now occupies about 45,300 square feet of building space at the airport, along with parking apron for 26 aircraft. A study conducted by the MTSU Business and Economic Research Center concluded that Aerospace would have to increase its hangar, briefing rooms, labs, classrooms, and office space from around 44,000 square feet to over 102,000 square feet. This expansion would create jobs such as flight instructors, faculty positions, and additional staff.

Based on forecast enrollment increases in the Aerospace Department for the next decade, Beckman said 1,900 students are projected for the fall semester of 2029, or almost double present-day enrollment. To support this enrollment, about 70 additional flight instructors will needed, along with 10 to 12 additional faculty and five to eight additional staff members, she said. 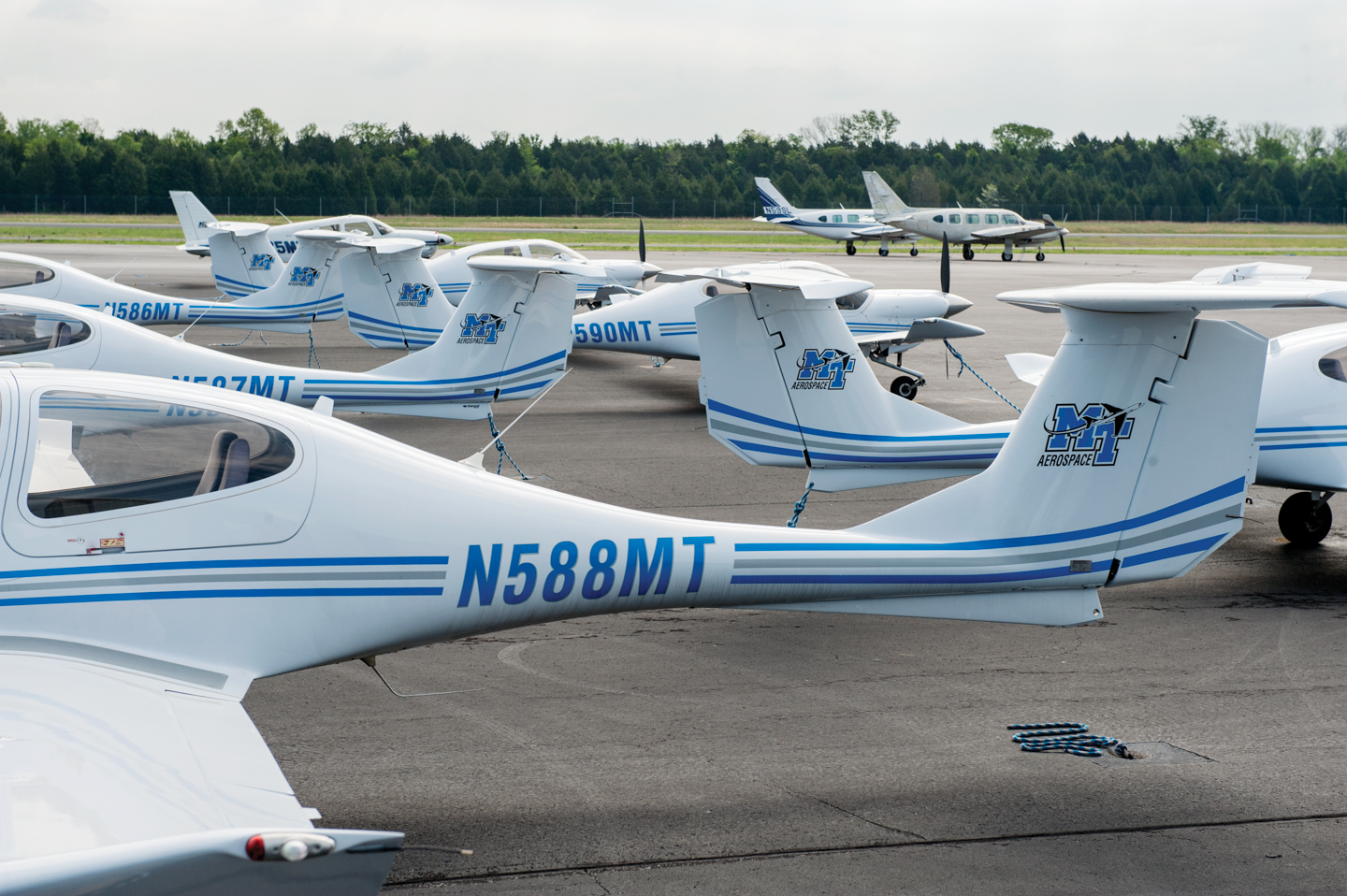 Beckman cited the program’s growth potential in her letter in support of the city’s grant from the state, saying anticipated future enrollment would increase total employment numbers to 150 flight instructors, about 30 faculty and about 25 staff. “Along with the increased faculty and staff, we expect our fleet of aircraft will need to expand from 28 aircraft to 50 aircraft by 2029,” she said.

“The development strategy for this fund is to impact job creation and investment opportunities in Tennessee’s aviation industry,” said Tennessee Aeronautics Division Director Michelle Frazier in a Jan. 10 letter to Municipal Airport Director Chad L. Gehrke. “We are pleased to provide funding for this economic development project. Our aviation facilities are critical to the economic development of communities across the state.”

A September 2020 master plan for MTSU Aerospace, which involved leaders from the university and the city, put forth a set of recommendations for growth that would “serve the operations of the department and enhance compatibility with Murfreesboro Municipal Airport development goals.”

The plan, approved by the city last March, called for MTSU’s footprint at the airport to expand to 144,000 square feet of building and hangar space and 60 aircraft parking positions over the next 10 years, including: 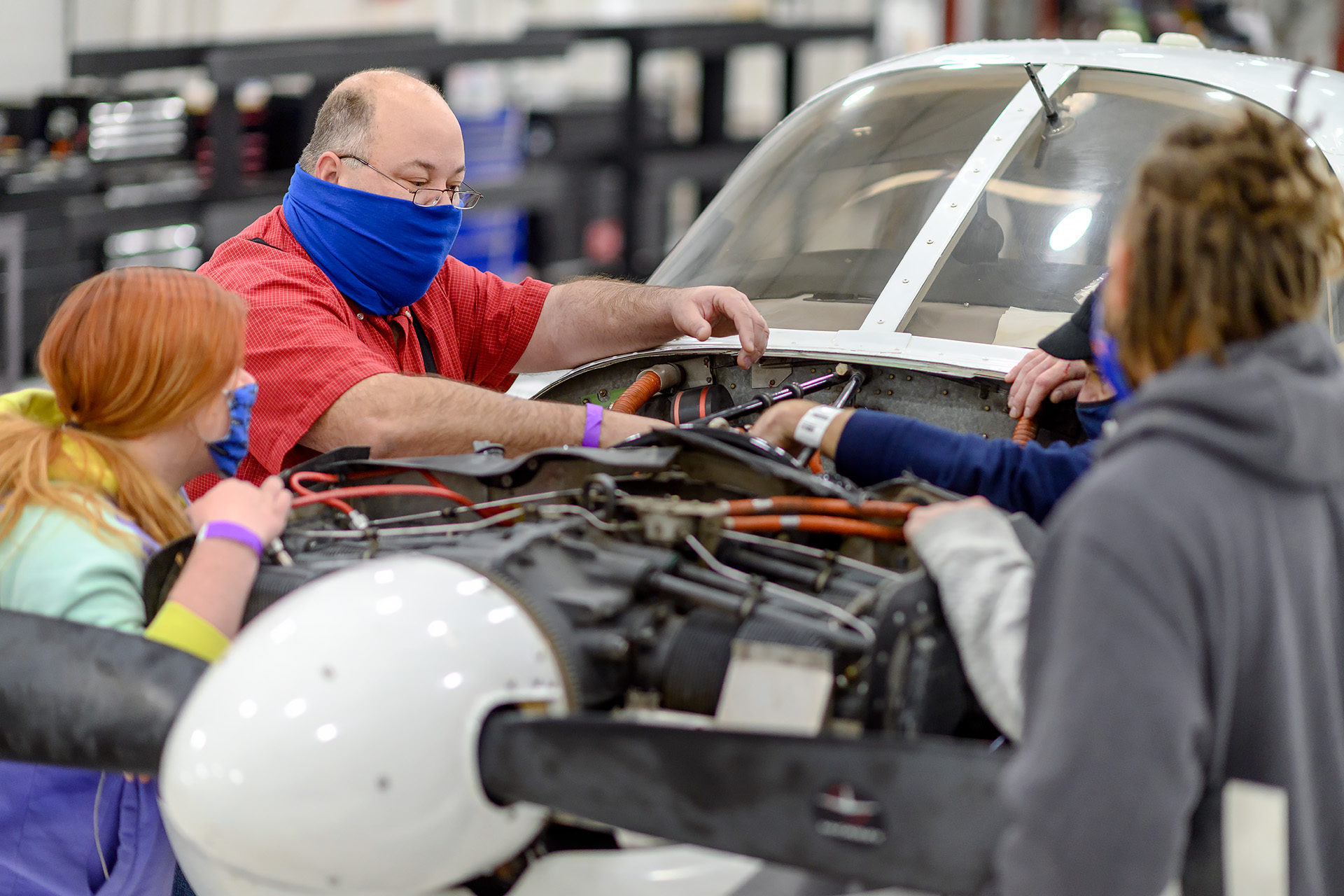 The university uses its 2,100 square feet of leased space in the city’s new airport terminal, which opened for business in November 2020. The city welcomed MTSU to establish a branded space in the terminal lobby to promote the university, as well as the Aerospace program.

“MTSU is renowned for their pro pilot program and have training in other aviation areas as well, including maintenance, technology, dispatch and air traffic control, unmanned aerial systems and aviation administration,” Gehrke said in an interview with Airport Improvement magazine.

Beckman, who has been affiliated with MTSU Aerospace for more than 16 years, including six years as chair, said there has not been a single accident at the city airport, as defined by the National Transportation Safety Board. MTSU records only indicate two prop strikes in 2015, due to near-gear-up landings, and a gear-up landing in 2017. Neither incident resulted in injuries.

“With the number of hours we fly, this is an incredibly low incident rate,” Beckman said.