At least 9 MTSU grads are back on nominees’ list f...

At least 9 MTSU grads are back on nominees’ list for Grammy gold; pandemic delays ceremony — again 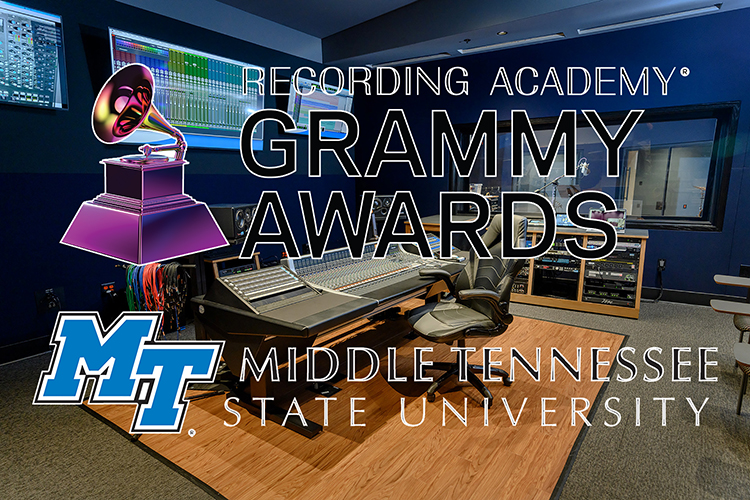 At least nine Middle Tennessee State University alumni will be dancing back to the 64th annual Grammy Awards, once the industry’s biggest honors are rescheduled, in categories ranging to country to pop to Latin music to bluegrass to gospel.

The Recording Academy announced its 2020-21 nominations in November. Shortly before 10 a.m. Central Jan. 5, the organization announced that its planned Monday, Jan. 31, ceremony in Los Angeles had been postponed indefinitely because of the pandemic.

The 2021 ceremony, celebrating the 63rd annual Grammys, also was pushed back because of the pandemic, ultimately airing in March instead of its originally scheduled January date.

• Billy Hickey, a 2006 recording industry production and technology alumnus who was nominated for three Grammys for his work on Ariana Grande’s 2019 release, “thank u, next.” He returns to the list of best pop vocal album Grammy nominees this year for  Grande’s “Positions.”

The current and now two-time Academy of Country Music Audio Engineer of the Year will return to the Grammy nominees’ circle this time with country standout Mickey Guyton, whose 2021 release, “Remember Her Name,” is nominated for best country album.

They’re in the same category again this year as nominees for engineering the Brothers Osborne’s “Skeletons.”

• And 2003 graduates Ceylon Wise and Ashley Brooks Wise, who created an educational YouTube channel with their young sons and are part of the best children’s music album-nominated compilation, “All One Tribe.” The project features 24 family music artists, known collectively as “1 Tribe Collective,” who aim to educate, encourage and inspire Black children. 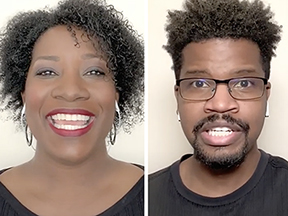 Ceylon Wise earned his degree in audio production, and Ashley Wise’s degree from the School of Music is in music performance. Their album song “For All” is a mini-American history lesson.

Ceylon Wise also is credited on the album’s first song, “One Tribe,” as a songwriter, producer and multi-instrumentalist.

MTSU Audio Production Program grads and expert producers like Haun serve as the “ears” of a project, tasked with the hands-on duties of recording live music and audio to ensure everything and everyone sounds perfect.

Like Ashley Wise, Haun also is a performer and recording artist, though his MTSU degree is in instrumental music education.

The Department of Recording Industry at MTSU, part of the university’s College of Media and Entertainment, also guides song creators and performers in its Commercial Songwriting Program and music entrepreneurs, including managers and publishers, in its Music Business Program.

NBC News in 2019 began calling MTSU a “Grammy-winner factory” in the wake of its alumni, students’ and staffers’ multiple nominations and wins.

MTSU alumni, former or current students, and faculty from across the university have been a part of more than 125 Grammy Award nominations in the last two decades.

After the 2021 ceremony last March, the number of MTSU-connected Grammy winners since 2001 has risen to 15 with a total of 37 Grammys, including nine repeat recipients, in categories from classical to pop to rock to country to gospel.

The Department of Recording Industry opened its newly revamped and relocated Studios D and E this semester to expand the opportunities for MTSU students to learn their craft in nearly 5,000 square feet of customized, expandable, “world-class” space, complete with control rooms, equipment rooms and an open gathering/reception area.

The nearly $2 million facilities, located at 1408 E. Main alongside MTSU’s primary entrance with its striking obelisk, have been dubbed “Main Street Studios.” A formal ribbon-cutting ceremony was held Dec. 3.

More details about the 64th annual Grammy Awards are available at https://Grammy.com.