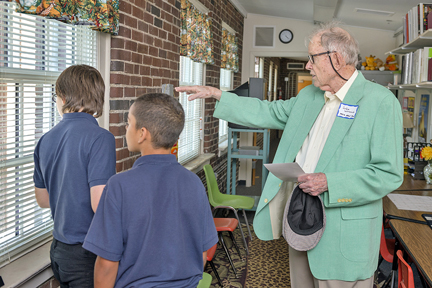 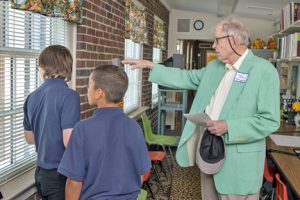 Students Jason Hobbs and Torrion Kidd give a tour of Homer Pittard Campus School on Tuesday, May 13, to John Womack, who attended Campus School in the 1930s. Womack explains how the school was laid out in his time at Campus School, and how he broke his arm on the playground. Campus School held an open house Tuesday to celebrate its 85th anniversary at its Lytle Street location. (MTSU photo by J. Intintoli)