MTSU will test its tornado sir.. 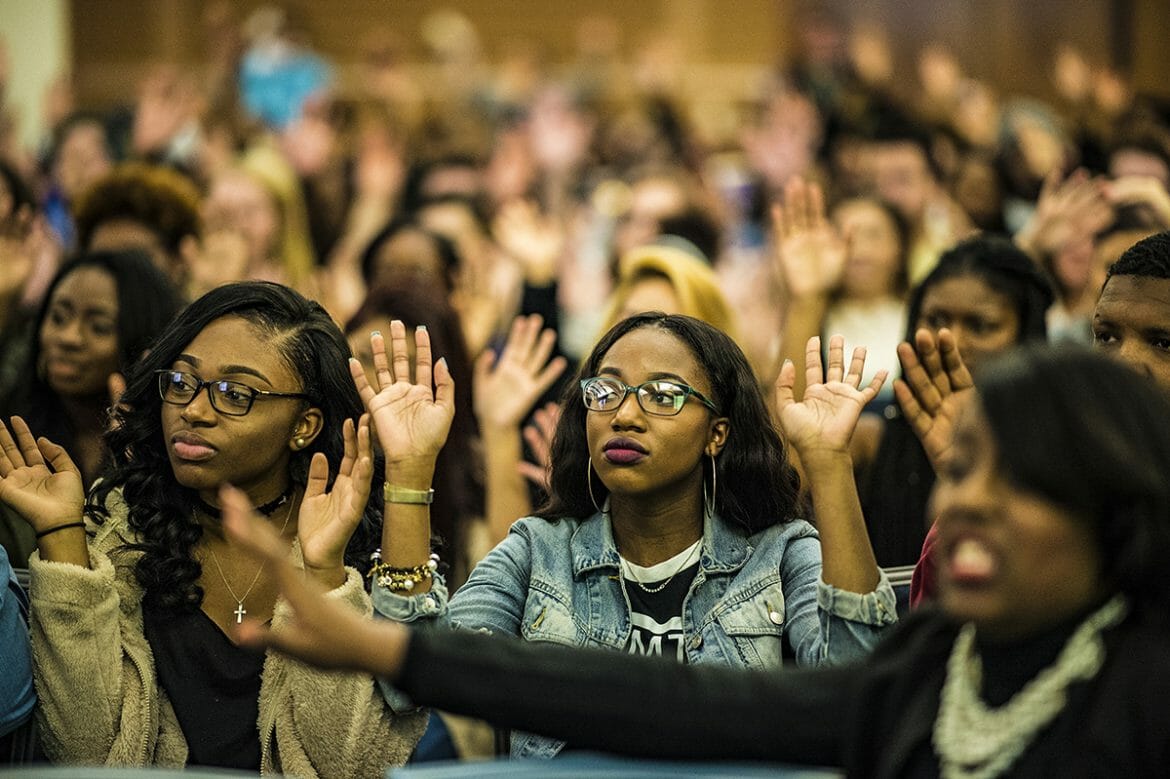 While MTSU offices will be closed Monday, Jan. 15, in observance of the Martin Luther King Jr. federal holiday, the community is invited to the traditional candlelight vigil that evening on campus in honor of the slain civil rights leader.

The MTSU community will celebrate the memory of the Rev. Martin Luther King Jr. during a 6 p.m. candlelight vigil Jan. 15 in Tucker Theatre. (File photo courtesy U.S. Library of Congress)

Wallace is a Memphis-based actor, writer and speaker known for his one-man shows about the lives of King and Frederick Douglass. The Flint, Michigan, native studied theater at the Interlochen (Michigan) Arts Academy and the Theatre Arts School at the State University of New York Purchase College in Westchester, New York.

The event, which is free and open to the public, is a Connection Point extracurricular activity for freshmen and other students.

A campus parking map is available at http://tinyurl.com/MTSUParkingMap.

MTSU will reopen at 8 a.m. Tuesday, Jan. 16, with all business offices and departments open until 4:30 p.m.

Students and faculty, who have been on winter break, return to begin spring semester classes Jan. 16.

During the holiday weekend:

MTSU has more than 240 combined undergraduate and graduate programs.

MTSU students celebrate the memory of Martin Luther King Jr. in this January 2017 file photo from the MLK Candlelight Vigil and Celebration in the Student Union Ballroom. This year’s event, set for 6 p.m. Jan. 15, will be held in Tucker Theatre. (MTSU file photo by Eric Sutton)