Making Your Mark at MTSU

The tournament, held at various venues on the campus, found nearly 450 students competing in a combined 46 events. 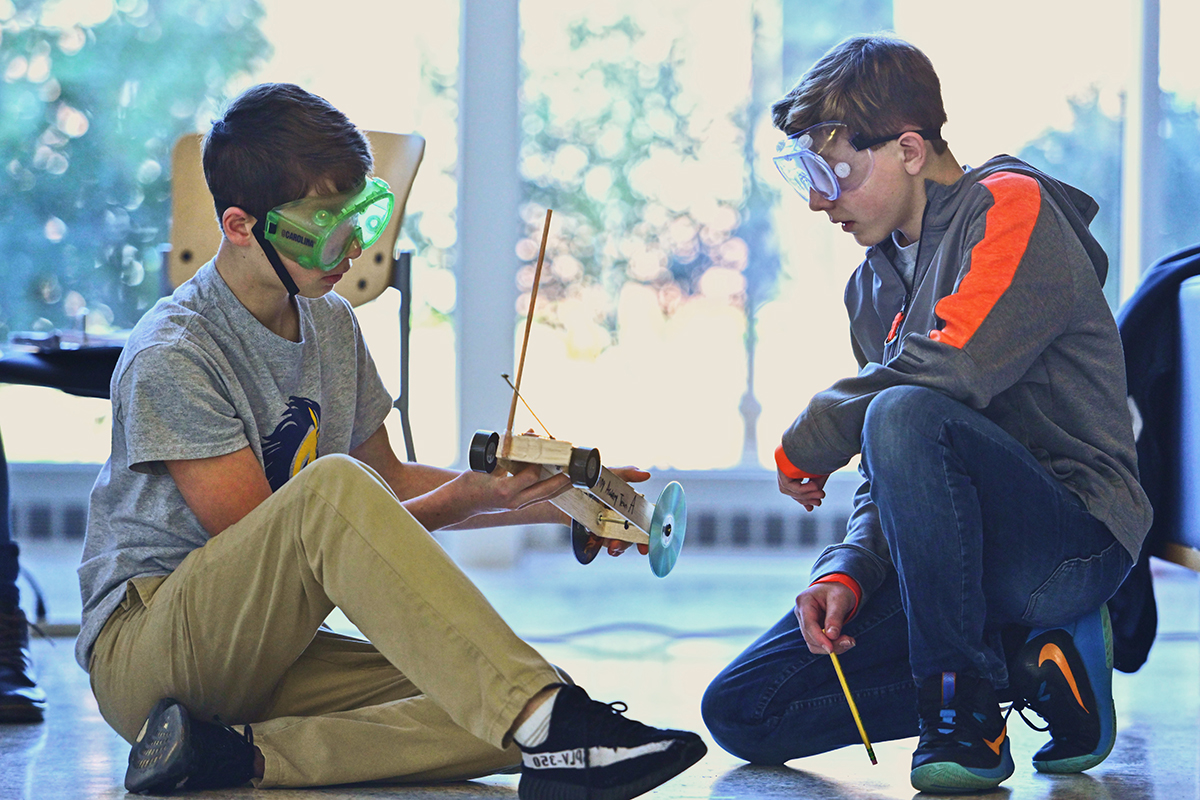 Dayspring Academy eighth-graders Erik Furdui, left and Will Cordle give their Mousetrap Vehicle entry another look during the 25th annual Regional Science Olympiad at MTSU Saturday, Feb. 22, in the Science Building. The Greenbrier, Tenn., school qualified for the State Science Olympiad, which will be held April 25 in Knoxville, Tenn. (MTSU photo by Cat Curtis Murphy)

Science Olympiad is an American team competition in which students compete in 23 events pertaining to various scientific disciplines, including earth science, biology, chemistry, physics and engineering.

All will advance to the State Science Olympiad Saturday, April 25, at the University of Tennessee-Knoxville.

Dr. Pat Patterson, an MTSU chemistry professor who has served as Regional Science Olympiad director for the past 19 years, thanked the dozens of faculty and student volunteers and Dr. Bud Fischer, dean of the College of Basic and Applied Sciences, for helping fund the event this year.

The competition emphasizes the STEM subjects of science, technology, engineering and mathematics. 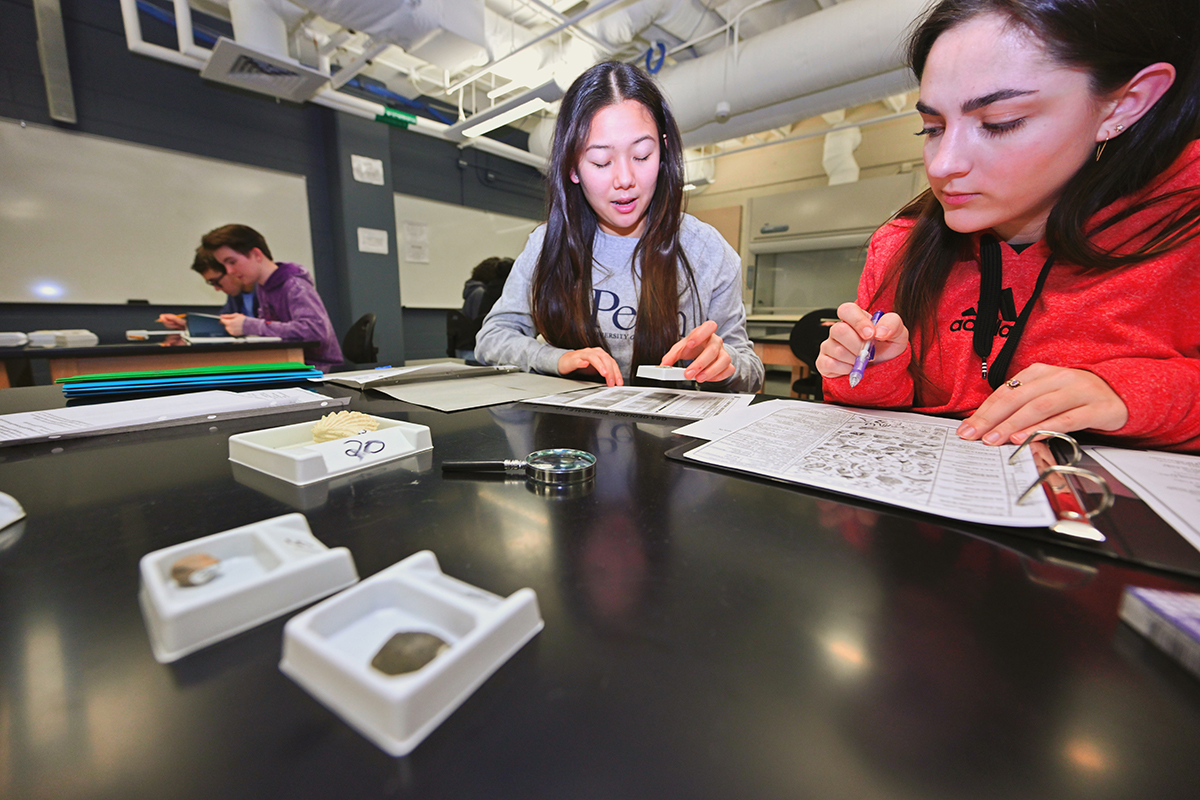 Tullahoma High School students Eleni Pisinos, left, and Molly Georgas work together to determine a date for old rocks that were part of the fossils event Saturday, Feb. 22, in a Davis Science Building classroom during the 25th Regional Science Olympiad at MTSU. (MTSU photo by Cat Curtis Murphy) 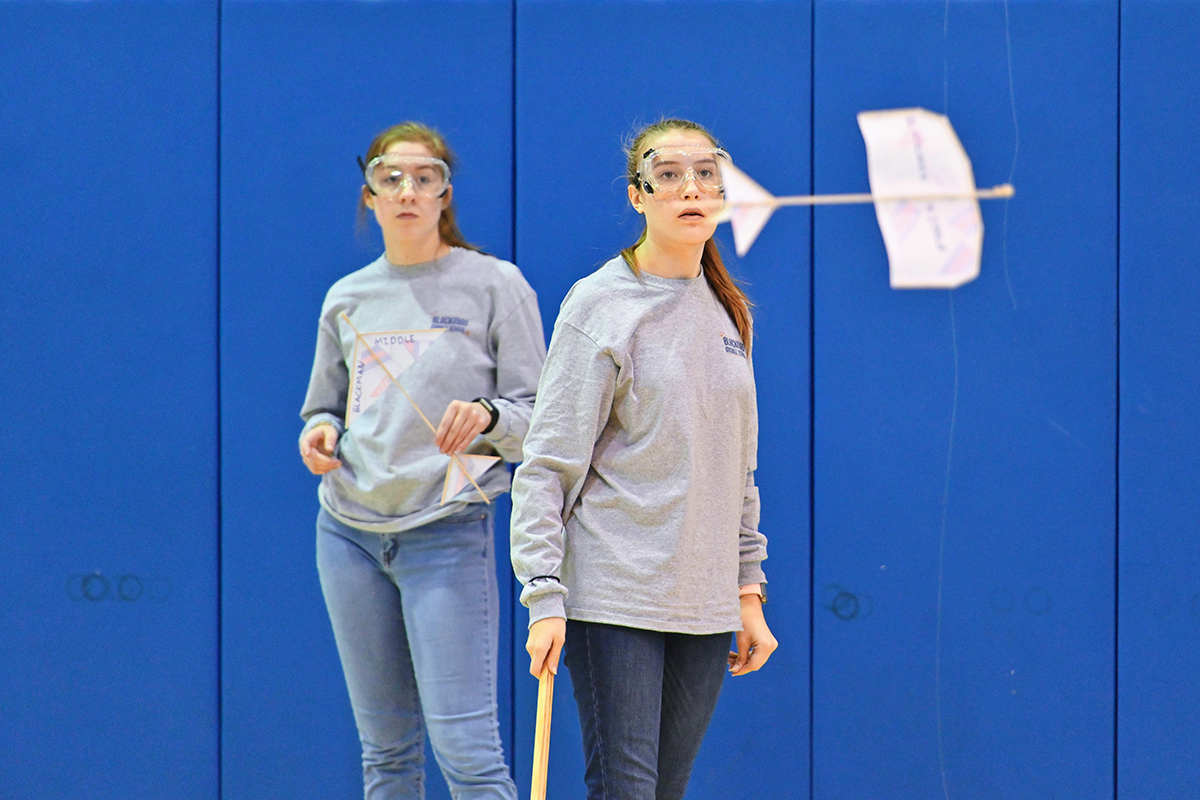