5 Things Only a Blue Raider Would Understand

5 Things Only a Blue Raider Would Understand 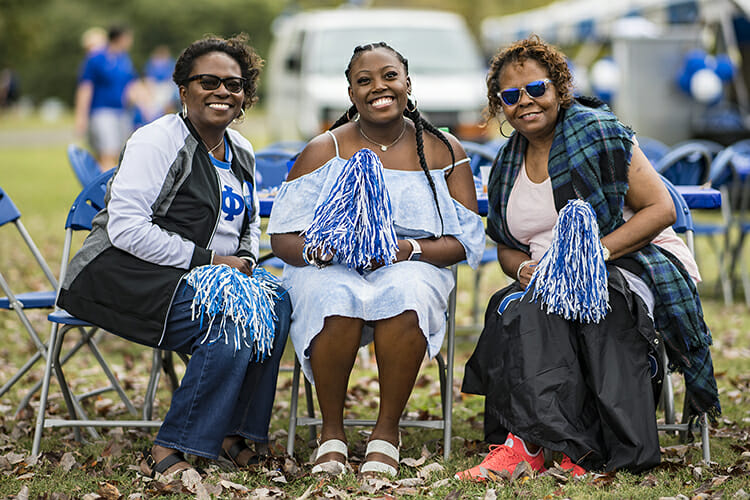 There’s a lot of pride that comes with being a Blue Raider. As students in a school that is frequently in the national spotlight for its achievements, whether it be academic, athletic, or extracurricular, we have built a strong reputation of success throughout the region and nationwide.

That being said, you don’t know exactly what it means to attend MTSU until you step foot on campus. From bizarre traditions to cool twists that students experience every day, here are five things that may not make sense unless you bleed blue.

They don’t call Peck Hall the “Bermuda Square” for nothing. You know the Grand Staircase from Harry Potter, the stairs that move while you’re walking up them? Some dark magic was cast upon Peck Hall to create that same effect, or at least so believes the majority of the student body. Surely you should be able to have it down pat after the first couple weeks, but you won’t. No matter how hard you try and get your bearings, you’re always going to go the wrong way once you get to the correct floor. You’ll try to play it off, but we see you, and empathize with you. We’ve been there.

In an age where companies are trying to make things as lightweight as possible, students at MTSU seem to prefer their backpacks heavy, colorful, and filled with round, rattly buttons. If you’re a heavily involved student, however, you know that the buttons that grace our backpacks have significant meaning and are considered the hottest collectible items on campus.

Created in 2014, the button program was created to coincide with the Connection Point program, making new students feel welcome and giving returning students a way to ease back into campus life. While they are mostly given out at Connection Point events, most departments, organizations, and facilities have a button you can get for interacting with them. If you’re lucky, you may even be able to get the President’s Button if you run into Dr. Sidney McPhee, the president of MTSU!

MTSU President Sidney A. McPhee, left, School of Agribusiness and Agriscience Director Jessica Carter and Tom Womack, deputy commissioner for the Tennessee Department of Agriculture, enjoy the ceremonial first sips of chocolate milk during the June 21 celebration to usher in the bottling of milk after nearly 50 years. (MTSU photos by J. Intintoli)

You’re insane if you don’t try it. I’ve even met people who are lactose intolerant and used their special medication just to drink the milk. It’s that good. If you didn’t know, MTSU produces and bottles its own milk at a university-owned farm not far from campus. It has won several awards and is even starting to be sold off-campus and used by local businesses!

“I’ve even met people who are lactose-intolerant and… drink the milk. It’s that good.”

If you ever hear the phrase, “Cracking open a cold one with the boys” on campus, you can safely assume that they’re talking about opening up a cool, refreshing bottle of MTSU Creamery Chocolate Milk.

Perhaps one of the best known legends in MTSU’s culture is the “cursed seal” in the quad in front of the James E. Walker Library. Rumor has it, those who step on the seal will not graduate on time. While most students aren’t necessarily sold on the validity of such a curse, you will still see the vast majority of people walk noticeably around it. Some risks just aren’t worth taking, apparently.

There are, of course, methods to reversing the curse. Some involve walking backwards back over it, some involve sprinting to the Blue Horseshoe, but I think there is one easiest plan: avoid the seal at all costs.

Okay, people know about this one. But no one knows how it feels. Blue Raider basketball has gained a reputation in the past few years as “bracket busters,” and man, doesn’t it feel terrific? In 2016, after upsetting the No. 2 seed Michigan State in, a favorite to win the tournament, less than one percent of brackets remained intact, according to ESPN. In the first round. While they didn’t advance past the Round of 32, the nation now knew Middle Tennessee and viewed them as a threat.

But it was just a fluke, right?

Wrong. What do they do in 2017? Have a phenomenal season, receive a No. 12 seed (as opposed to No. 15 in 2016), and upset Minnesota, a No. 5 seed. While some people obviously paid attention to the prior year, picking the Blue Raiders in 43% of brackets, they still managed to bust over half the brackets posted to ESPN.

It’s good to be a Blue Raider, busting brackets and breaking hearts.