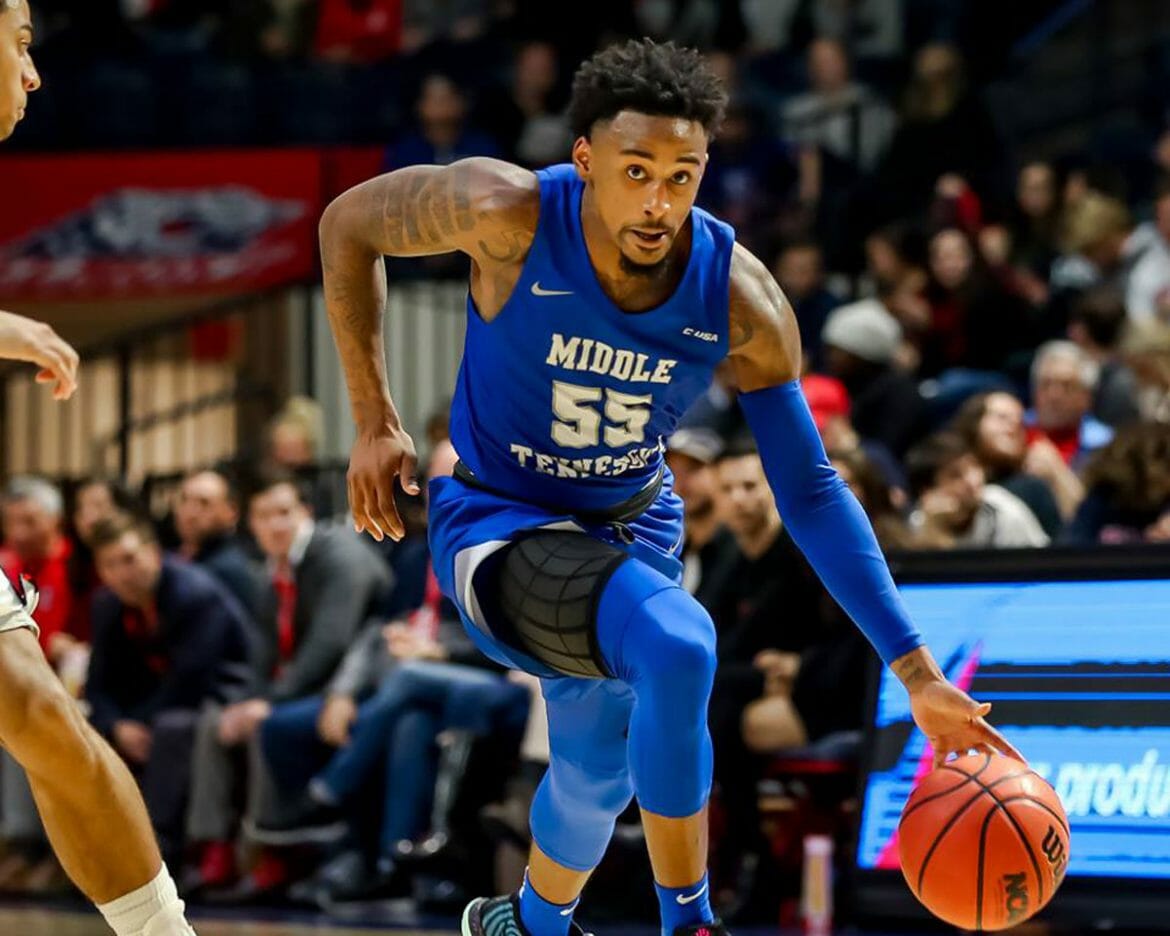 My name’s Antonio Green and I’m a redshirt junior here at MTSU. I transferred here from the University of Texas-Rio Grande Valley (long name, I know) last summer with the intentions of playing under Coach Davis but obviously, that’s not going to happen. It was sort of a shock when I found out his intentions to leave the program but it wasn’t very surprising once you understand the opportunity he was given. After a lot of success the last few years we’re now looked at as a sleeper team in our conference, but we have an opportunity to continue building on what he started with our new staff when we tip off this season.

Last season during my sit-out year, I learned so many things that weren’t necessarily new but were things that I didn’t fully maximize. Being in a winning environment was something so different from my first two years of college. Everything was taken seriously at all times and your best efforts were always demanded on and off the court.

You could walk into the gym during one of our practices and see why the program had been so successful the prior years and that’s because we practiced harder than anyone in the country.

I will forever appreciate Coach Davis and his staff for instilling that in me. The main thing I learned last year was how to properly lead a basketball club. I can give all of this credit to Giddy Potts, he was always being the most vocal person in the gym from the time we were warming up until we called the huddle to end the practice. I’ve always been a leader amongst my previous teams and with my friends but he showed me how to do it effectively on a daily basis.

Walked in on @AMGJ55 going 32-40 from 3pt land this morning.@MT_MBB opens up tomorrow night at home. Come check out one of the best shooters in not only #CUSA but all of #NCAA.#55Shots pic.twitter.com/80BPcZdSvW

This summer has consisted of a lot of changes to our team with a lot of roles being shifted tremendously. I’ve found myself being in the one main leadership roles with a lot of responsibility on me to show the guys what it takes to win at the level that the fans have become accustomed to. I always use the summer time to push myself and improve my game but this summer I took it to another level and have been working harder than ever.

I’m in the best shape I’ve ever been in my life and I’m the most confident in my feelings as I’ve ever been. I know a lot of people will write us off this year and don’t think we will achieve very much but we will surprise a lot of people. We have a group of guys who aren’t afraid to work and are willing to do what’s necessary so that we are putting ourselves in a position to win every game. An entire year away from the game already has me anxious to get back out there but the fact that we will be underdogs motivates me more than anything.

I know a lot of you guys are wondering, or will be wondering, the reasoning behind me wearing #55. Initially, I used it to represent my daughter’s, Azyla Green, birthday which is January 22, 2014. So basically: 1+2+2=5 and 1+4=5. But on Valentine’s Day of 2016, my older brother Terrence Thompson was shot and killed in Memphis, TN, so I wanted to figure out a way to honor him in a really meaningful way. His birthday was on May 5, which is 5/5 so I felt like that made everything full circle and was truly meant to be so now I will continue to wear 55 through the rest of my playing days.

As far as #55Shots goes, that’s my number and I’m a shooter, you’ll be seeing it a lot this year.