In the News: Exports, economic..

‘MTSU On the Record’ decodes r..

Carlos Rivero-Odermatt and Rafela Aldas always dreamed of being homeowners. The Ecuador natives, married for 43 years, had a goal of creating a better living situation for their family and knew homeownership would help achieve that goal.

When MTSU’s Jackie Victory handed the Murfreesboro couple a set of keys to a home on East Castle Street on Wednesday, Jan. 8, their dreams became reality

The 1,200-square-foot, three-bedroom, two-bath home is part of an MTSU Habitat Build and Rutherford County Area Habitat for Humanity partnership. 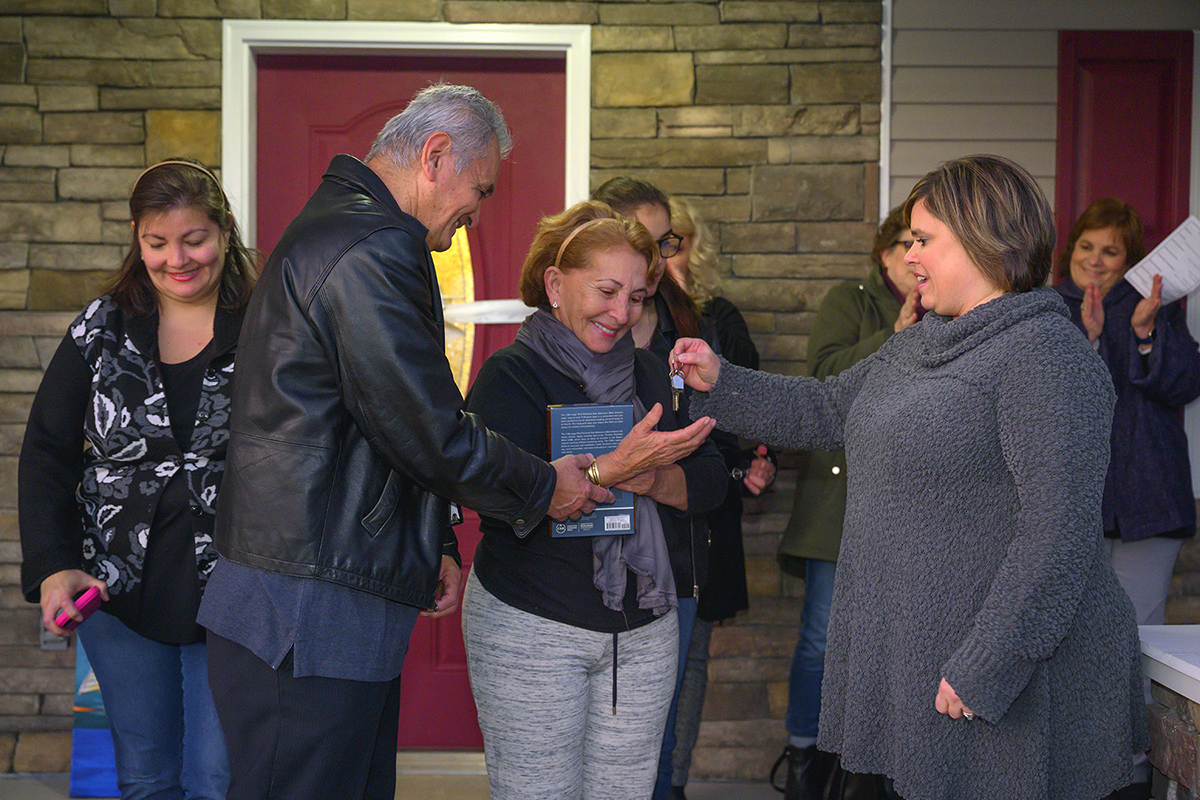 The couple will move in once the house is finished, final inspections are completed and a Jan. 22 closing, said Terri Shultz, Rutherford County Area Habitat for Humanity executive director.

MTSU students from classes and campus organizations average raising $20,000 to $22,000 toward the cost of the house each time. About 150 students from 25 classes/organizations spent many hours helping to construct the residence. In all, 337 community volunteers spent nearly 2,000 hours on the project.

This marks the eighth MTSU Habitat Build the university and its students have been involved in since 2007, said Jackie Victory, director of MTSU Student Organizations and Service. It is the 164th Rutherford County Habitat home since 1989.

“The house is perfect. I don’t think it’s missing anything,” an emotional Aldas said, her Spanish comments interpreted by daughter Annely Rivero Quinones of La Vergne, Tennessee. “When I open the doors, they give me smiles. For all of you, thank you.”

Quinones said her parents “love it (the house). They’re very blessed. They feel indebted to all the people who worked together to get their home ready. Anytime she would go to the Habitat office, they always received Mom with a big smile.” 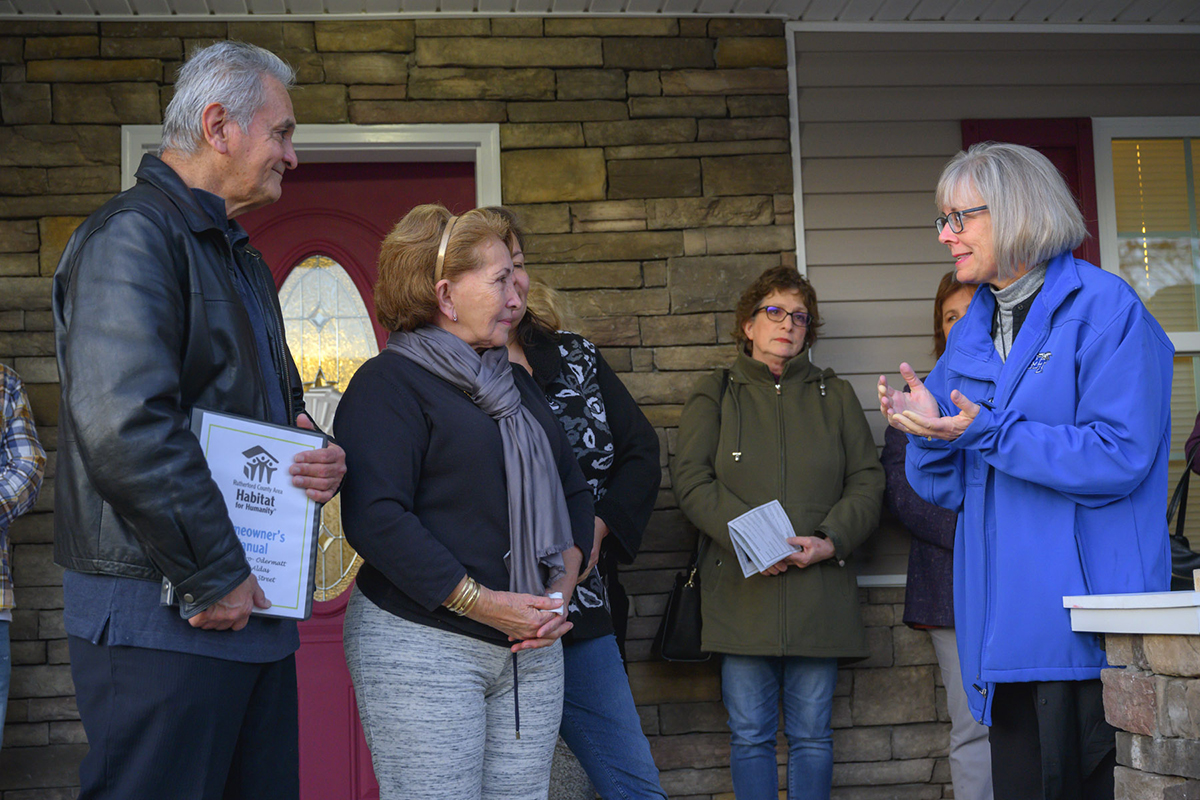 Deb Sells, right, MTSU vice president of student affairs and vice provost of enrollment and academic services, congratulates new homeowners Carlos and Rafela and tells them “our students learn so much from this experience” Wednesday, Jan. 8, during the dedication of the couple’s new home on East Castle Street in Murfreesboro. (MTSU photo by Cat Curtis Murphy)

The couple came to Murfreesboro after their daughter visited the U.S., fell in love and married and then convinced them to leave Ecuador to be in a safer environment.

“Congratulations, welcome to your new home,” said MTSU’s Deb Sells, vice president of student affairs and vice provost of enrollment and academic services, speaking to Rivero-Odermatt and Aldas. “It is always so much fun to be a part of these builds. … Our students learn so much from the experience.”

Students from the MTSU School of Concrete and Construction Management, Society of Manufacturing Engineers organization, women’s tennis and various sororities, fraternities and campus ministries participated in the work this fall.

“It’s a great opportunity for students to network,” Victory said. “This fall has been more of a challenge, with homecoming and everything else. It was a busy semester.”

Students help raise funds through a letter-writing campaign, reaching out to family members and friends for support. Funds filter to the MTSU Foundation. 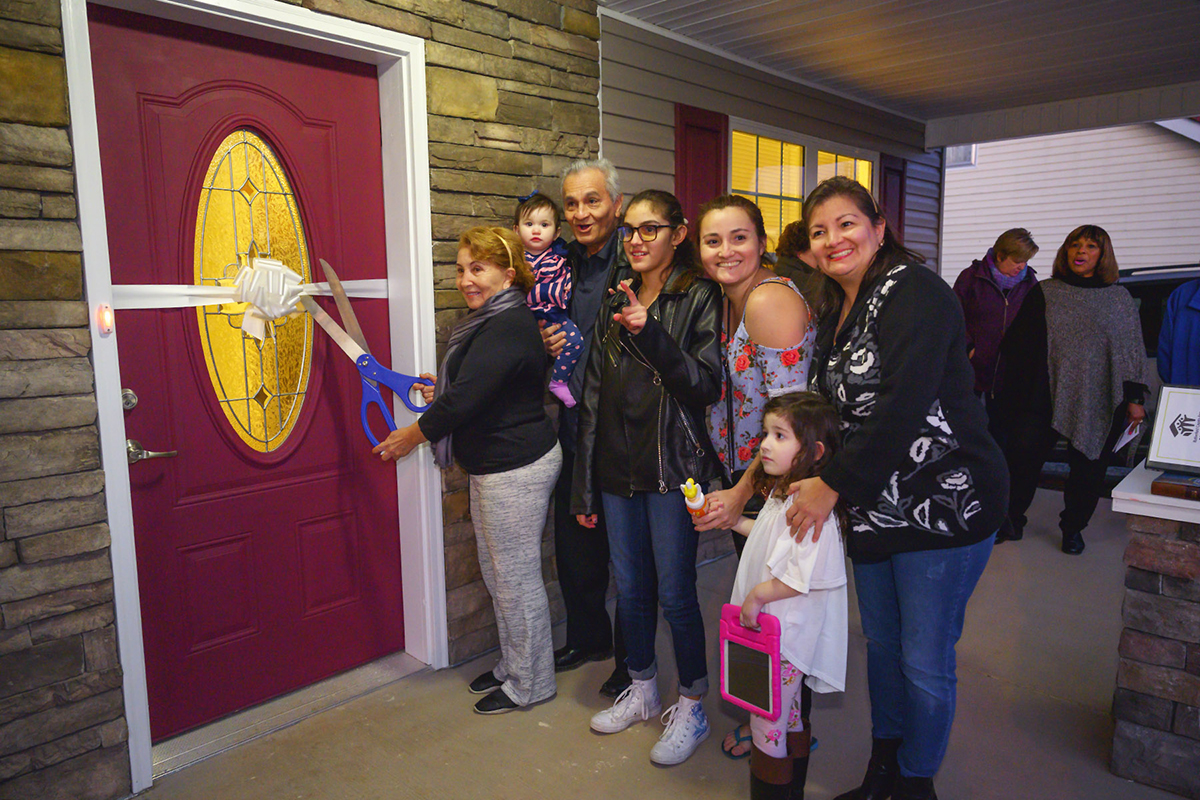 New Habitat for Humanity homeowner Rafela Aldas, left, cuts the ribbon for the new home she and husband Carlos Rivero-Odermatt will live in, as family members join them at the dedication Wednesday, Jan. 8, on East Castle Street in Murfreesboro. MTSU students helped with the build last fall. (MTSU photo by Cat Curtis Murphy)

MTSU brought many items — bottled water, detergent, paper goods and more — to stock the couple’s pantry. Other gifts included a personalized set of dishes and wall paintings, a Bible, books from Read to Succeed, a flag from the Daughters of the American Revolution, a City of Murfreesboro commitment to provide the home ownership down payment and a color portrait by Shacklett’s Photography.

One poem of optimism was shared, as were prayers. After a ribbon-cutting and house tour opportunity, Rev. Kristina Blaess of St. Paul’s Episcopal Church read scriptures as family and friends went room by room to ask God’s blessings upon the entire home.

Victory estimates that at least 1,500 MTSU students and 50 campus organizations and classes have participated in Habitat builds since 2007.

Victory, who helped start the partnership, anticipates MTSU and students will be involved in Habitat for Humanity’s new neighborhood venture — Legacy Point, a 77-home project off Halls Hill Pike near Daniel McKee School and not far from the university. 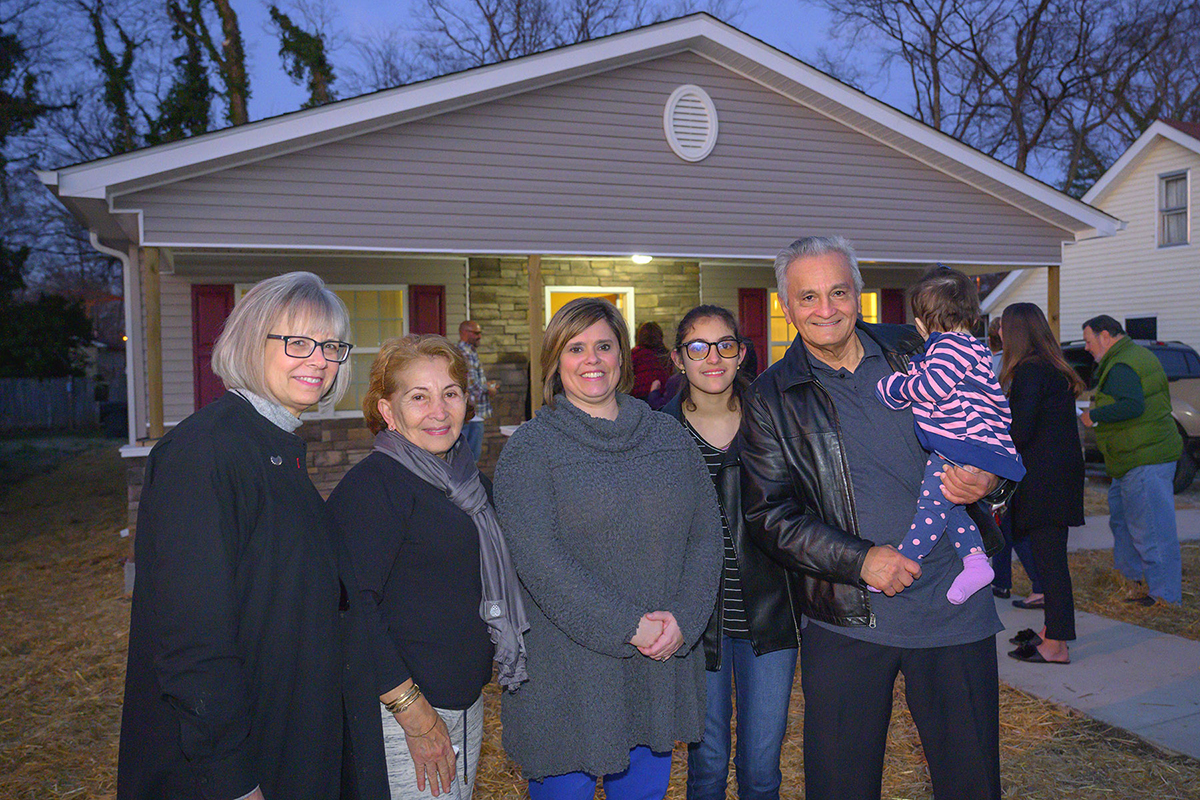