Nashville’s Doug Kreulen was inside the Pentagon on Sept. 11, 2001, one of the most fateful days in U.S. history.

He recalls joining others who were watching television after an airplane struck one of two twin towers in the World Trade Center, accidentally they first thought, in New York City. They soon saw a second plane hit the other tower … and “all of us instinctively knew that the United States was under attack.” 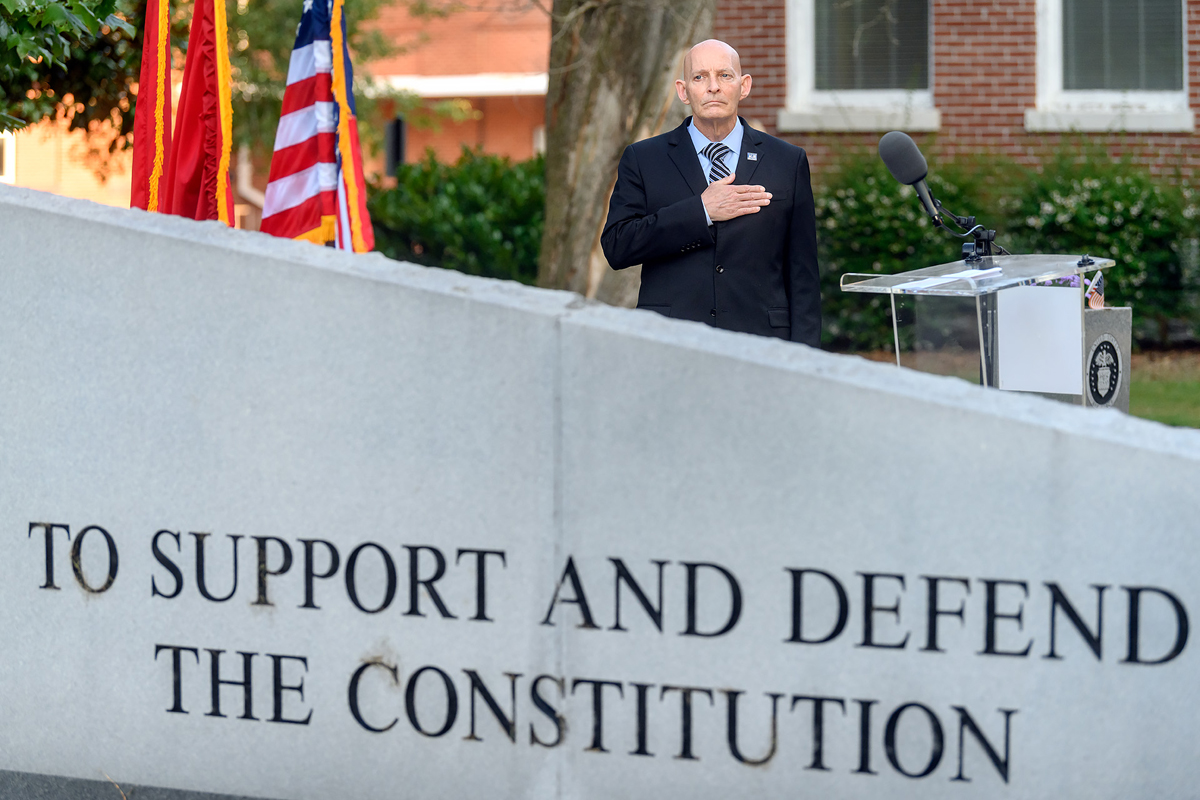 With hand over heart, retired U.S. Army Lt. Gen. Keith M. Huber listens to country/rock singer Rachel Lipsky sing the national anthem that was pre-recorded for the event and part of the 9/11 Remembrance ceremony broadcast on Friday, Sept. 11, from the Veterans Memorial outside the Tom H. Jackson Building. (MTSU photo by J. Intintoli)

The same strategic objectives Kreulen applies today as president and CEO of the Metropolitan Nashville Airport Authority— “invest in our employees and facilities, plan for the future and prepare for the unexpected” — applied that day.

Kreulen, a decorated and retired U.S. Air Force colonel with 27 years of military service, spoke at the Veterans Memorialoutside the Tom H. Jackson Building at the sixth annual 9/11 Remembrance at MTSUsponsored by the Charlie and Hazel Daniels Veterans and Military Family Center.

Because of COVID-19 precautions, it was a virtual event televised on MTSU’s YouTube channel and Livestream, MTSU and Daniels Center Facebook pages and True Blue TV.

Kreulen, who served on the Joint Staff as the chief of the Readiness Division, had been in a meeting in the Army section of the Pentagon with Army and Navy counterparts. “None of us had any idea of how our lives and our family’s lives were about to change,” he said. The meeting room was struck by the plane. 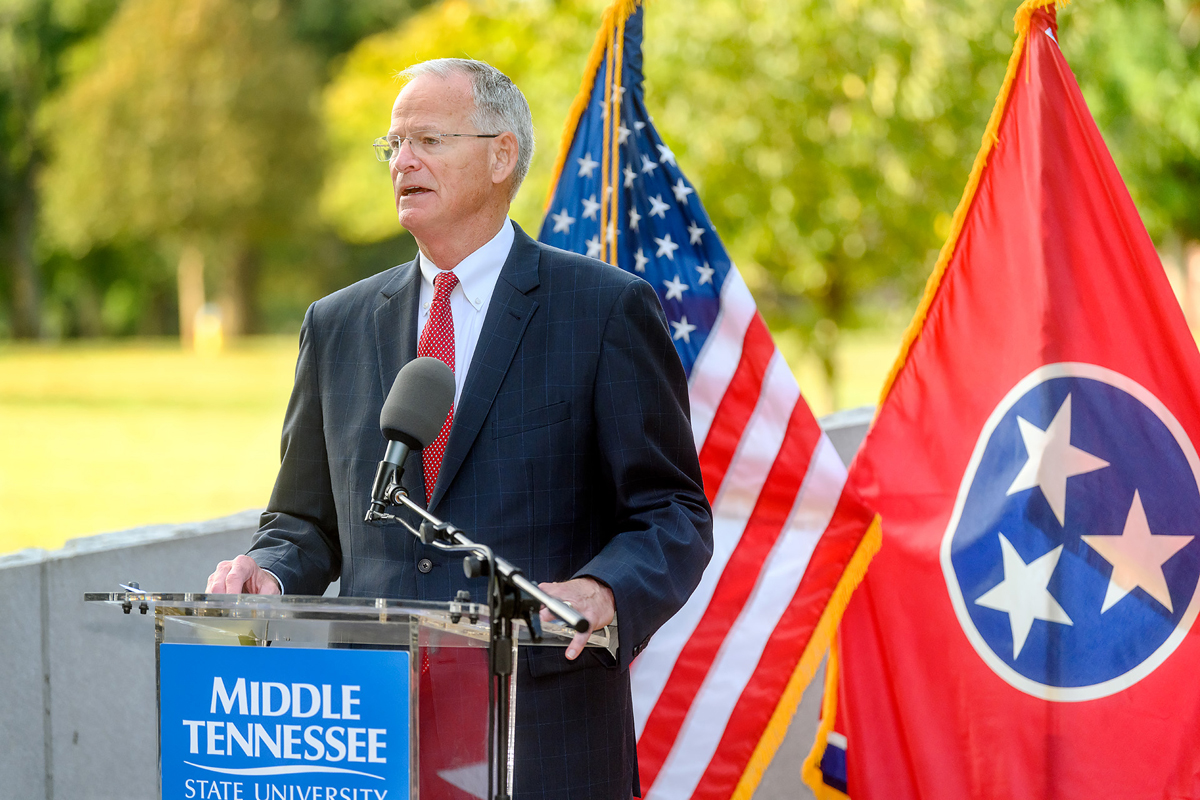 MTSU 9/11 Remembrance guest speaker Doug Kreulen recalls details of being in the Pentagon on Sept 11, 2001. The decorated and retired U.S. Air Force colonel told the audience, viewing virtually, to “continue investing in your employees, planning for the future and be prepared for what life has in store for us.” He is president and CEO of the Metropolitan Nashville Airport Authority. (MTSU photo by J. Intintoli)

“I will remember forever my colleagues that were still in the meeting room, the smell of fuel everywhere around the incident and the American flag draped over the incident scene,” he added.

Kreulen said he was most proud of the fact “no buddy (colleagues) panicked, seeing the first F-16 arrive over the Pentagon and the response of the American public was overwhelmingly positive.”

In closing, he said he “we owe it to those who have not been as fortunate as us to be prepared for whatever life has in store for us.” 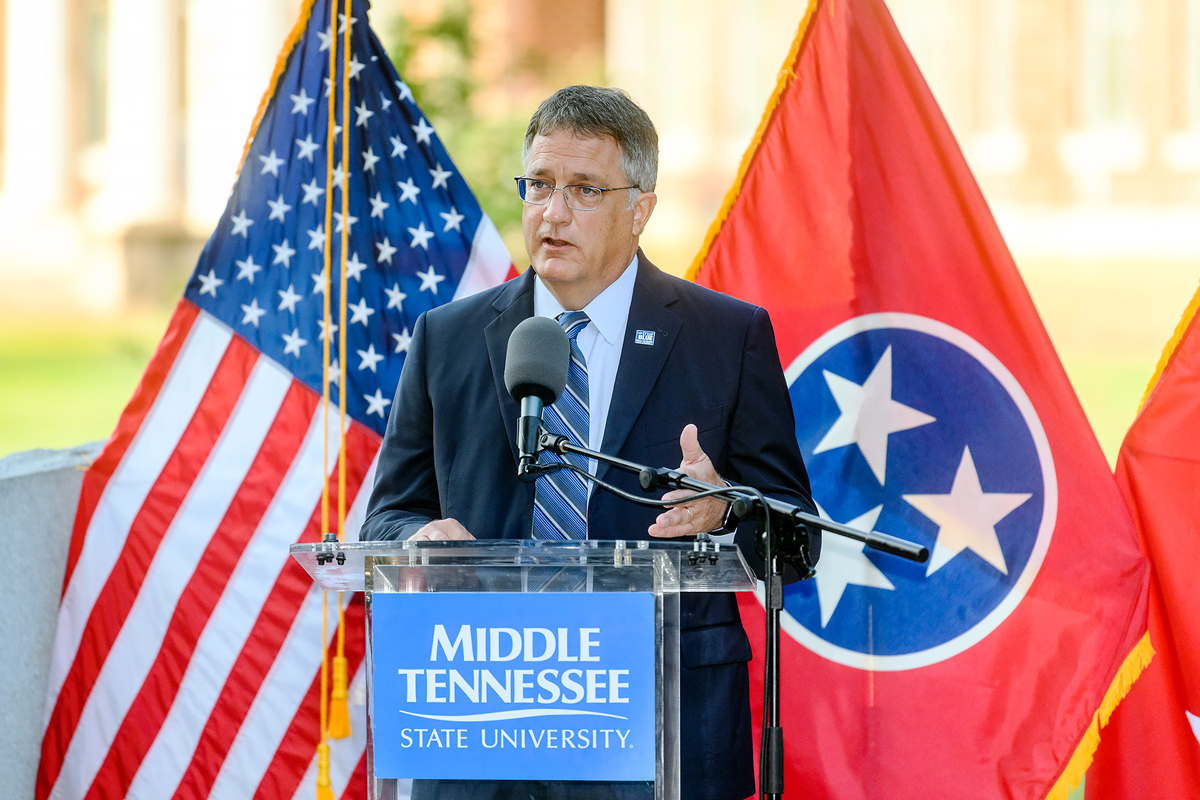 MTSU Provost Mark Byrnes recalled teaching a “politics and film” night class in Peck Hall on Sept. 11, 2001. They watched “Mrs. Miniver,” a 1942 U.S.-produced war film. “The lessons from that movie are that politics matters, perseverance and the critical role of service to others and sacrifice,” he said. (MTSU photo by J. Intintoli)

Provost Mark Byrnes, then in his 11thfull year with the political science faculty, recalled teaching a “politics and film” night class in Peck Hall on Sept. 11, 2001. They watched “Mrs. Miniver,” a 1942 U.S.-produced war film set in Great Britain, showing how the life of an unassuming housewife (actress Greer Garson) in rural England was touched by World War II.

“The lessons from that movie are that politics matters, perseverance and the critical role of service to others and sacrifice,” Byrnes said.

“Even today, they are very much applicable with what we have going on with the pandemic. … Masks are important. It takes collective action, led by the government and private industry as well. Are people sacrificing? Yes, they are. Everybody involved in healthcare is putting their own lives on the line to some degree in treating patients who are suffering from COVID-19. … And we’ve got to persevere to get through this. Have the attitude we’re going to see it through to the end.” 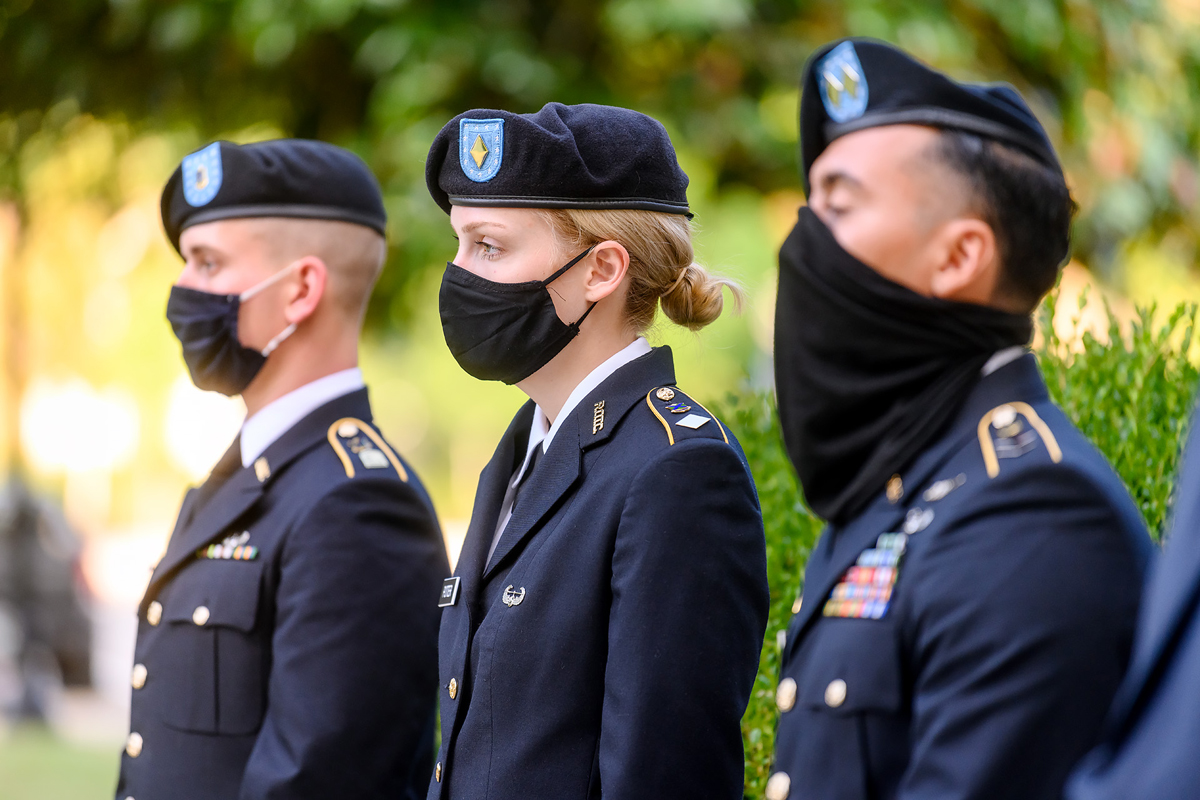 MTSU ROTC cadets Jordan Anderson, left, of Morristown, Tenn., Maggie Potter of Maryville, Tenn., and Brian Acosta of Murfreesboro stand at attention Friday, Sept. 11, at the Veterans Memorial as they await the reading of the 9/11 timeline from the events that transpired on Sept. 11, 2001. Cadets reading the timeline has been a tradition at the annual ceremony. (MTSU photo by J. Intintoli)

ROTC cadets Brian Acosta of Murfreesboro, Jordan Anderson of Morristown, Tennessee, and Maggie Potter of Maryville, Tennessee, read the timeline of events as they unfolded on 9/11. 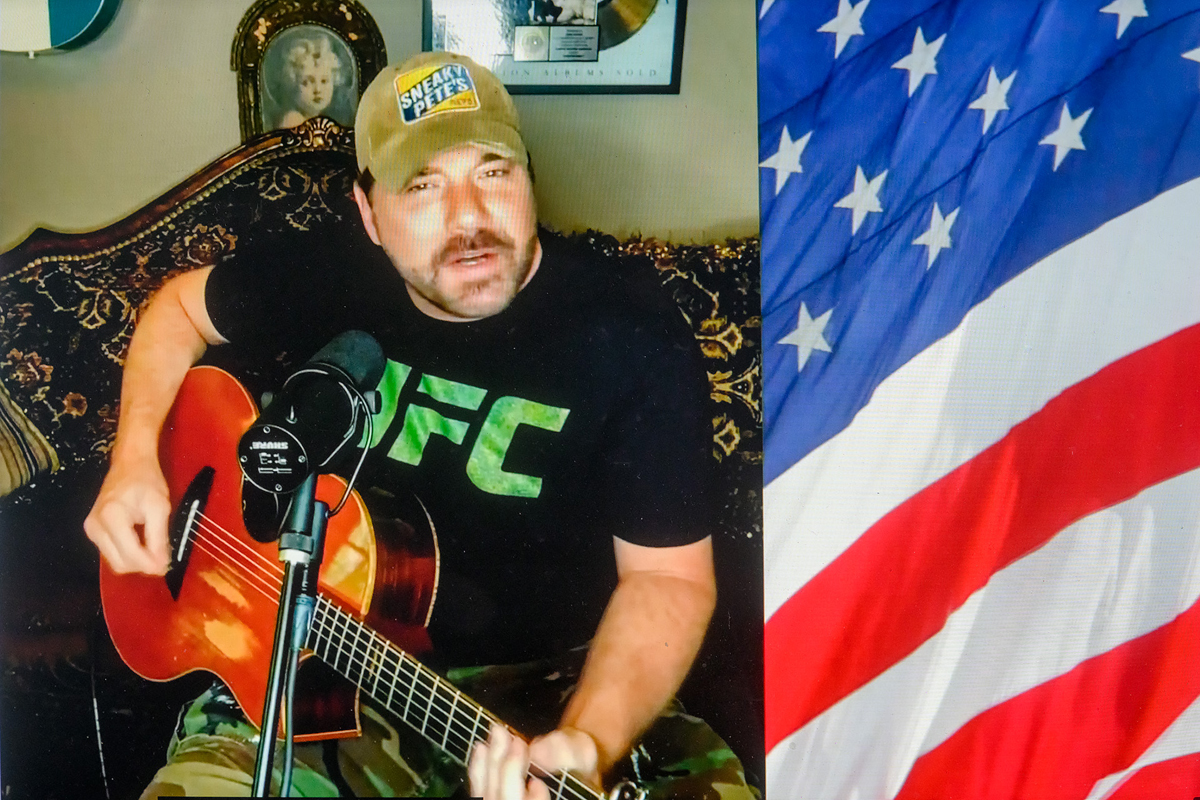