Five Minutes with the Presiden..

Ensemble to perform music of 1..

For some deserving Rutherford County students each year, the Shipp has come in 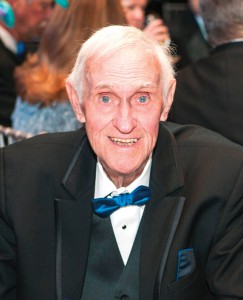 The late Ken Shipp, a 1947 MTSU graduate and NFL coach, was perhaps best known in middle Tennessee for his love of Blue Raider athletics. Soon, however, he will likely be known to future generations for creating a way for deserving students to get a college education.

University officials announced in October that Shipp, who died March 5, 2012, at age 83, decided that most of his estate would benefit the fund he established with the MTSU Foundation in 2007. A $3.5 million bequest to that scholarship fund for Rutherford County students, coupled with earlier gifts, brings the fund’s total to more than $4 million—making it the most generous donation to date for Rutherford County students.

“Starting next fall, thanks to this commitment, dozens of students each year will have the resources needed to pursue their education,” says President Sidney A. McPhee.

McPhee says the fund will help select incoming freshmen from Rutherford County public high schools who demonstrate an ability and desire to excel but for whom tuition is a major barrier.

Shipp was born in Old Hickory in 1928. He played football for MTSU’s legendary Charles “Bubber” Murphy. He was an assistant coach in the National Football League and, during the 1975 season, as interim coach of the New York Jets, he famously (or infamously) benched star quarterback Joe Namath for violating team rules.

Despite his success as a coach and his strong support of his alma mater’s athletic programs, at MTSU the Shipp name will always be most closely associated with scholarships.