Adversity: Run Away or Embrace It

Adversity: Run Away or Embrace It 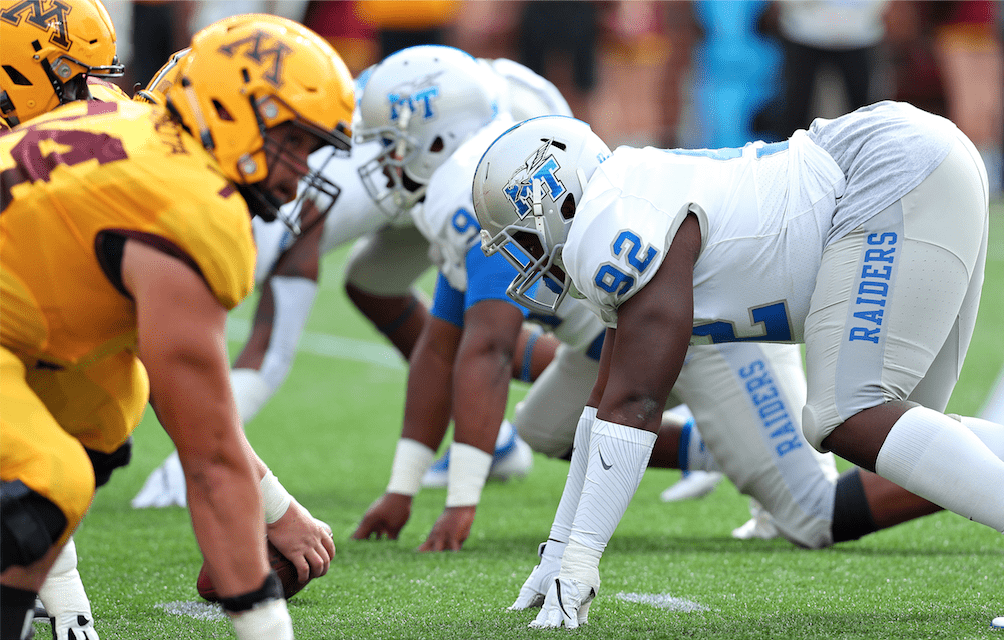 It was March 31. The day brought nice and sunny weather and a perfect morning for football. We were in the middle of our spring camp, and it was a scrimmage day. I woke up, said my morning prayer, and I specifically remember at the end of this one, I said, “Father, I don’t believe you brought me this far to leave me.”
After that, I went on with my Saturday routine, trying to treat this scrimmage the same as a game day – stretch, go get a light breakfast and then go back and stretch again – but something just felt off.
Once arriving at the facility, I got taped and dressed. During the process of that, I was thinking to myself, “I have had a good spring so far, but there is still much to prove.” My mindset going into every practice or scrimmage was to get better fundamentally, and my goal was to make two special plays a day. A “special” play for me, being a defensive tackle, would be a sack, tackle for loss or getting penetration to blow up and disrupt a play. I kept a tally of them, and I reached my goal more times than not out of the nine practices we had gone through that spring.
It was almost scrimmage time as we wrapped up our warmup with Coach Tommy West, my D-line coach. The last thing he said to the group was,

“Playing time during the fall is earned now, so go prove yourself today and the rest of these spring practices we have.”

What he said stuck with me, and that is when I knew it was time to turn it up to another level for the day.  Being on the defensive line, you must have a good rotation so your guys won’t get fatigued as fast. We had a three-play rotation for the guys up front. Me being a second-string DT, I went in on the fourth play of the scrimmage. It so happened to be a fourth-and-1 situation, and our offense was going for it. It would be huge to start the day off and set the tone for the defense if we went out and held them on the first possession.
Our offense ran a counter-type scheme play, and I got penetration in the backfield to make the play bounce outside to my linebacker, Khalil Brooks. Of course, Khalil made the play. On the stat sheet the tackle goes to him, but in the back of my mind, that counted as one of the special plays that I was keeping track of.
A couple more plays went by, and I was just making sure I did my job and not have any “loafs” to the ball.

It was the eighth play of the scrimmage and my fifth in a row of being in. I heard

Coach West yell out, “Give me a new line next play.” So, I knew this would be my last play before I got a breather. In my mind, I was thinking,

Our QB was live for contact for the play, and our offense ran a read option. He pulled the ball and ran outside. I was in pursuit of the ball trying to make a play, not knowing what was about to happen would cause a major shakeup in my football career.
As I closed in to try to get in on the tackle, my cornerback came in, ducked his head and went right into my right knee. My knee hyperextended and dislocated as soon as it happened on impact. I rolled on the ground in major pain, just thinking, “My knee is all torn up …”
Once I got carted off the field and eventually ended up in the training room, I was told I was going to need an MRI as soon as possible. The only thing going through my mind on the way to the hospital was, “How long am I going to be out?”
My doctor came out with the results, telling me that my LCL and PCL were completely torn. My ACL was partially torn, and there was a fracture to the front of my knee.
With all that being said, I knew I was going to have surgery and miss this season. I eventually got home and was alone for a minute or two, and called my dad. I didn’t know he already knew everything the doctor said, but I told him, too, and I was just emotional. I could hear in his voice he felt bad for me. The last thing he left me with was,

“Everything happens for a reason. I know this isn’t what you expected or want, but I know you will bounce back from this.”

Through the process so far, I have had my first surgery, fixing the LCL and fracture. My next one will be here soon to fix the rest.
Playing this game that I love, I have faced many challenges of adversity before, but this is by far the biggest test. Keeping a positive mindset through it all is the biggest key to me getting back fully healthy for the 2019 season. Having a healthy knee and being an impact player is my goal and motivation.
When the going gets tough, and I think about this whole situation, the main thing that stands out is adversity. You can run from it or embrace it and take it head-on. To get back and reach my goal won’t be easy, but I don’t believe my God would bring me this far to leave me.