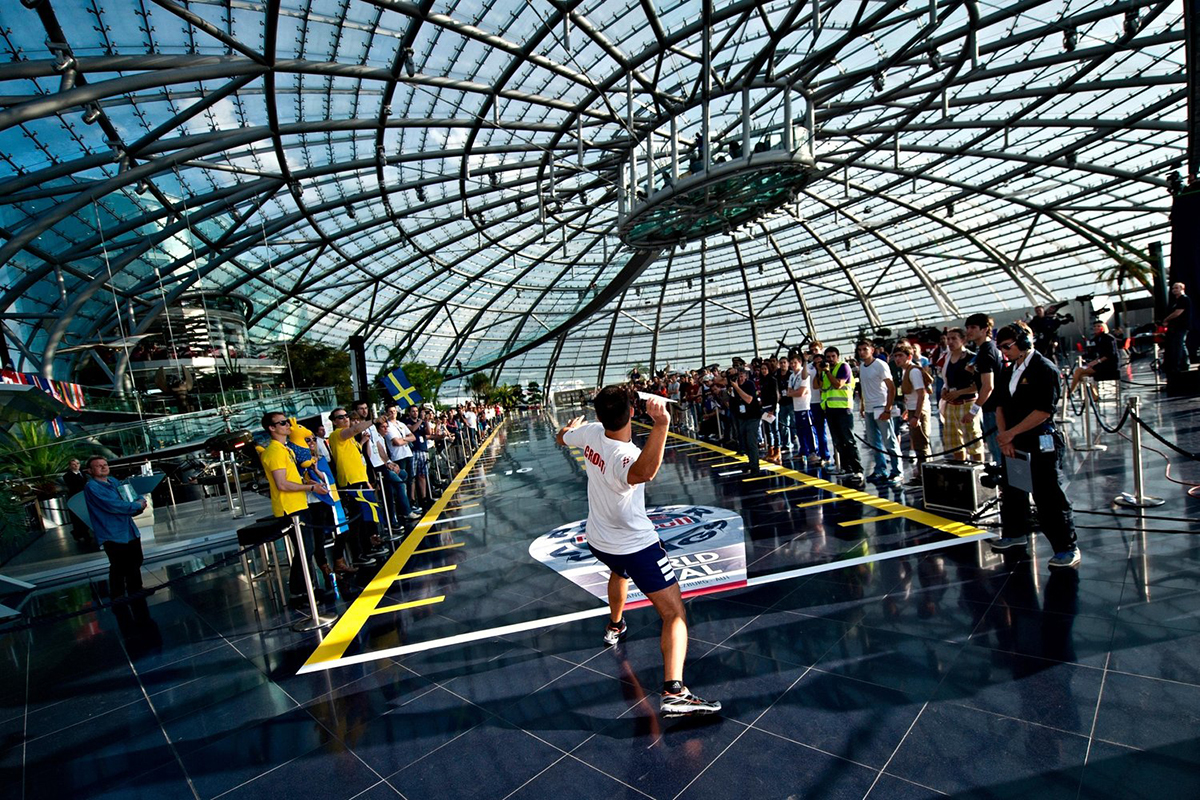 A college student competes in a past Red Bull “Paper Wings” World Final in Austria. MTSU students will be competing in a regional qualifier at 6 p.m. Wednesday, March 27, at the Donald McDonald Hangar at Murfreesboro Airport. (Photo courtesy of redbull.com)

Any MTSU students, and especially aerospace students, are eligible and encouraged to compete in the qualifying event where they can attempt to make a plain sheet of paper fly as far, as long and as artistically through the air as possible.

The national winner will advance to the world finals in May, which Red Bull is marketing as the world’s largest paper plane competition.

While they’re eligible to compete, the public is invited to attend the March 27 event.

All national winners of the three categories — longest distance, air time and aerobatics — will be invited to the world final in Austria at its Hangar-7, where the world champions will be crowned.

Lenczycki said that in addition to this event, Red Bull pilot Kevin Coleman will talk with students after the competition about his career and life as an air show pilot and Red Bull Air Race Challenger Class contender.

“Partnering with Red Bull to host their event is a great way for our students to work with a world-class partner and have a little fun as an extremely busy semester for the department moves into the final stretch,” Lenczycki said.

“It is truly a great time to be in aerospace, and this is a great way to reward our students for their hard work with a truly unique event. It should be a night that all our students will remember, and Red Bull is the perfect partner.”

Including aerospace and its various concentrations, MTSU has more than 300 combined undergraduate and graduate programs. Aerospace is one of 11 College of Basic and Applied Sciences departments.