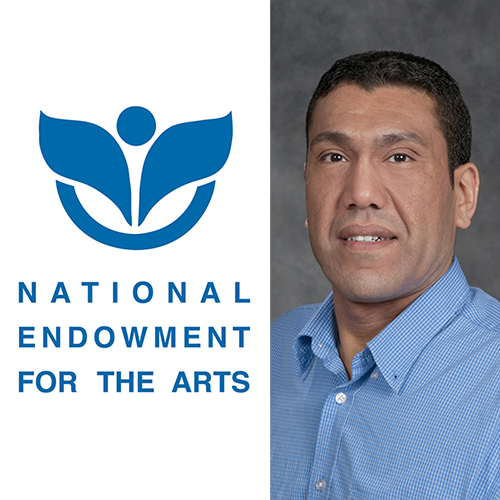 An MTSU professor will receive a $25,000 fellowship from the National Endowment for the Arts for the translation of literature.

Dr. Mohammed Albakry, an associate professor of English and applied linguistics and director of graduate admissions for the English department, is one of only 16 people in the country to obtain the coveted fellowship for fiscal year 2014.

Albakry will use his grant to support the translation of “Tahrir Plays and Performance Texts from the Egyptian Revolution,” an anthology of six contemporary Egyptian plays written by established and emerging playwrights, from Arabic to English.

“This is a very prestigious national honor that reflects the high quality of Dr. Albakry’s scholarship,” said Dr. Mark Byrnes, dean of the MTSU College of Liberal Arts.

A recipient of the MTSU Foundation’s Outstanding Teacher Award in 2010, Albakry was awarded a Fulbright fellowship to Morocco in 2012. His main research and teaching interests are in the areas of corpus linguistics, sociolinguistics, critical discourse studies and English grammar.

He also is interested in Anglophone Arab literature, stylistics of literary translation and language and identity politics in Africa and the Middle East.

Rebekah Maggor, an assistant professor in the Department of Theatre & Dance at Rowan University in Glassboro, N.J., will collaborate with Albakry on the project.

This year’s 16 NEA grants total $250,000 to 16 translators to support the translation of works into English from 13 languages and 15 countries.

Since 1982, the NEA has awarded 355 translation fellowships for works in 62 languages from 78 countries. The recommended projects range from poetry and novels to short stories, plays and creative nonfiction.

Albakry recently returned from Illinois after participating in a three-week institute funded by the National Endowment of the Humanities at the University of Illinois Urbana-Champaign.

For the 2013-14 academic year, Albakry also has been awarded a Faculty Residential Fellowship at the University of Connecticut Humanities Institute.