‘MTSU On the Record’ views COV.. 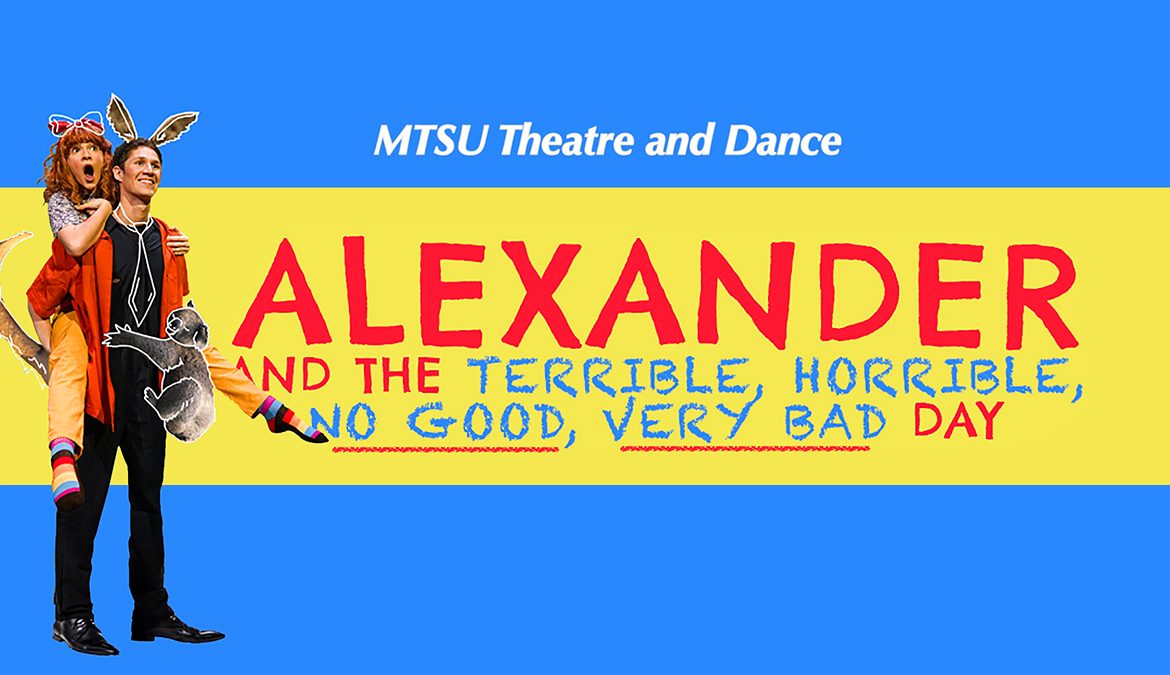 They didn’t realize it would break their hearts, too. 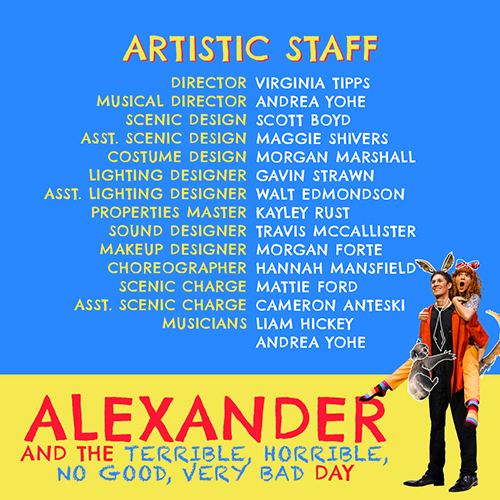 Click on the image to see the complete program for MTSU’s canceled spring 2020 musical, “Alexander and the Terrible, Horrible, No Good, Very Bad Day.”

The cast and crew of the university’s big spring musical, “Alexander and the Terrible, Horrible, No Good, Very Bad Day,” prepared for months for their April 2-5 production with games, songs and adventures, plus special training in children’s theater.

They aimed to show their all-ages audiences how much fun a child’s worst day, even one with lima beans AND a dentist’s appointment, can turn out to be.

On March 16, they learned that the university had decided to cancel the show to help protect them and their audiences amid the ongoing COVID-19 virus threat, leaving all their unique rehearsals, sets, costumes, lighting design and music unseen and unheard.

Their distinctive MTSU training and experience gave them new insights into traditional theater prep and may also be a catalyst for new career directions and diversions. 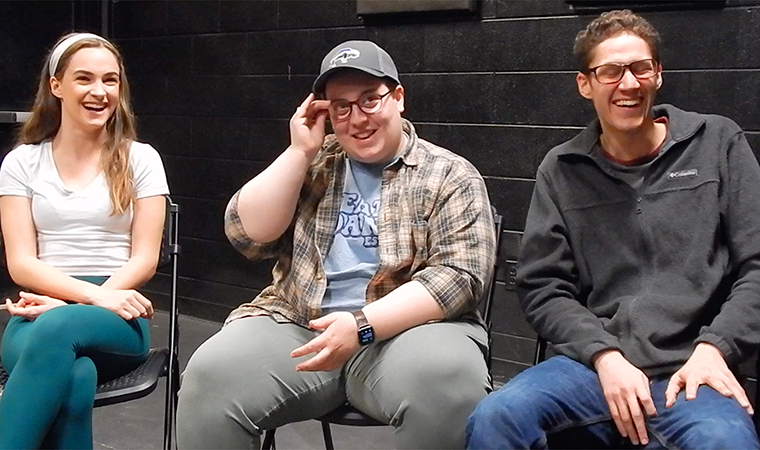 MTSU Theatre students Liv Hendrix, left, a junior from Franklin, Tenn.; Virginia Tipps, a Murfreesboro senior; and Brian Jones Jr., a senior from Chicago, laugh in the Anderson Studio Theatre during a pre-rehearsal interview for the university’s planned April 2-5 musical “Alexander and the Terrible, Horrible, No Good, Very Bad Day.” Tipps, the production’s director, learned less than two weeks later, along with Hendrix (as Alexander) and Jones (as the Dreamer/Kangaroo) and the rest of the cast and crew, that the university had to cancel the show amid the ongoing COVID-19 virus threat. (MTSU photo by Gina E. Fann.)

“Through this show, I totally discovered that I want to do children’s theater forever,” said junior Liv Hendrix of Franklin, Tennessee, who was cast in the lead role and was relishing the opportunity to show Alexander’s ADHD as a trait rarely depicted for young girls often dismissed as “fidgety.”

“I transferred here because I wanted to do more musical theater, and … now that I have children’s theater, it all clicks. I was thinking, ‘How can I share my love of education and theater for young audiences and my love of performance? Oh, I can do children’s theater!’ Now I’ve kind of discovered it and I don’t ever want to stop doing this.”

Senior Brian Jones Jr. of Chicago, whose audition and casting as the loyal Kangaroo was his first theater experience, said “Alexander” gave the group an opportunity to “bring more of that inner child out of us, the one that as we grow, we try to channel in.”

Tipps, who is graduating this semester, was honored to prepare for her final MTSU production the same way she began her student career: with Halladay.

“It is such a unique opportunity,” Tipps said. “She has told us before that children’s theater is a sacred opportunity to affect these children’s lives in such a huge way, in ways that we don’t really think about as adults, more than other types of theater. …

”I think Alex’s journey throughout the show becomes a hopeful one … And I hope that (audiences) who see it feel more inclined to treat everybody better in the real world so we don’t have as many terrible days, and that they connect to their inner child and allow themselves to play and imagine and grow with each other.”

A complete list of the “Alexander” cast and crew is included in the show program, available here.

For more information about MTSU’s theatre program in the Department of Theatre and Dance, visit www.mtsu.edu/theatreanddance.