Professor discusses his Zika virus research on ‘MTSU On the Record’ 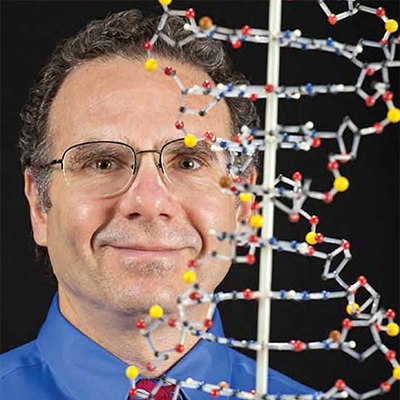 An MTSU professor whose work on stemming the spread of the Zika virus pandemic has attracted attention from pharmaceutical companies was the guest on a recent edition of the “MTSU On the Record” radio program.

Host Gina Logue’s interview with Dr. Elliot Altman, a professor in the Department of Biology, first aired June 6 on WMOT-FM (89.5 and www.wmot.org ). You can listen to their conversation below.

As of May 20, Tennessee health officials had documented three Zika cases in the state, including one in Rutherford County. With the Southeast’s typically hot, humid summer weather, public health experts are concerned that the mosquito-borne virus could become more prevalent in the United States.

Altman and Neil Bodie, a researcher based in Pasadena, California, have joined forces to alter the NS1 protein in the mosquito-spread virus in a way that prevents the virus from hijacking the victim’s natural antibodies.

In the laboratory, the scientists have developed an immune complex inhibitor they call ICI406, which has proven effective in truncating the spread of both the Ebola virus and dengue, a flu-like virus that can cause severe fever, aches and muscle pains.

“We have enough data on this compound that it could go into human drug trials,” said Altman. “We now have two patents that are filed — one on the use of ICI406 against Ebola, influenza and hepatitis, and a second for Zika.”

However, Altman emphasizes that his work is aimed at creating a treatment to keep Zika virus patients alive, not at creating a vaccine to prevent people from contracting the disease.

This is a digitally colorized transmission electron micrograph of Zika virus, which is a member of the family Flaviviridae. Virus particles, here colored red, are 40 nm in diameter with an outer envelope and an inner dense core that includes the NS1 protein. (Photo courtesy of the U.S. Centers for Disease Control)

“The problem with most viral infections is it’s really hard to develop a preventative because the viruses mutate and change too frequently,” said Altman. “By taking ICI406, you’ll suppress the immune complexes from exacerbating the infection.”

Gaining approval from the U.S. Food and Drug Administration for an investigational new drug study and human trials by pharmaceutical companies could take years.

To this point, the U.S. Senate has approved $1.1 billion in funding for Zika research, while the U.S. House has approved about $622 million, most of which was transferred from funding earmarked for Ebola research. No compromise has been reached.

The U.S. Centers for Disease Control already have documented 618 Zika cases in the 50 states and 1,114 in U.S. territories. All of the cases in the states are associated with travel to areas where the virus is rampant, which include most of Central and South America and some Pacific islands.