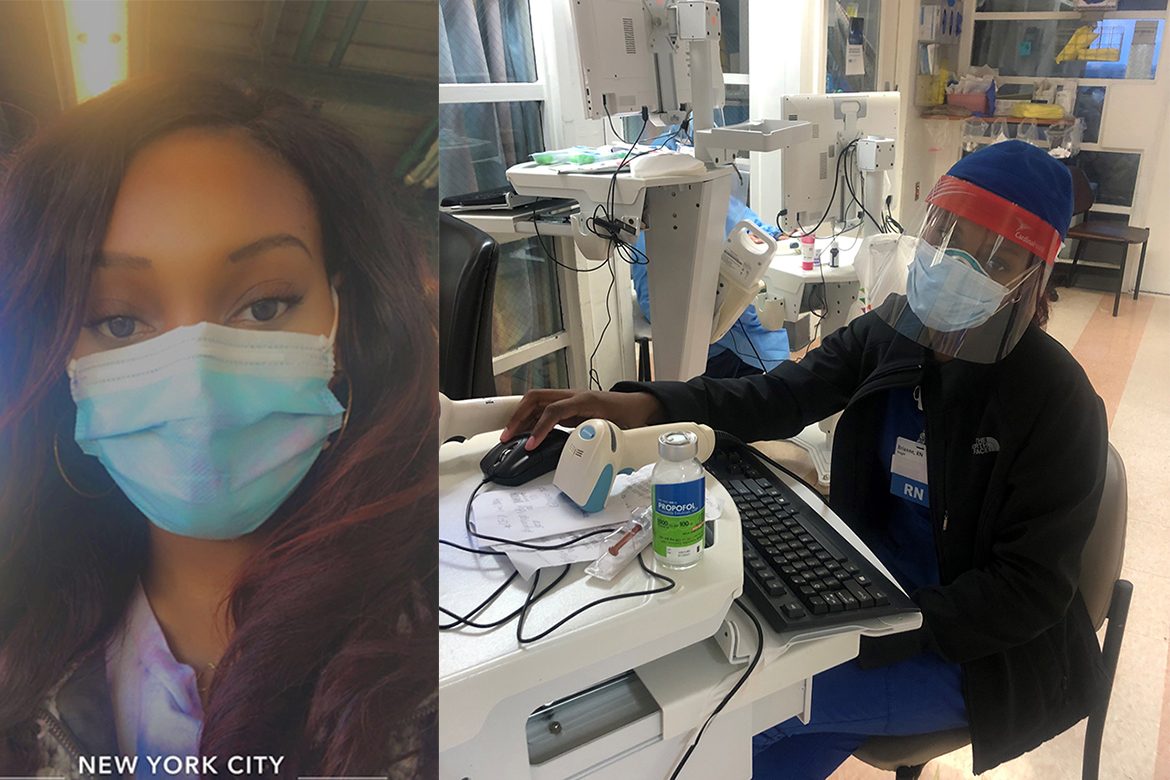 An MTSU School of Nursing alumna working as a nurse in New York City describes a horrific climate of shortages and stress as she tries to save lives from the coronavirus.

Brianne Knight, a 2017 graduate from Selmer, Tennessee, is fighting COVID-19 in the intensive care unit of a Queens hospital. Her last permanent ICU position was at Memorial Hermann in the Medical Center in Houston, Texas. In order to address the virus in one of its so-called “hot spots,” Knight accepted a travel assignment to New York. 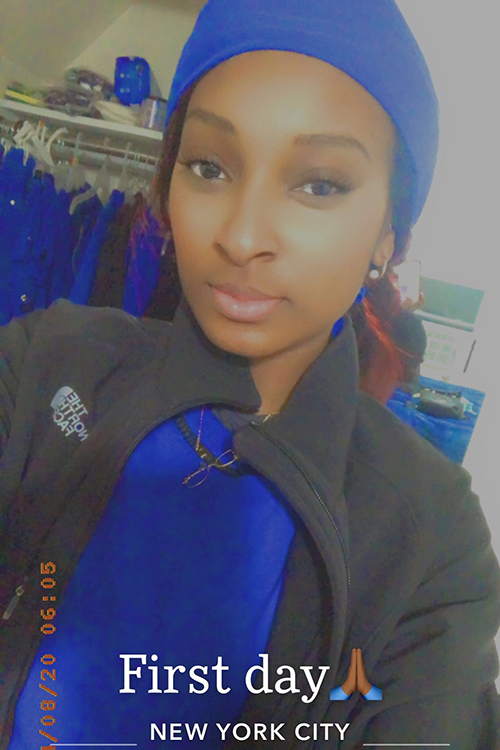 Brianne Knight, who graduated from MTSU in 2017, is serving intensive care unit patients afflicted with COVID-19 in a hospital in Queens, New York. (Photo submitted)

Equipped with only one floor designed to handle ICU patients, the Queens facility had to convert two additional floors to ICUs, she said. Since the other two floors had been medical surgical floors, Knight said they don’t afford the same functions as the regular ICU.

“For example, in ICU, your patient becomes hypotensive (low blood pressure) and bradycardic (low heart rate),” Knight hypothesized. “Your ICU monitor will alert you. On those two specific floors, you do not have the capability of monitoring your patients. We have to physically go in the room every 15 minutes to make sure they’re still alive.”

Knight said one patient can be on as many as 10 intravenous drips simultaneously, which easily could be multiplied by four or five patients. Some days all patients are not in the same room. Other days, all four patients she nurses are in the same room.

Shortages of personal protective equipment, or PPE, continue to hamper health care workers in the performance of their duties. Knight said each worker is given only one N95 mask, a top-of-the-line covering designed to protect the wearer against airborne particles and liquids, for the length of his or her contract unless it is torn or the wearer assists with intubating a patient.

“Some days we are short on gowns,” Knight said. “So we leave the same gown on to protect ourselves. That has happened only a few times. We also use the same eye shield. We wipe it off with (antiseptic) wipes and put it in a brown paper bag to use for our next shift along with our N95 mask.”

“It’s very tough to take care of that many critically ill patients,” Knight said. “The good thing is that there are more brave travel nurses coming in to help.”

Since then, Knight has obtained a bachelor’s degree in nursing and been certified as a registered nurse with expertise in cardiovascular nursing and critical care. She also is a veteran of medical missions to Honduras and Nicaragua.

“Dedication to helping people has motivated me to seek numerous opportunities to make a difference,” Knight said. “Those mission trips opened my eyes to the need for health care awareness.” 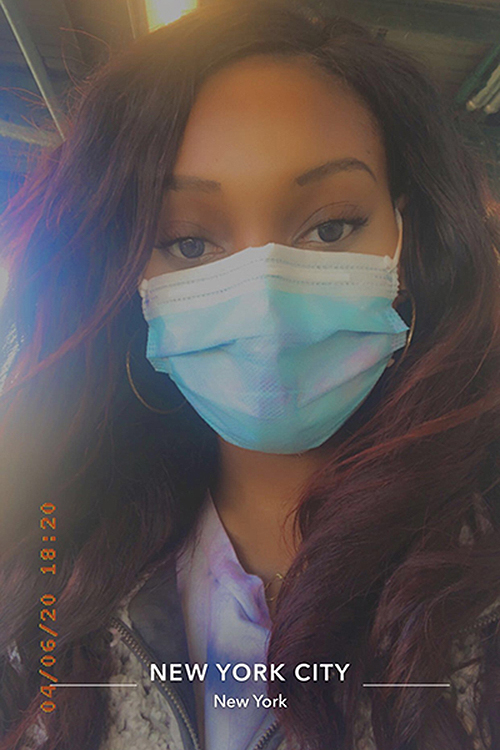 As far as the possibility of “reaching the apex” and “flattening the curve” is concerned, Knight is too busy dealing with the status quo to comment.

“We see a lot and the public hears a lot, but (they) will never see what we see,” Knight said. “I really wish the public could (see it) because then maybe people would stay home.”

Of course, not all of Knight’s patients survive the deadly coronavirus. However, she said she has to carry on because other patients still need her.

“One of my goals (is) to help extubate a positive coronavirus patient, but I have not reached that goal yet,” Knight said, referring to the process of removing the breathing tube required for patients on ventilators.

“I still have high hopes for it! As an ICU nurse, I don’t get to see these patients’ slow steps … walking out of these hospitals. I only see them at their worst. I wish I could (see them discharged) because maybe it would help me mentally.” 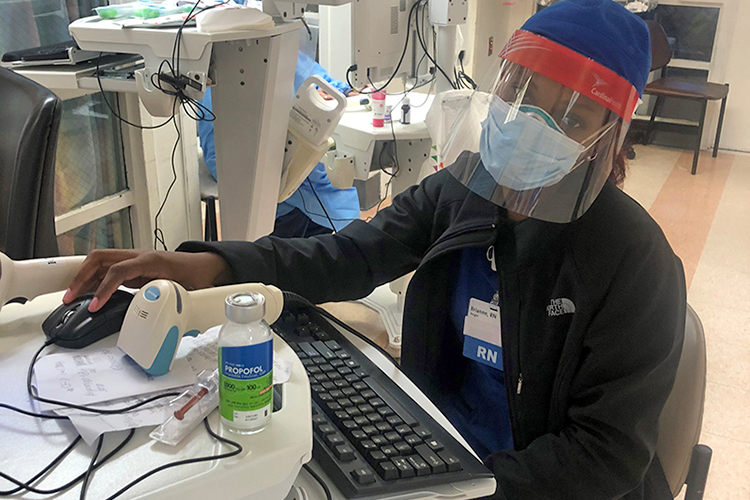 MTSU alumna Brianne Knight, dressed in personal protective equipment, enters data into a computer at a New York City hospital where she is working as a critical care nurse. (Photo submitted)