MTSU Board of Trustees approve.. 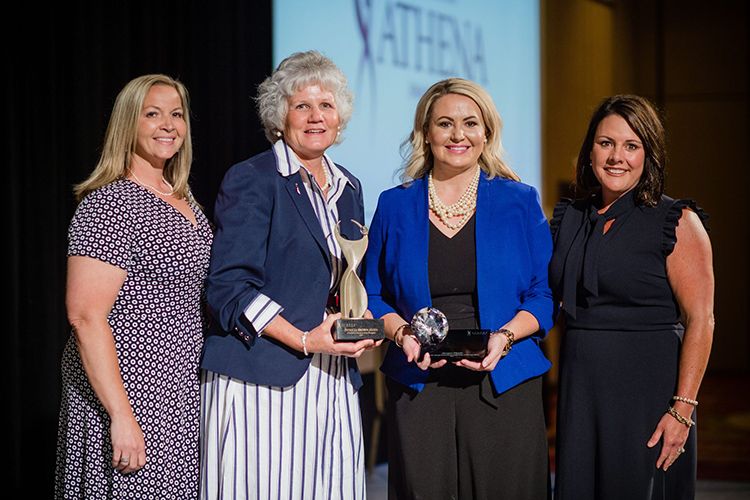 The 2021 ATHENA Young Professional Leadership Award was presented to MTSU alumna Meagan Flippin, president and CEO of the United Way of Rutherford and Cannon Counties, during a June 3 ceremony at Embassy Suites in Murfreesboro. 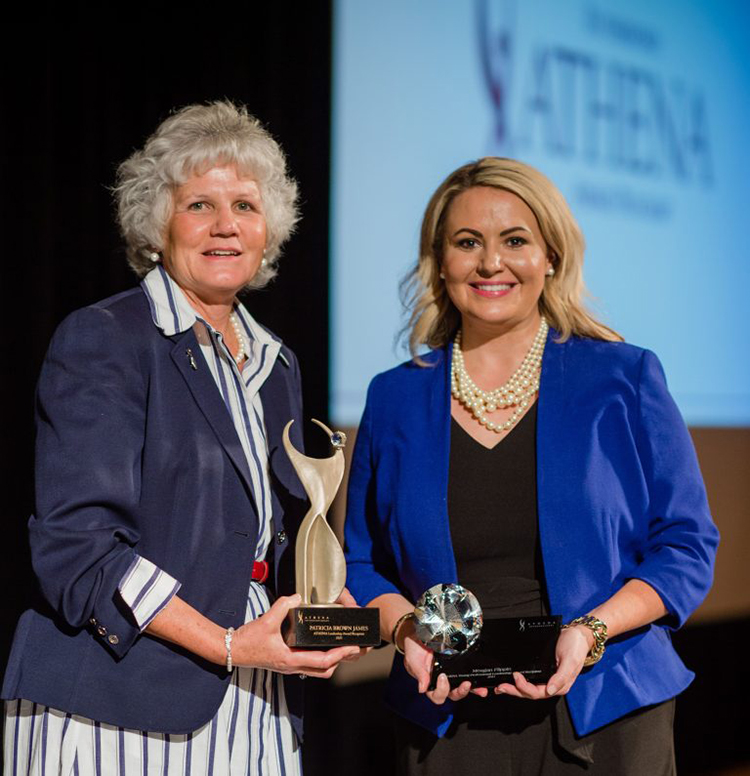 MTSU alumna Meagan Flippin, right, president and CEO of the United Way of Rutherford and Cannon Counties, holds her 2021 ATHENA Young Professional Leadership Award presented to her during a June 3 ceremony at Embassy Suites in Murfreesboro. At left is business owner and mentor Patti James holding her 2021 Rutherford ATHENA Award. (Photo courtesy of Rutherford CABLE)

The ATHENA Award recognizes an individual who excels in her profession, gives back to the community, and helps raise up other leaders, especially women.

The Young Professional Leadership Award recognizes an emerging leader under 40 years old who exemplifies the ATHENA attributes and serves as a role model for young women.

Flippin earned a bachelor’s degree in public relations (’07) and a master’s degree in strategic leadership from MTSU (’08) and an MBA from Vanderbilt University.

“I’m honored to be nominated among so many individuals who embody the Athena principles … I want to thank you for letting me be a part of this community. It’s been my pleasure to give back,” Flippin said in a news release from women’s advocacy organization RUTHERFORD Cable.

She was also a 2019-20 recipient of the MTSU Alumni Association‘s True Blue Citations of Distinction for Service to Community.

Said James: “Madeleine Albright has a saying ‘there’s a special place in hell for women who do not help other women.’ From here, I can see that Rutherford County has a great future for the next generation of women.”

Rutherford ATHENA also presented two scholarships, one for $3,000 to Amanda Hawk, an MTSU student who is studying criminal justice, and one $1,500 scholarship to Allison Sordelet, a Motlow State Community College student, who is completing her general education for later completion of a bachelor’s of nursing at Austin Peay State University.