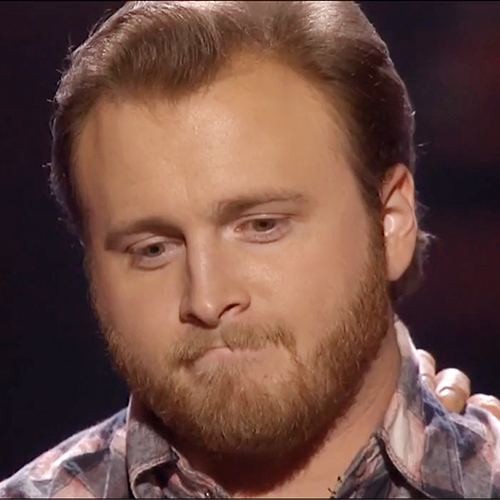 MTSU alumnus Ben Briley almost made it to the “American Idol” top 10.

The 2013 MTSU advertising and public relations graduate had to sing for his professional life March 13 after judges criticized his live performance for a second straight week and audience votes left him in the reality show’s “bottom three” contestants.

Even revisiting “Stars,” a song he’d sung twice before on the show, to try to convince the celebrity judges to save him wasn’t enough.

“I will not be outworked,” Briley tweeted about two hours after the show aired locally March 13.

“Look out Nashville bc when I come home I’m kicking doors in. Thank you all for the support and kind words.”

Briley offered a new sound in his live performance March 12, covering Elton John’s “Bennie and the Jets” and playing piano.

Pegged as a soulful country-rocker in baseball caps and boots, the Gallatin, Tenn., resident appeared with slicked-back hair, a velvet jacket and a posh waistcoat to perform “Songs from the Movies” among the Fox reality show’s 11 finalists.

The “American Idol” celebrity judges, however, were more concerned with his sound than with his new look.

“I’m a little bit confused because you were so country last week, and this week it’s Elton John … I’m trying to figure it out,” judge Jennifer Lopez told Briley on the March 12 episode. “I think you’re trying to figure it out too, but that’s part of the competition. I thought it was a good vocal performance; I don’t know that it suited who you are, even though it was a song you grew up with.”

“It felt kinda like a lackadaisical walk through the song,” Connick said as Briley listened closely. “It didn’t feel like it had a purpose.

“Another thing is I never know if we’ve really heard the real Ben. There seems to be a slight affectation to your voice, a very throaty sound, and I’m just looking forward to the week when we can hear you where it doesn’t sound like a play.”

“What I’m struggling with, Ben, what I loved about you in the audition was this easy authenticity about your performance and the way you sang,” Urban said. “It was easy, it was effortless, it was believable, and now it seems to have all these things around it that don’t feel authentic. I’m just wondering who you are as an artist.”

“Let me tell you how tight this vote was,” host Ryan Secrest said March 13 in the show’s final minutes. “.07 percent separated these last two (Briley and contestant Majesty Rose) in that vote last night.”

That dwindling audience support and his final performance seemed to convince the judges.

“Ben, we love your voice. We’ve loved it from day one,” Urban said. “What we’ve gotta see is a kind of artistic growth, and we don’t collectively feel like we’ve necessarily seen that as much as we’d wished we had at this stage. We love you, man, and unfortunately we can’t use our ‘save’ on you tonight.”

Unfortunately, the loss also marked the end of Briley’s “American Idol” connections for this season. The top nine finalists join the newly crowned “American Idol” winner for a national concert tour each year.

Secrest told Briley he would “have an incredible future,” adding, “you’ve been so fun to have on the show, my friend,” before presenting a going-away video montage of the singer-songwriter’s adventure.

“We’re gonna miss him,” Secrest added as the episode ended. “A class act.”

Briley made an impression early in the season 13 competition, wearing a blue Middle Tennessee ball cap and belting out Amos Lee’s “Arms of a Woman” a cappella in his Atlanta audition last summer, leaving the judges agog.

“If you sang a capella on the radio right now, I would pull to the side of the … I might crash my car,” Urban told a smiling Bailey after that audition, which aired as part of the Jan. 23 episode. “I just really love the sound of your voice.”

As the competition continued, however, the judges began to warn Briley not to let his “entertaining” side overcome his artistry.

Briley and two fellow contenders, also country singers, called themselves “Backstreet Cowboys” and harmonized on the Backstreet Boys’ “I Want It That Way,” complete with a bit of boy-band choreography, on the Feb. 6 episode. He soloed on Grace Potter’s “Stars” that night, too, after initially performing it in a cattle-call performance in Hollywood soon after the auditions.

Briley wound up competing for the first time for an audience vote Feb. 13 when the judges couldn’t decide between him and another contestant to round out this season’s top 30.

“I just had a feeling I’d be here, the last one,” Briley, 24, murmured on the Feb. 13 episode, shaking his head. “It’s really my future, my career, here that’s on the line. … This show is the ultimate test to show how good a musician you are.

“I want to pursue a career in music because I believe I’m good enough where I can make a career out of it for the rest of my life.”

A taped montage of interviews and performance preparation during the Feb. 19 episode included a conversation with “American Idol” mentor and former judge Randy Jackson, who asked Briley about his musical heritage.

“It started with my great-grandmother; she was one of the first women on the (Grand Ole) Opry,” Briley told Jackson, referring to Kitty Cora Cline, who played dulcimer on the historic radio show from 1928 to 1934, “and my mom (Tribby Graves Briley) sings and plays. She was kinda the Taylor Swift of the ’70s.”

Briley then walked out live onto the “American Idol” stage and confidently boomed out the old Allman Brothers favorite “Soulshine,” showcasing his picking skills with an electric guitar solo.

“You’ve got a great voice,” Urban told Briley as the studio audience cheered that night. “I think that’s your strongest suit. And that’s gotta be the first shredded solo we’ve seen on ‘American Idol.'”

On the Feb. 26 episode, Briley paid tribute to Johnny Cash on what would have been Cash’s 82nd birthday with a raucous uptempo cover of “Folsom Prison Blues.”

Connick called Briley’s high-speed rockabilly version of Cash’s classic “unquestionably the best song of the night,” even though Briley was only the fourth of the 13 semifinalists to perform in the first 40 minutes.

After joking that the tempo was “particularly brisk,” Urban was balanced with his praise for Briley.

“You’ve got such a good voice. You have real artistry,” Urban told the 24-year-old Briley in that episode. “All I ask of you is that you be careful when you try to do ‘entertaining.’

“Don’t ever sacrifice your artistry in the midst of it, because there’s always a fine balance between a performance coming off as a bit kitsch or you having fun and owning it artistically. You’ve got the ability to do that.”

“Every gig I’ve played, I’ve opened the show with it (‘Folsom Prison Blues’), and this is a gig, the start of my career, and this is how I wanna start it,” Briley said before that live performance.

Lopez applauded Briley’s performance, telling him, “The feeling was there. You had me. That’s what I’ve been looking for all night.”

“I did not connect with it, and it felt shouted to me,” Connick told a concerned-looking Briley as several audience members booed.

“We don’t need to belabor the fact that you’re talented; everybody in this room is talented. I’m just waiting for a knockout performance from you, and I have not really seen it. And I don’t think everybody disagrees with me. It was okay. It wasn’t great.”

Urban sandwiched his constructive criticism with slices of praise.

“In the case of that song, there was so much on the technicality of the notes and the range and everything else, I lost the story. I lost the emotion from you. My advice to you is (to) worry a lot less about the technicality. You’re so good that you could lean into that mic, close your eyes and not move a muscle and you would hit me way more, because you’ve got that kind of a voice.”

Appearing slightly embarrassed but still happy, Briley thanked them and shared a platter of deviled eggs, brought out by Secrest, with the judges. Briley earlier had said one of the things he missed the most about being “home” is deviled eggs.

Briley’s segment on the Jan. 23 episode also featured footage of him and his wife, fellow MTSU grad Courtney Sanders Briley, at home and outside Atlanta during the auditions.

Courtney Briley received her bachelor’s degree in recording industry in 2012, and the couple married shortly after Ben’s graduation. Ben repeatedly praised Courtney for her support of his musical career, explaining that she’d convinced him to audition for “American Idol.”

Briley’s talk of his wife and Tennessee, along with his caps, was pinpointed in his fellow contestants’ affectionate parodies in a behind-the-scenes video that aired during the March 5 episode. Connick also often teased Briley, who wore an MT Baseball cap during his audition, with the nickname “Brother Gumbo.”

“Some things in life you just can’t pass up, and this is one of those things,” Briley said of the reality show opportunity.

“American Idol” airs locally on WZTV-Fox 17. Each season’s initial shows winnow thousands of hopefuls down via auditions in several cities to 10 to 60 contestants from each town, sending them to sing in more performance rounds in Hollywood and Las Vegas. Up to three dozen contestants advance from those rounds into the semifinals and, ultimately, to a group of finalists who perform live weekly for audience votes.

The winner of “American Idol,” usually announced in late May, receives a major-label record deal and a management contract and performs on tour with fellow finalists.

You can watch Briley’s audition and his “Backstreet Cowboys” trio via Dailymotion videos below. The complete episodes also are available at the “Idol” website.