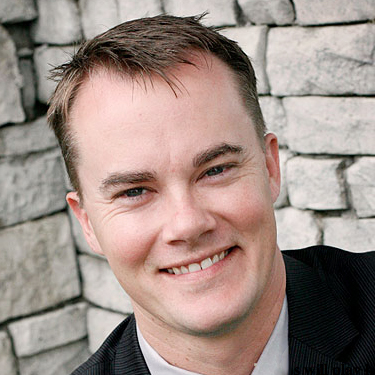 Growing up on a small family farm in Ottawa, Kan., Justin Ochs developed an interest in auctions when his father took him to them.

Ochs — pronounced “Oaks” — attended MTSU, earning a master’s in animal science in 2007. While a student, he worked in the horse-science center as assistant barn manager.

Now living in Hendersonville, Tenn., with his wife, Kelly, and their son, Weston, Ochs credits Dr. Dave Whitaker and the MTSU horse-science center staff with guiding him toward his most recent professional achievement: International Auctioneer Champion at the 63rdInternational Auctioneers Conference Show July 17-21 in Spokane, Wash.

“When I made the decision to enter the auction industry, Dr. Whitaker and his staff immediately supported my decision and assisted me in making industry contracts that were monumental in building my career,” said Ochs, 33.

“The horse-science staff is dedicated to helping you achieve success at the highest level, no matter the path you choose.”

In 2004, Ochs started an announcing business, leading him to enroll at Missouri Auction School. After graduating, he said his career gained momentum when some of the world’s largest auction companies contracted his services.

In 2009, Ochs took the opportunity to try out for the famed Barrett-Jackson “World’s Greatest Collector Car Auction” and earned a position on the auction team during the live quarterly broadcasts on the SPEED channel.

The next auction will be broadcast in September from Las Vegas. Other Barrett-Jackson sales occur in Scottsdale, Ariz.; Palm Beach, Fla.; and Orange County, Calif.

“He’s a magician with a mic in his hand,” MTSU’s Whitaker said of Ochs. “In addition to being a super auctioneer, he is one of the most sought-after horse-show announcers in America.”

Whitaker said that when Ochs was at MTSU, he “always was looking to improve and be the best at whatever he was doing. He built two round (livestock) pens for us here and all the horsemen who see them admire the quality he committed to each pen. He also built some fences that had that mark of excellence.”

The pair first met when Ochs was an undergrad student and on the horse-judging teams at North Eastern Oklahoma Community College and then Kansas State.

“Even then, you could sense that he wanted success and was willing to work and commit to long-term effort,” Whitaker said.

Ochs and women’s division champion Lynne Zink will serve as ambassadors for the quarter-trillion-dollar auction industry.

“Out of thousands of auctioneers across the country and abroad, currently only 25 hold this title,” Ochs said. “This honor will provide greater opportunities not only individually but will also allow me to recruit greater talent .”

Since 2004, he has owned Diamond Ochs Enterprises LLC, which offers auction marketing of all types of real and chattel property, traditional real-estate sales, real-estate investment and real-estate claims adjustment.