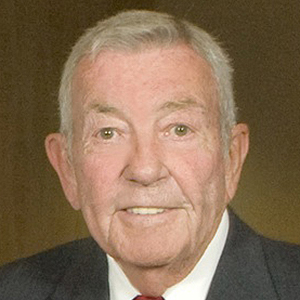 Funeral arrangements have been announced for longtime MTSU supporter George Gardner, who died March 3 at age 83.

A memorial service will be held at 11 a.m. on Saturday, March 15, at First Presbyterian Church in Murfreesboro with the Rev. John A. Hinkle officiating.

The Murfreesboro resident and MTSU alumnus conceived the Tommy T. Martin Chair of Insurance at MTSU, organizing and leading the campaign to generate funds for the newly created chair in the late 1970s and early 1980s.

An Indianapolis native, Gardner was very active in the MTSU Alumni Association, serving as president and board member, and was named a distinguished alumnus in 1989. He and his wife, Charlotte, also established a leadership scholarship at MTSU.

“He was a longtime friend and tireless worker for MTSU,” John Hood, MTSU director of community engagement and support, told The Daily News Journal.

Gardner was responsible for raising $200,000 of the original endowment for the Martin Chair, which has risen to more than $1.4 million. To date, the Martin Chair is the only one of its kind in the state and one of only a handful in the entire country.

Gardner spent his entire 36-year insurance career with State Farm Insurance. In 2012, he was among three insurance professionals inducted into the Robert E. Musto Tennessee Insurance Hall of Fame at MTSU.

Gardner was also recognized for his avid support of the Discovery Center at Murfree Spring in Murfreesboro, where he served as president, board member and fundraiser and was personally responsible for raising over $1.3 million for the new building on Broad Street, according to his obituary.