‘MTSU On the Record’ serves sp.. 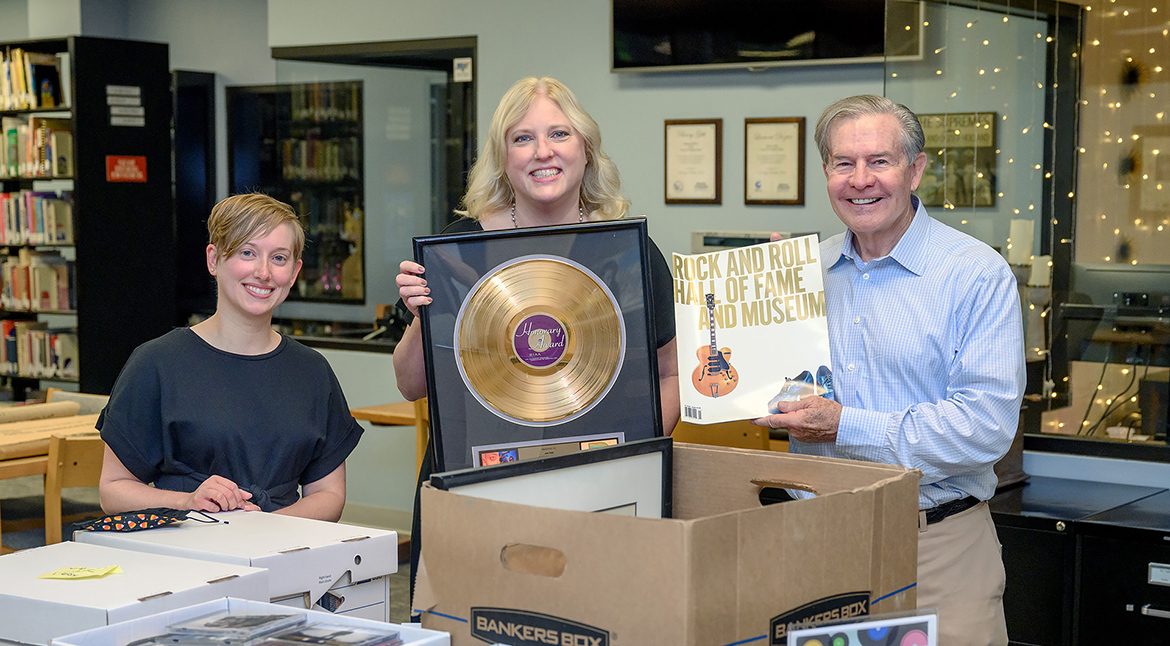 An MTSU alumnus has given his alma mater a wealth of unique artifacts from his life in the music industry.

The collection includes photographs, autographs, ticket stubs, backstage passes and programs from such events as the Grammy Awards, the Academy Awards and some 20 Rock & Roll Hall of Fame induction ceremonies.

Much to his wife’s consternation, “I kept all this stuff,” Free said. 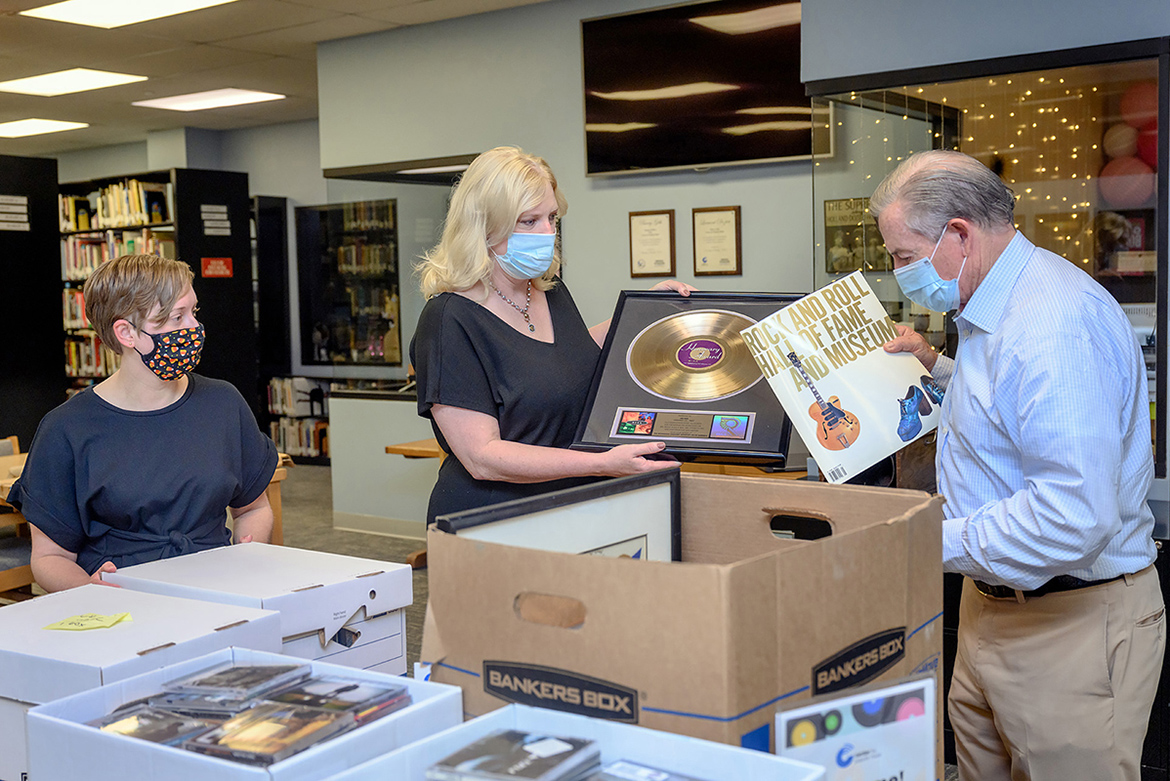 MTSU alumnus Jim Free, right, a member of the Country Music Association board, shows the musical memorabilia he collected from his decades in show business to archivist Rachel Morris, left, and Beverly Keel, dean of the College of Media and Entertainment on Monday, Aug. 16, inside the Center for Popular Music in the university’s Bragg Media and Entertainment Building. Free donated ticket stubs, event programs and other artifacts to the CPM. (MTSU photo by J. Intintoli)

“Here at the Center for Popular Music we are thrilled and honored to be receiving valuable research materials from such a distinguished alumnus as Jim Free,” said Greg Reish, center director.

Free, a Columbia, Tennessee, native and co-founder of a Washington, D.C.-based consulting firm, said it all started when he was an MTSU student who would slip backstage at the Grand Ole Opry on Friday and Saturday nights with help from his friends Gary Newman, son of singer Jimmy C. Newman, and Jimmy Howard, son of singer Jan Howard and composer Harlan Howard.

“There I was, a college kid, sitting in Roy Acuff’s dressing room,” Free recalled.

Much later, after he had entered politics as special assistant to the president for congressional affairs in the Carter Administration, Free returned the favor by introducing Acuff to U.S. Sen. Howard Baker of Tennessee in Washington.

By then, Free had earned a bachelor’s degree in political science in 1969 and a master’s degree in public administration in 1972 from MTSU. He also served as the university’s assistant director of admissions.

“I am grateful that he is donating to MTSU the priceless artifacts he has collected along the way,” said Beverly Keel, dean of the College of Media and Entertainment.

“Jim has always been so generous with the university and its students. This is another example of how he personally gives of his time and resources to change our students’ lives.”

In addition to the musical memorabilia, Free also is donating about 15 boxes of Sony movies on DVDs and laser discs that will be housed either at the James E. Walker Library or the Department of Media Arts.

“He’s had a remarkable career as a policymaker and has worked closely with the music and entertainment industries over the years,” Reish said. “It’s wonderful that he recognizes the value of his legacy and is entrusting us to preserve part of it for future generations to learn from it.” 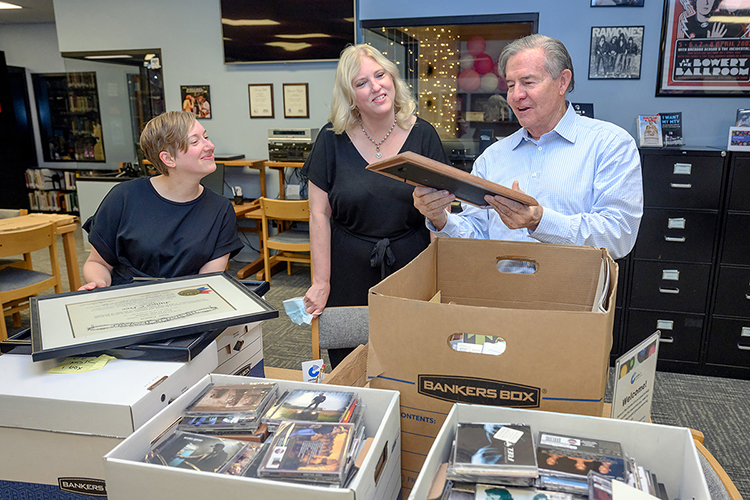 Rachel Morris, archivist; Beverly Keel, Dean of the College of Media and Entertainment; and Jim Free, MTSU alumnus and member of the Country Music Association board, examine event programs, ticket stubs, backstage passes and other entertainment artifacts that Free donated Monday, Aug. 16, to the Center for Popular Music in the Bragg Media and Entertainment Building at MTSU. (MTSU photo by J. Intintoli)

The Center for Popular Music was established in 1985 as a state-sponsored Center for Excellence and became part of the College of Media and Entertainment in 2009. Its mission is to “promote research in American vernacular music and to foster an understanding and appreciation of America’s diverse musical culture,” according to its web page.

“I’m honored that MTSU wants this collection and thrilled that it will be there for people to learn from and enjoy,” Free said.

For more information, contact the Center for Popular Music at 615-898-2449 or Reish at gregory.reish@mtsu.edu.