Robert Powell Jr., who graduated from MTSU’s College of Liberal Arts with a bachelor’s degree in international relations in 1991, was promoted from colonel to the one-star rank of brigadier general during a ceremony on Dec. 15 at Fort Gordon, Georgia. 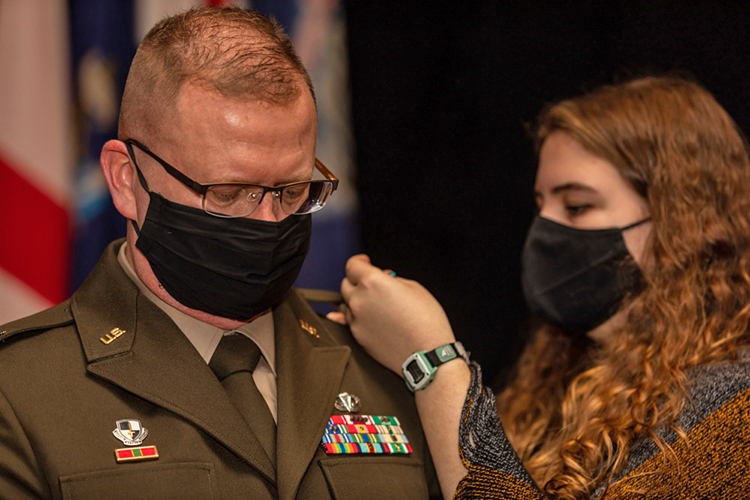 With the promotion, Powell will serve as the deputy commanding general, cyber, of the 335th Signal Command (Theater). He commanded the Army Reserve’s Cyber Protection Brigade from 2016 to 2019.

Powell, who came to MTSU from Shelbyville Central High School, becomes the 17th general officer in the 50-year history of MTSU’s Army reserve officer training corps program. He started his Army career as an Armor officer with the 1st Cavalry Division at Fort Hood, Texas, and joined the Army Reserve in 2004 as a military intelligence officer.

“It’s a big deal to be selected to become a general officer,” Hager said. “Out of over 200,000 people in the Army Reserve, there are less than 130 general officers. The jump from colonel to flag officer is a very competitive endeavor.”

He told the family that Powell’s promotion to general officer comes with increased sacrifice.

“This is a major event,” Hager said. “This appointment and promotion come with a very large commitment. I often tell leaders that when you are a colonel with 25 to 30 years you are ‘seriously dating the Army. When you become a general, you are married to the Army.'” 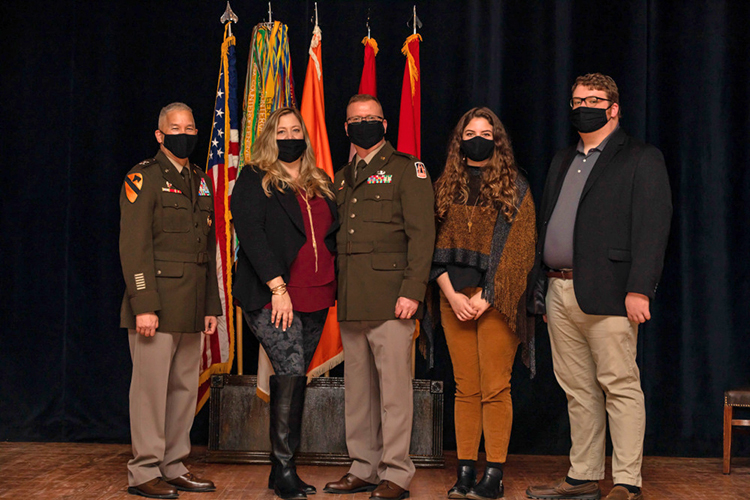 The two officers met during a deployment with the 335th Signal Command (Theater) (Provisional) in Kuwait and Hager shared stories about Powell’s character during that deployment and his time as a battalion and brigade commander.

Hager, who’s first assignment as a general officer was with as the deputy commanding general of the 335th Signal Command (Theater), recruited Powell to the Cyber National Mission Force when asked to find talented senior officers for U.S. Army Cyber Command.

He said Powell’s experience as an intelligence officer and commander of the Army Reserve’s only Cyber Protection Brigade helped develop some of the Cyber National Mission Force’s unique capabilities.

“Rob is well-rounded and as a general officer is much better prepared to help the intelligence, signal, information advantage and the cyber enterprise.”

Hager reiterated to the family that they should be proud of Powell’s promotion.

“Rob is the first United States Army Reserve General Officer to come from the cyber branch. That is significant since it demonstrates to our younger troops that there is a path to general officership.”

Hager then presented Powell with his promotion certificate and the new general’s family joined him to uncase and unfurl his crimson one-star flag.

After reaffirming the Oath of Office, Powell thanked those who helped him during his Army career.

“A person does not achieve this position by themselves,” Powell said. “I would like to start out by thanking my guide for all of the enlisted I have served with from my platoon sergeant to my brigade sergeant major and for all of the warrant officers that have been so key to my success and my company, battalion and brigade commands.”

Powell continued by thanking the officers, Department of Defense civilians, contractors, and the civilian companies he’d served with during his 33 years of service. 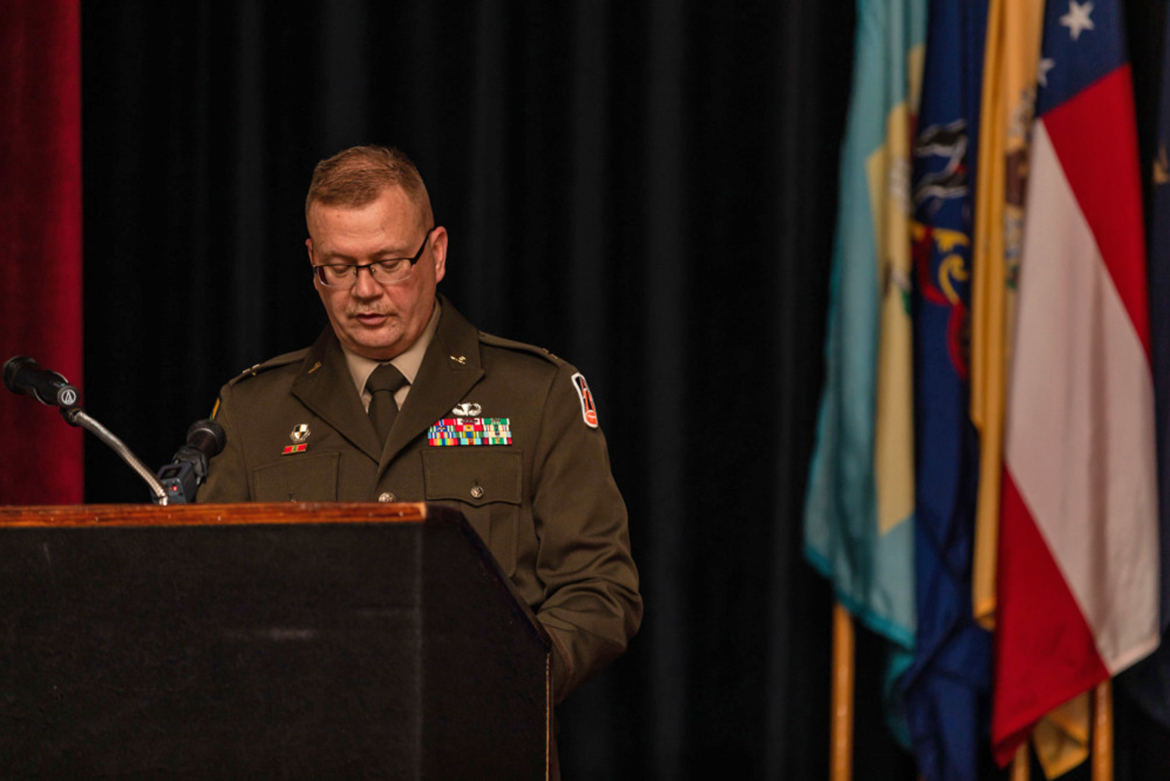 Powell recounted his recent experience serving with joint cyber warriors as part of the Cyber National Mission Force and said the experience reminded him of Army Reserve Cyber Soldiers bringing their civilian skills to bear in defending networks.

“It was truly amazing to work with all of these young rock stars and see how the different services come together and as a team, they arrive at solutions faster than as individual services,” he said.

Powell said that the Army Reserve would continue to play a significant role in the cyber mission with its unique and sought out skills.

“It was very evident in my time at Fort Meade that information warfare is growing in complexity, and we must continue to move in a direction to address these challenges,” he said.

“Signal, IO, and Cyber in the same organization. Truly the forces needed to fight the information warfare component of the multi-domain battle are coming together, and I truly look forward to being part of that team,” he said.