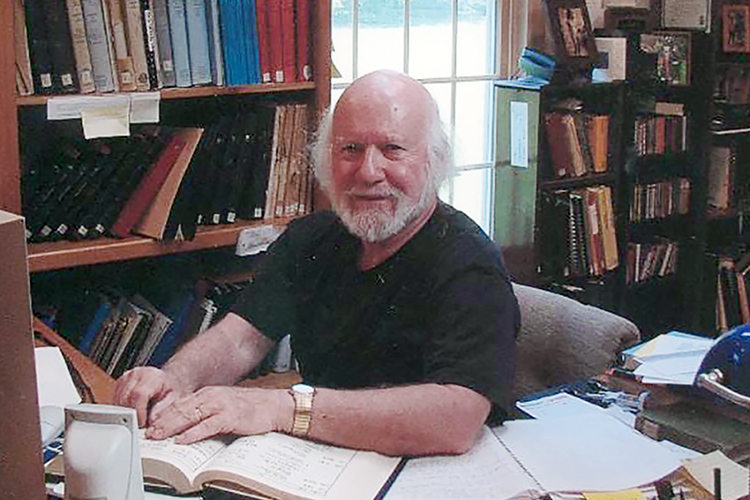 His trademark is a distinguished white beard, not a battered fedora, but Penn State archaeologist Dr. Donald B. Redford’s discoveries will still impress fans of Indiana Jones.

The topic of his free public address is “Mendes: City of the Ram and Fish, Microcosm of Ancient Egypt.”

Redford is a professor of classics and ancient Mediterranean studies at Penn State and a noted expert on the 18th dynasty Amarna period of ancient Egypt.

The director of research projects at the Temple of Osiris and the Mendes Excavations, Redford has been featured in series and documentaries on A&E, The History Channel, and the BBC. He and his wife, fellow Penn State professor Dr. Susan Redford, also direct the Akhenaten Temple Project in Egypt and northeast Africa.

He also is the author of several books, including “Akhenaten, The Heretic King”; “Israel, Canaan and Egypt in Ancient Times”; “The City of Ram-man: The Story of Ancient Mendes” and numerous articles.

During his nine-day visit to MTSU, which is coordinated by the College of Liberal Arts, Redford will meet for formal and informal classes and workshops with undergraduates, graduates and faculty.

The Strickland Visiting Scholar Lecture Series allows students to meet with renowned scholars whose expertise spans a variety of historical issues. The Strickland family established the program in memory of Dr. Roscoe Lee Strickland Jr., a longtime professor of European history at MTSU and the first president of the University’s Faculty Senate.

For more information about Redford’s lecture, contact Connie Huddleston at 615-494-7628 or  Connie.Huddleston@mtsu.edu.