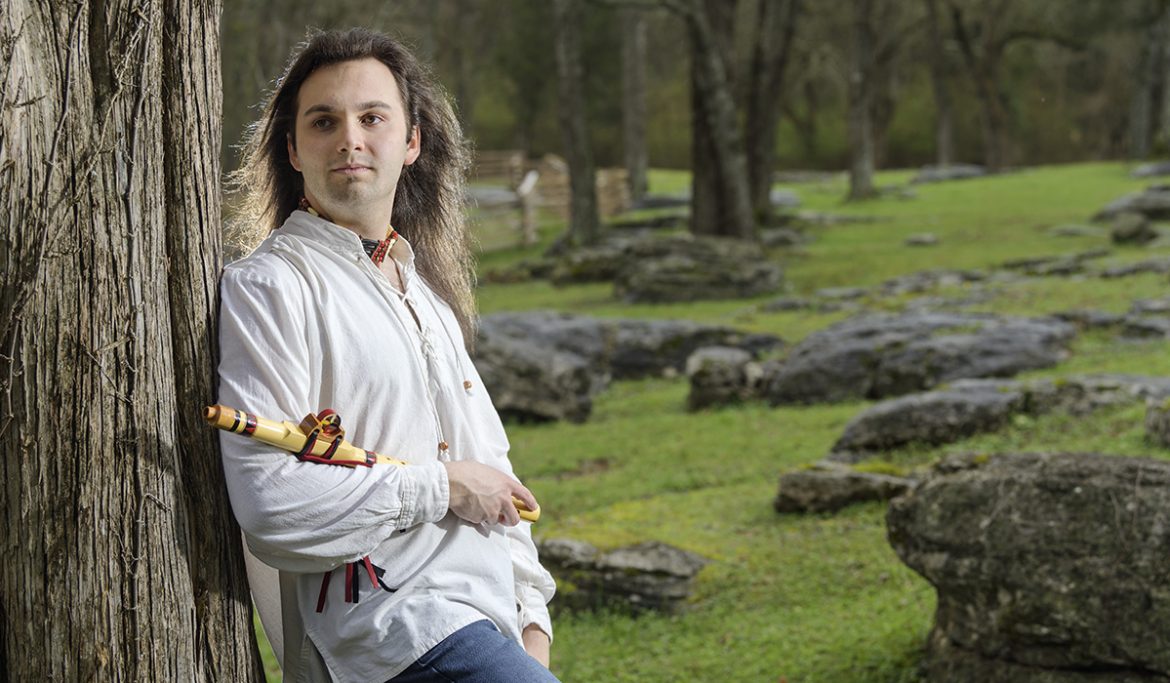 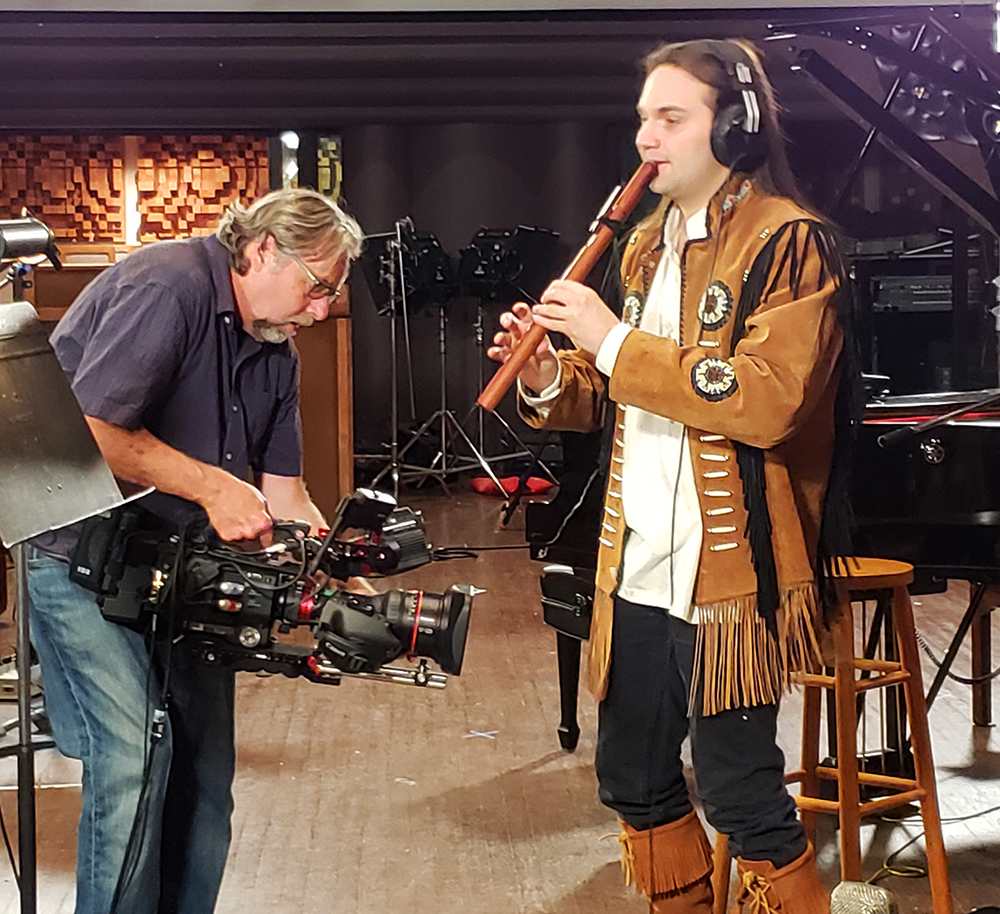 The gates of an unassuming private road 30 miles north of San Francisco swing open to allow Gareth Laffely, a junior MTSU transfer student majoring in marketing, to enter. Laffely, 20, turns left at Lake Ewok to arrive at Skywalker Sound, a massive recording studio where E.T.’s voice came to life and “Raiders of the Lost Ark”’s iconic theme was laid to tape. The studio is part of the famed Skywalker Ranch established more than 40 years ago by George Lucas, creator of, among other films, the “Star Wars” movie franchise. Neither the ranch nor Skywalker Sound is open to the public. If you’re there, it’s because you’re there for a purpose. And Laffely, a student in MTSU’s Honors College, has a clear purpose.

Laffely, sometimes known professionally as “Gareth,” is an uber-talented multi-instrumentalist known most prominently as a flautist who, at the age of 17, became the youngest artist to reach No. 2 on the Billboard New Age chart. He is of Native American ancestry — a bloodline that prominently traces back to the Mi’kmaq (pronounced “mickmaw”) and Cree tribes. Laffely recently enrolled at MTSU to pursue marketing as a means to help him promote his career as a musician after earning an associate degree from Volunteer State Community College. His passionate performances of original compositions that promote social justice and historical awareness are helping to propel him to bona fide status as an impact activist for the Native American community.

He wrote the title song of his debut album, “The Journey” (2015), to honor the Native Americans who died along the Trail of Tears, an abhorrent chapter of American history when President Andrew Jackson ordered Native Americans forcibly removed from their ancestral lands in the Southeast. Four thousand members of the Cherokee Tribe alone died during the harrowing march at gunpoint to lands set aside west of the Mississippi River.

“I wrote this song to honor their spirits,” Laffely speaks, as an acoustic guitar repeats a refrain in “The Journey,” easily evoking heavy footsteps carrying an entire people far from their ancestral homelands.

Laffely’s use of music as a tool for advocacy dates back to early childhood. He was playing drums by age 4, and his parents—who are both musicians—enrolled him in classical piano at age 5.

“Through music, I’ve always been able to express how I feel,” Laffely said.

When he was 12, a lifelong family friend died of cancer.

“She and my mother used to be in a band together and would play music with me when I was a little kid — she taught me the power of music. Years later, she was misdiagnosed as having stage 1 cancer when it was really stage 4,” Laffely said. “It was so hard for her to let go and to leave her family behind. I wrote a song called ‘Move On’ and partnered with the American Cancer Society to spread that message through different parts of the country.” 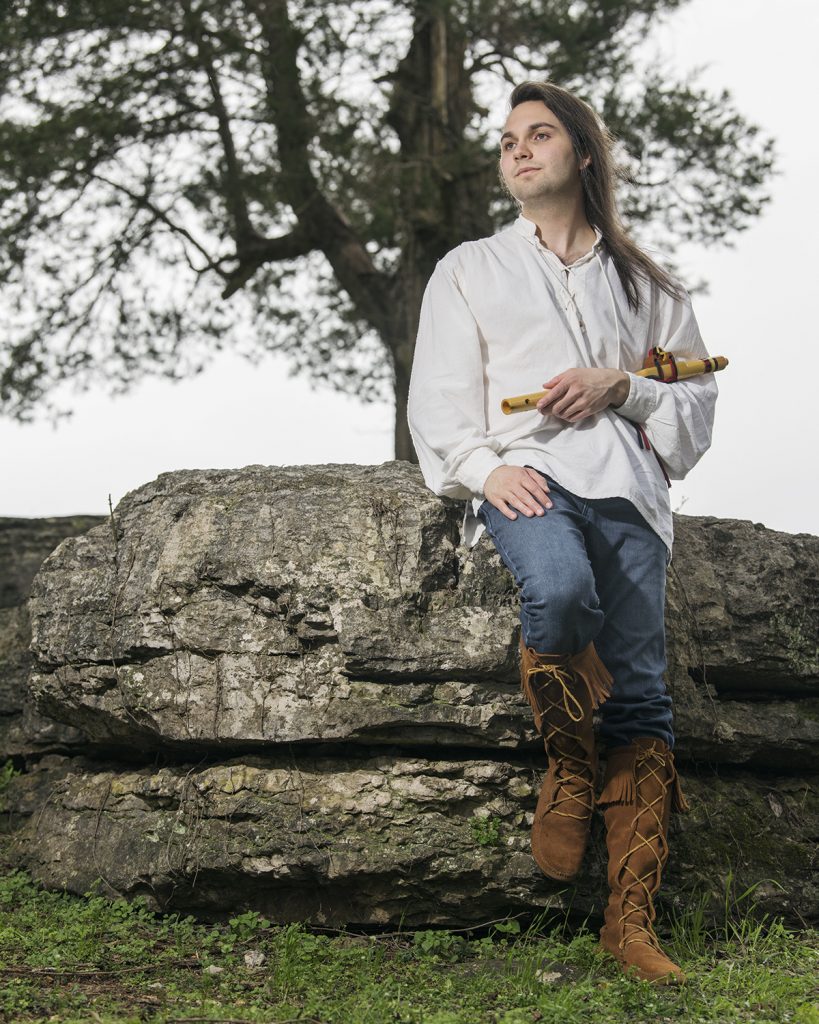 The next year, Laffely used music to rise above being bullied. And he found a way to illuminate an elevated path in the hope others being bullied might follow.

“In response to being bullied, I wrote a song called ‘This Time,’” he said. “Whatever you’re going through, you always have the choice to say ‘I’m not going to take this anymore’ and step away from a situation.”

Ironically, he was being bullied for practicing martial arts.

“A friend started teasing me, and that developed into something more,” Laffely said.

“It stopped being playful teasing, and it showed me bullying can be physical or mental — and that it can also be from a friend. That’s why I wanted to create this school program that showed people being bullied how to get away from that and get help. I was 13. At 14, I toured elementary schools in Maine, Kentucky, Florida, and Tennessee.”

Years later, a tearful fan told Laffely after a show that his music had saved her life.

“Music can have a purpose and a power to touch people on a deep level,” he said. “Music can heal.

“I was performing at a powwow at Long Hunter State Park, and a woman told me that that my performance the year before had helped her to decide not to commit suicide. I want to use music to make differences like that on a large scale.”

In his new release, “Voices of the Guardians” (2018), Laffely teamed up with Emmy-winning composer and producer Lance Bendiksen. The 12-song LP prominently features the artist playing a traditional Native American flute carved from wood.

“The type of flute I play is a minor pentatonic scale. Actually, it’s a courtship instrument,” Laffely said. “If a man plays it outside a woman’s home, and she comes out to see who’s playing it, they would marry. After they married, he would wrap the flute in a blanket and hide it. If he were to play that flute again, it would mean he was looking for another woman.”

Interested in reviving use of the traditional instrument, Laffely traveled to Penobscot, Maine, to the reservation once known for crafting it.

“They used to make the flute on the island, but not in the past 100 years,” he said. “I worked with the reservation to bring back production of the flute.” 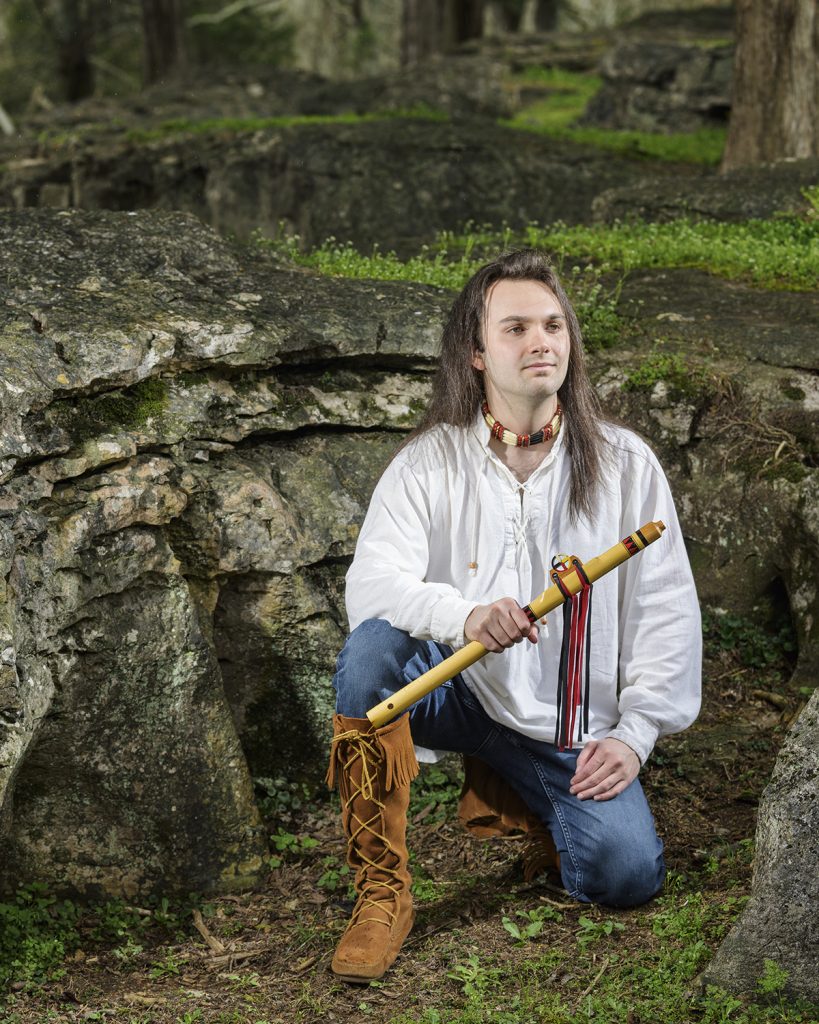 The songs on “Voices of the Guardians” tell stories from Native American cultures around the country. Actor Wes Studi, who has appeared consistently in major films since “Dances With Wolves” in 1990, provided narration for seven of the songs.

“We wanted to raise awareness of Native American culture by telling the stories of Native American leaders,” Laffely said. “The last recording was at Skywalker Ranch in California, but we also recorded in Montana, New Mexico, New York, and Nashville.”

Studi is a Native American of Cherokee descent.

“Wes is an advocate of young Native American people stepping out of their communities and making a difference,” Laffely said. “We recorded with him in Santa Fe. He plays bad guys in his movies, but he’s an awesome guy and so easy to work with.”

“Gareth is a quite a talented young man, both in his music writing and flute performances,” Studi said. “As a fellow musician, I found it a true pleasure to work with him on ‘Voices of the Guardians.’ I was fascinated to learn he taught himself to play. And how he uses his talent today to bring awareness to important issues is an inspiration to many generations.”

“Wes is actually a very good guitar player, and we got to do some jamming with him,” Laffely said. “I was playing flute, and we had a little fun on the spot.”

The album inspired a fascinating 26-minute documentary, called “Spirit Song,” on the stories told through the “Voices of the Guardians” album. It is available for viewing on the GoUSA smartphone app.

Many of Tennessee’s best and brightest freshmen begin their academic careers at MTSU’s Honors College. The college also attracts honors students like Laffely who take a less traditional, but increasingly popular, route to campus.

Transfer students have been chosen to participate in MTSU’s innovative Honors Transfer Fellowship program since the 2013–14 academic year. The program was modeled after the popular Buchanan Fellowship, which is awarded to 20 outstanding incoming freshmen each year. Students who participate in the Honors Transfer Fellowship receive $3,500 per semester for four semesters of work. It is the highest academic scholarship for students transferring from other schools.

The University Honors College received support for the Honors Transfer Fellowship from the Division of Student Affairs, the Provost’s Office and from President Sidney A. McPhee. Philip E. Phillips, associate dean of the Honors College, and associate professor Rebecca King designed the fellowship seminar.

Attracting honors transfer students and helping them succeed has academic and financial benefits for the university, Honors Dean John R. Vile points out.

“Transfer students often bring unique life experiences,” Vile said. “They help keep us honest because they have a point of comparison. “The beauty of students who have already completed two years of work elsewhere is that we already know whether or not they are prepared for college work.”

Laffely, as his life story exhibits, has has plenty of unique experiences. And he has channeled those experiences to do good for others. He recently received both MTSU’s Community Service Award and the Harold Love Outstanding Community Involvement Award from the Tennessee Higher Education Commission –– one of only a handful of students and faculty or staff members in the entire Tennessee higher education system selected for the honor that recognizes significant public service. The award is named for Harold Love Sr., who served on the first Metro-Nashville Council in the early 1960s and later in the Tennessee House.

To read this story and others from the latest volume of Areté, click here. 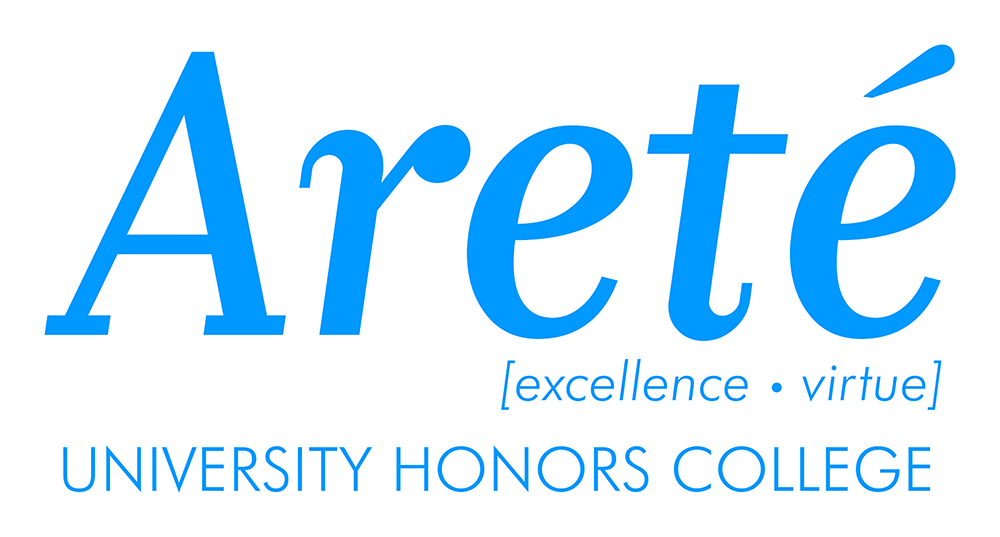