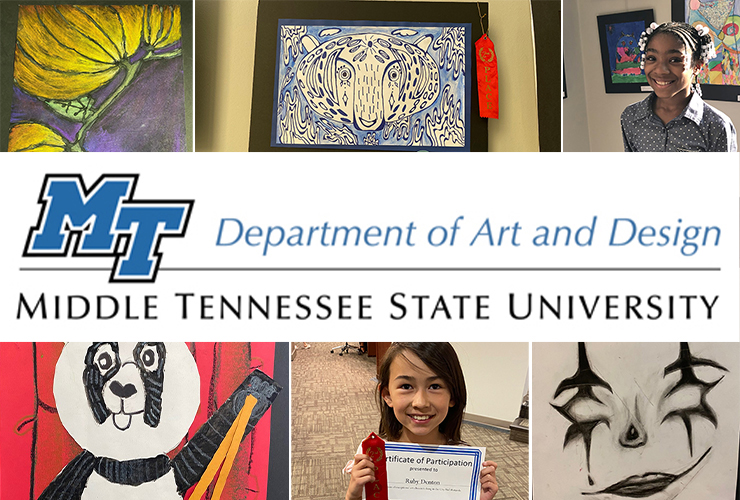 This yearly event is curated from artwork from students of Middle Tennessee county and city school districts and private, religious and home schools. 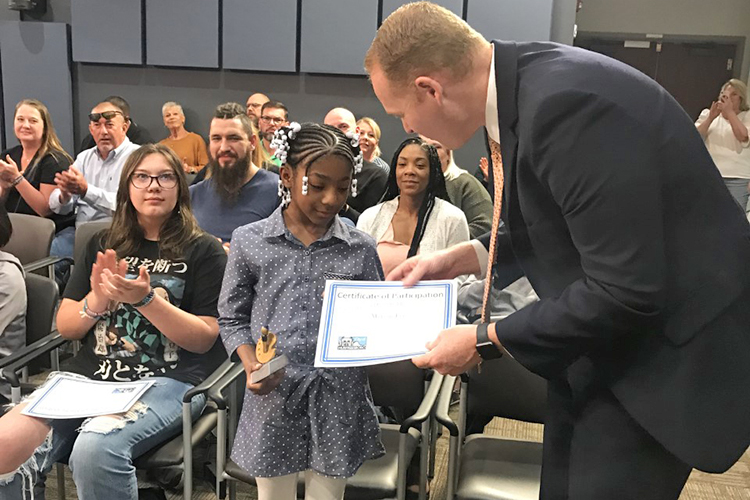 Free parking is available in the Jones Hall parking lot adjacent to Todd Hall. A campus parking map is available at http://bit.ly/MTSUParking.

The exhibit will include the work from Murfreesboro City Schools students recently announced as the 2021-2022 winners of the Murfreesboro Student Art Show.

The 32nd annual art show, held at the Murfreesboro City Hall Rotunda, highlighted student art selected by each school’s art teacher as the Best of MCS in art and design. See the full list of the MCS winners here.

The complete art show can be viewed on CityTV here. 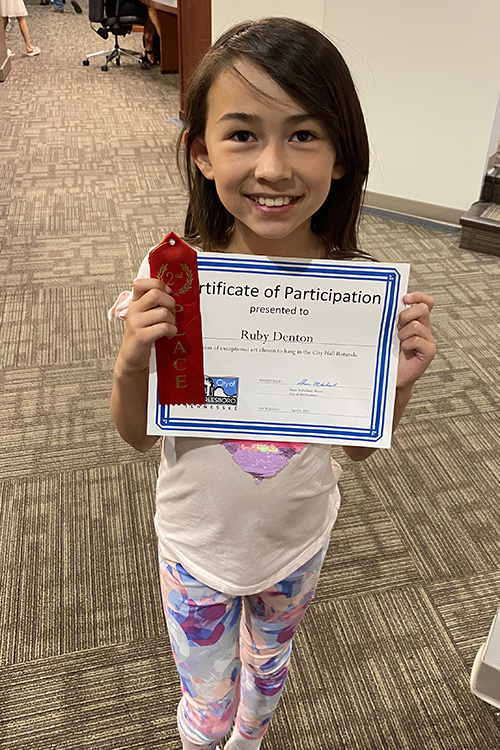