MTSU Board of Trustees hold Ma..

If the show must go on — and for MTSU’s Department of Physics and Astronomy it does — professor John Wallin has a plan in place for the March Star Party.

Wallin will conduct a virtual talk for his “Stone Circles and Seasonal Alignments: Neolithic Astronomy in England.” It will begin online at 7 p.m. Friday, March 20, at www.twitch.tv/fwallin, but viewers will need to download a plug-in and establish an account on Twitch.tv, Wallin said. 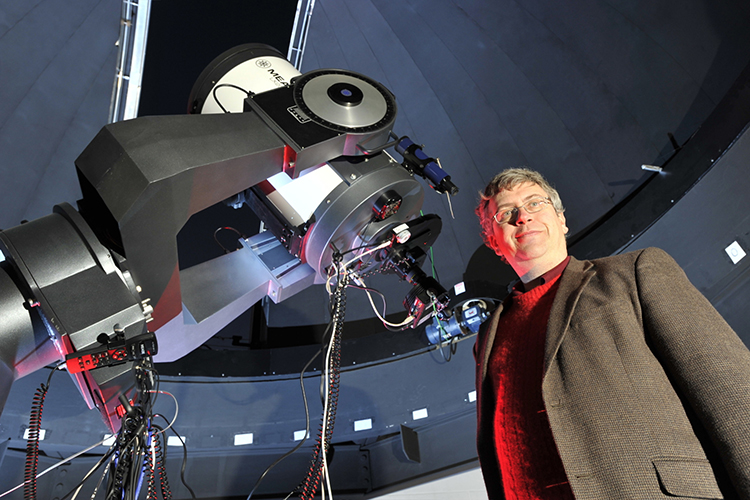 MTSU Star Parties are a way for the department to bring MTSU, Murfreesboro and surrounding communities together. With all on-campus events canceled because of COVID-19 concerns, however, Wallin will be in his own home rather than Wiser-Patten Science Hall.

Viewers/listeners can be home, too, or at a location where internet access is available. And during the live event, people can text him questions and he will try to answer them during the talk.

Wallin said the subject “is based on my exploration of Stone Circles we have seen in the MTSU Signature Study Abroad Course: The History of Astronomy in England.”

Wallin said he will have plenty of graphics, demos and maps to illustrate how Neolithic structures in the United Kingdom are aligned, with seasonal sunrise and sunset directions.

He added that people could expect some technical glitches, but that “tests suggest the video and audio quality are pretty solid.”

The software used for the broadcast is Open Broadcaster, or OBS, and available and free from http://obsproject.com. MTSU TV (Educational Resource Channel at MTSU, Comcast Channel 9) will rebroadcast the talk at a time to be announced.

Part of the College of Education, the Educational Resource Channel originates from the Center for Educational Media at MTSU. It has broadcast under the auspices of the Murfreesboro Cable Television Commission since 1999. It is Murfreesboro and Rutherford County’s Community Education Channel.

MTSU has more than 300 combined undergraduate and graduate programs. Physics and astronomy is one of 11 College of Basic and Applied Sciences departments. 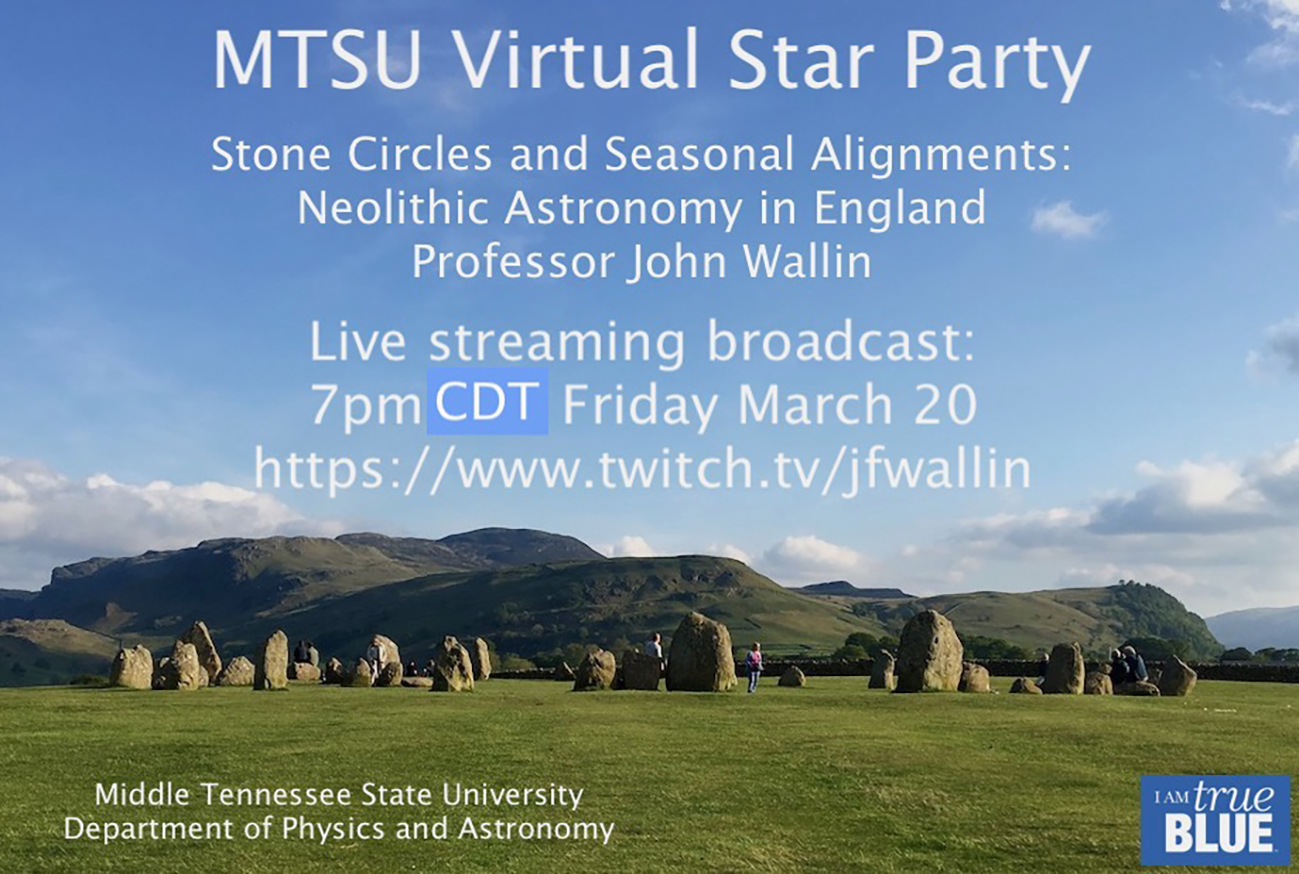