McPhee to Board of Trustees: M.. 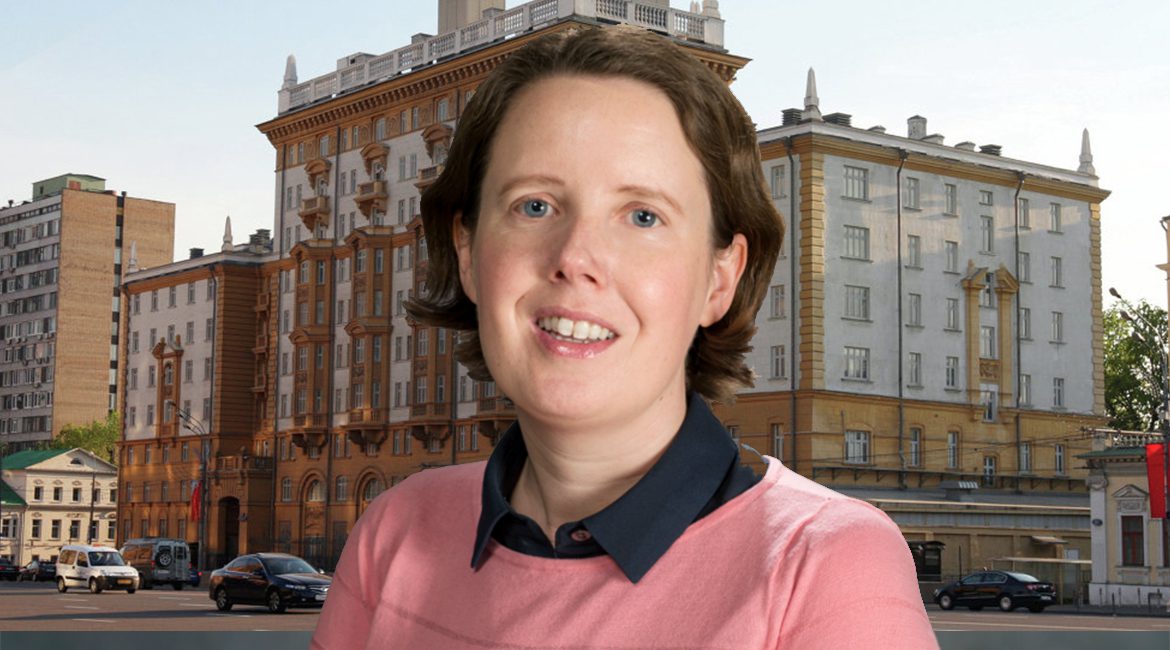 An MTSU scholar will go to Russia this summer to conduct research into one of the strangest incidents of the Cold War.

Dr. Emily Baran, an assistant professor of history in the College of Liberal Arts, will investigate the “Siberian Seven,” a group of Pentecostal Christians who sought refuge in the basement of the U.S. Embassy in Moscow in 1978 to avoid persecution by the Soviet regime.

Baran’s two-month stay in Russia is being funded by a $6,000 grant from the National Endowment for the Humanities. She’s already perused newspapers and other publications in this country, including the papers of the Rev. Billy Graham, and she plans to use the trip to visit the State Archive of the Russian Federation.

“It’s a challenge for … historians to get themselves over to the archives where they need to do their research, and this kind of funding is just absolutely essential to doing significant work on topics in the Soviet Union,” Baran said.

In June 1978, eight members of two Siberian families who practiced the Pentecostal faith made a mad dash for the American Embassy in Moscow in a last-ditch effort to gain religious freedom. Soviet guards tackled, beat and sent one of the protesters back to Siberia. The other seven made it into the building.

This put both countries in a no-win situation. The United States couldn’t get the Pentecostals out of the USSR without exit visas, which the Soviets largely refused to grant until the final years of the Soviet Union’s existence.

For the Soviets, the standoff brought increasing world attention to their continuing crackdown on the practice of any religion, especially Christianity.

While religious organizations could seek registration with the government, the restrictions accompanying registration were tantamount to banning religion altogether.

The “Siberian Seven,” a group of Russian Pentecostals who wanted to emigrate to the West to escape religious persecution during the Cold War and lived in the basement of the U.S. Embassy in Moscow from 1978 to 1983 to try to accomplish their goal, are shown in this undated photo. Standing, from left, are Mariya Chmykhalov, Augustina and Pyotr Vashchenko; seated are Mariya’s son Timofei Chmykhalov and three of the Vashchenkos’ daughters, Lidiya, Lyubov and Liliya.

In 1982, after a hunger strike, one of the “seven” had to be hospitalized. She recovered, but the publicity surrounding her plight finally put pressure on the Soviets to negotiate in good faith. Graham visited the group that year during his trip to Moscow but didn’t accommodate their demands that he denounce communism and publicly plead for their release.

Ultimately, the USSR allowed the seven original protesters and several dozen other Pentecostals to leave in June 1983, traveling to Israel and ultimately to the United States.

“It touches on a lot of bigger issues, in particular, this transnational movement by Christians in the West, in Europe and the United States, and Soviet Christians to try to work together on issues of human rights and religious freedom behind the Iron Curtain,” Baran said.

While the implications for world and religious history are important to Baran, she said it’s equally important for her to ensure those who endured the ordeal are paramount in her work.

“I think their story is just so compelling on a human level that I want to be able to tell it in a way that doesn’t lose that, that retains a very personal dimension,” she said.

Baran earned her bachelor’s degree from Macalester College and her master’s degree and doctorate from the University of North Carolina. Her areas of expertise include the Soviet Union, the post-Soviet world, religious history, human rights, and church-state relations.

The U.S. Embassy in Moscow is shown in this recent photo by Sputnik International photographer Iliya Pitalev.