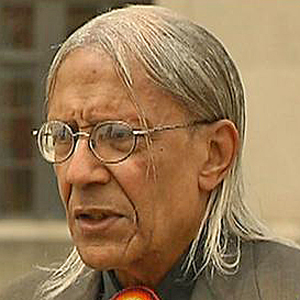 The ongoing demonstration by Native Americans against a pipeline construction project that would cross a reservation in North and South Dakota will be discussed Thursday, Nov. 17, at MTSU.

Attorney Albert Bender, a Cherokee activist from Antioch, Tennessee, will discuss what he has witnessed at the Standing Rock Indian Reservation at 4:30 p.m. Nov. 17 in Room N119 of the Cason-Kennedy Nursing Building. Bender’s talk is open to the public, but seating is limited.

A printable campus parking map is available at http://tinyurl.com/MTSUParkingMap. Off-campus visitors attending the daytime events should obtain a special one-day permit from MTSU’s Office of Parking and Transportation at www.mtsu.edu/parking/visit.php.

The Standing Rock Indian Reservation, which spans parts of both North and South Dakota, is the scene of demonstrations against the construction of the Dakota Access Pipeline, an oil pipeline that stretches from northwestern North Dakota to southern Illinois and crosses land that reservation residents consider significant to their history, culture and religion.

The opponents also assert that the pipeline would pose a threat to the reservation’s sole water supply, the Missouri River.

Bender will share information from his visit to protest camps located outside the pipeline site earlier this year. He also will shed light on the lawsuit filed by the Standing Rock Sioux Tribe in hopes of stopping the pipeline.

For more information, contact the Office of Intercultural and Diversity Affairs at 615-898-5812 or ida@mtsu.edu.