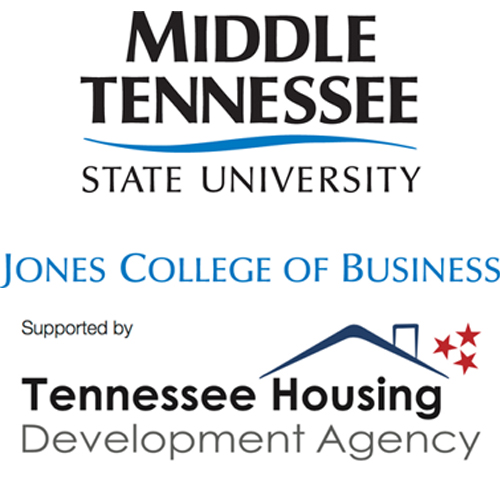 Tennessee’s housing market got off to a strong start in the first quarter of the year with year-over-year growth in housing permits and home prices, according to the latest statewide housing report from the MTSU Business and Economic Research Center.

Report highlights include the following:

The report, which is funded by the Tennessee Housing Development Agency, provides regular metrics on the state’s housing market. See the full latest report and previous reports with detailed breakdowns and summaries at http://mtsu.edu/berc/housing.php.

Under contract with the THDA, MTSU’s BERC releases the “Tennessee Housing Market” report each quarter.

The report offers an overview of the state’s economy as it relates to the housing market and includes data on employment, housing construction, rental vacancy rates, real estate transactions and mortgages, home sales and prices, delinquencies and foreclosures.

The Business and Economic Research Center operates under the Jennings A. Jones College of Business at MTSU. For more information, visit http://mtsu.edu/berc.