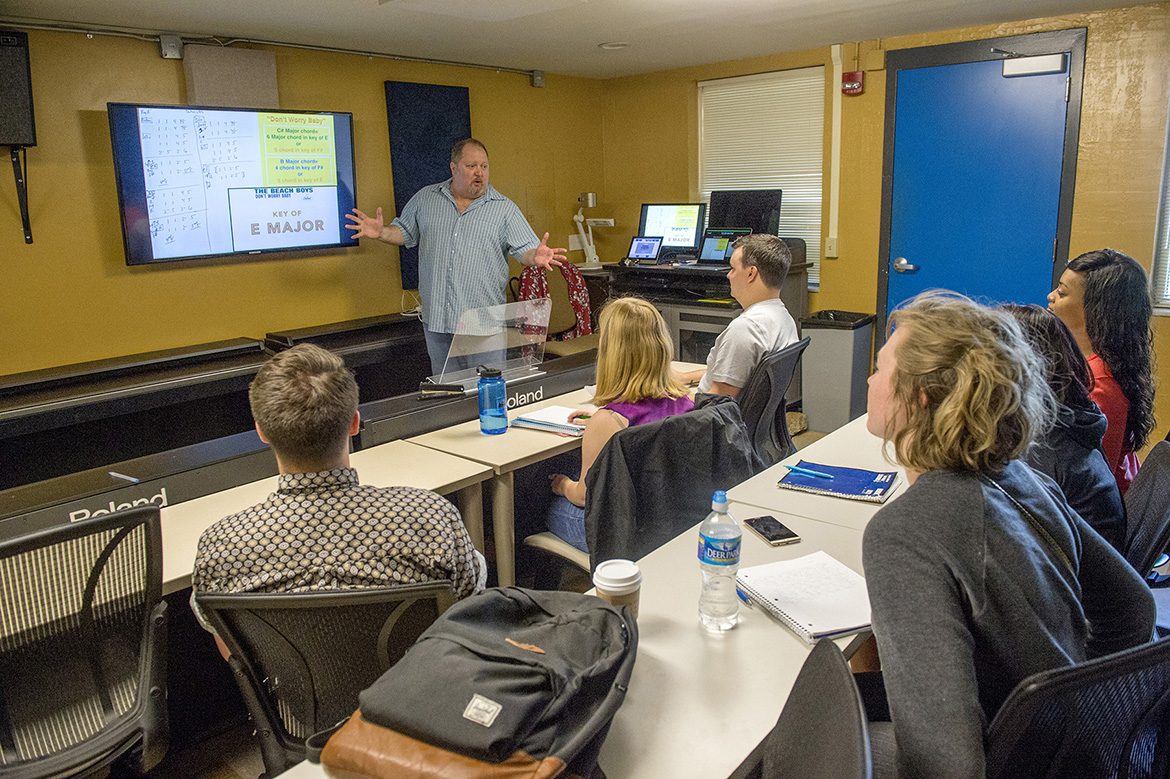 MTSU’s Department of Recording Industry has again earned national acclaim for its music business education program, ranking among the Top 15 such programs in the country, according to Billboard.com.

In the recent article, “The 15 Best Music Business Schools in 2017,” the authors include MTSU in a listing that also features four programs at New York universities and four in California, three of which are at UCLA.

“This has been a transformational year for us, so I am thrilled that Billboard detailed some of our successes in their list of top programs,” said Beverly Keel, chair of MTSU’s program within the College of Media and Entertainment.

“From our new audio business degree and changing music business curriculum to our rapidly expanding songwriting program, we are successfully preparing students for a recording industry career in whatever area they may choose. We are busy planning now for the future, so I can’t wait to see what lies ahead for us.”

The article notes MTSU’s creation of a new bachelor’s degree in audio production over the past year as well as the format switch of the university’s radio station, WMOT-FM Roots Radio 89.5, from jazz to Americana, making it the first such outlet in the Nashville region.

In addition, the article mentions that MTSU co-sponsored the first international conference focusing on the music of Prince with the University of Salford in Manchester, England, and worked with the Nashville Songwriters Hall of Fame and Nashville Public Television to create a show called “The Songwriters,” hosted by College of Media and Entertainment dean Ken Paulson.

The Hollywood Reporter also has singled out MTSU’s recording industry program for inclusion in its “Top 25 Music Schools” listings for the last three years.

Regularly included in top-program listings worldwide, the Department of Recording Industry also collaborates with MTSU’s School of Music on a “music industry” minor concentration that allows students to minor in music-industry entrepreneurship or recording industry.