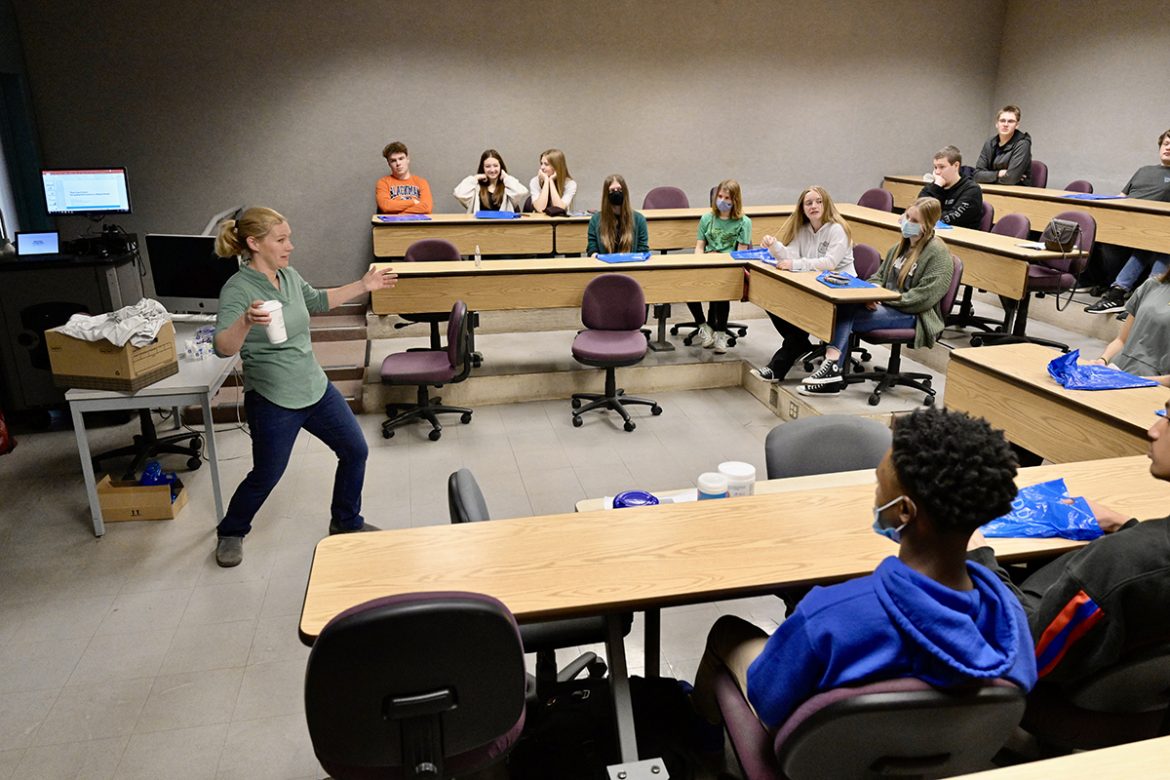 Already an entrepreneur at age 16, Gary Willis has his sights set on a business career. The Murfreesboro resident and Blackman High School sophomore owns and markets custom T-shirts when not studying or taking classes.

Willis and 70-plus Blackman students in the Blackman Collegiate Academy received plenty of advice and wisdom Thursday, March 17, during BCA Day at MTSU. 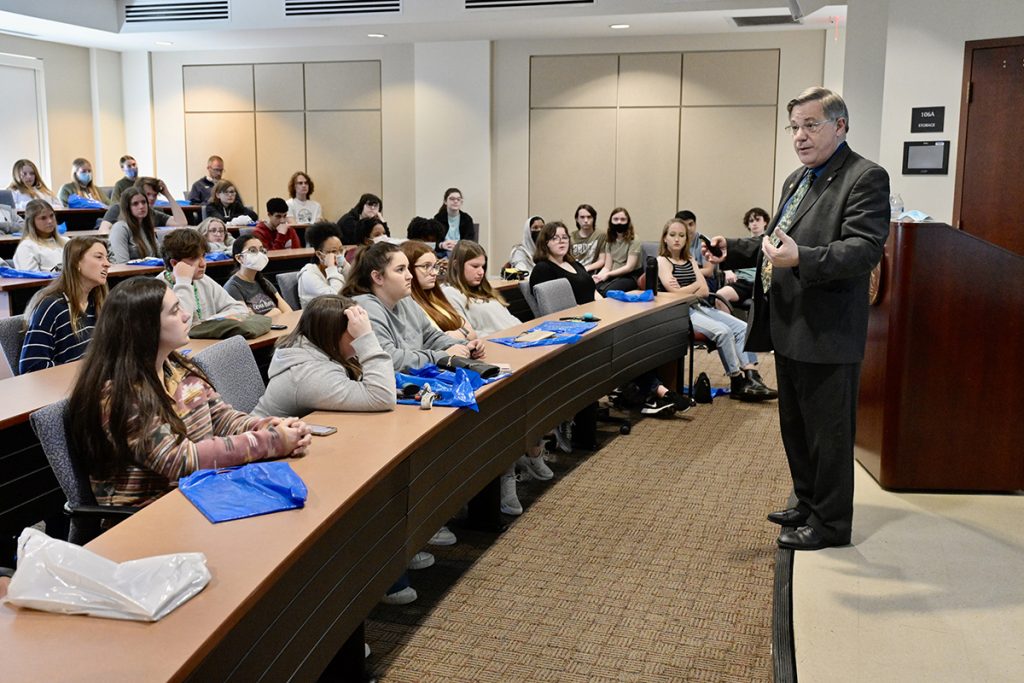 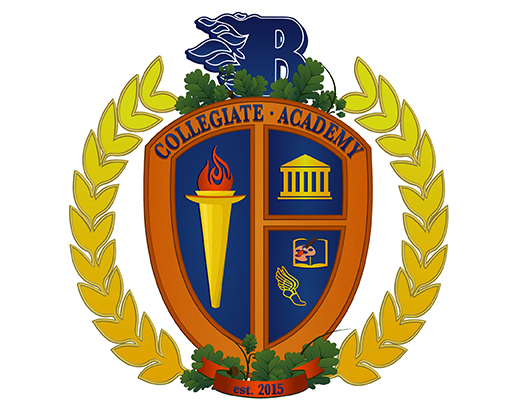 From seniors to freshmen, BCA students take a field trip across town to MTSU, where they hear about academic options and career opportunities from MTSU faculty, staff and administrators, learn and about scholarships and how they can apply to the university and explore more during a nearly five-hour visit.

They could learn more about dual enrollment, how to navigate information, the journey from college classes to a career, the Honors College experience, all the College of Liberal Arts has to offer, exploring social movements and their impact on society, the search for the next generation of teachers and more. 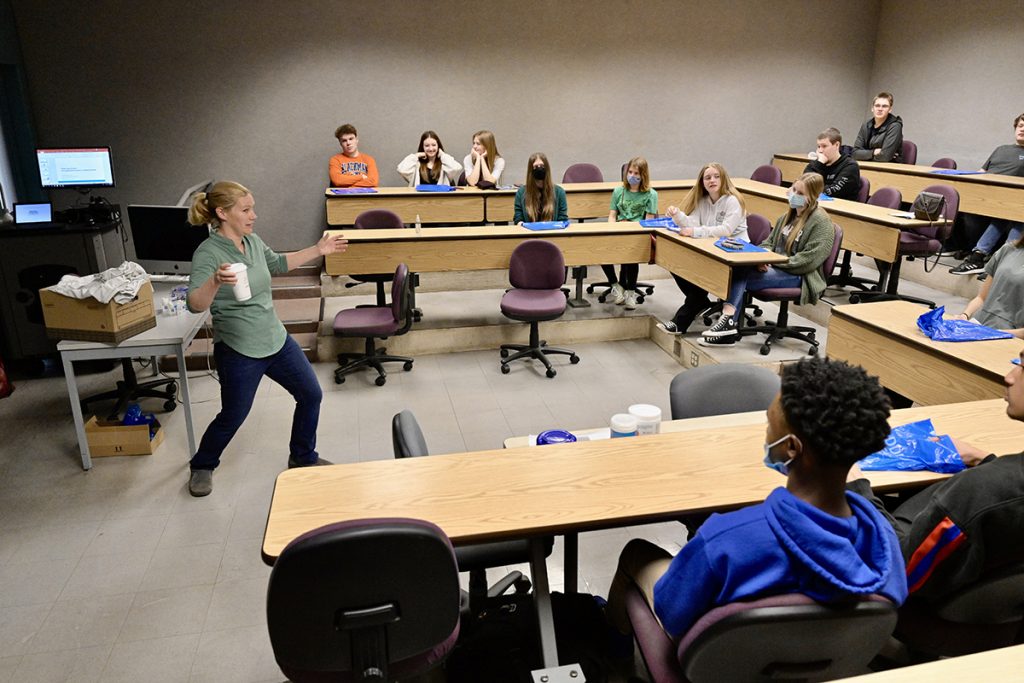 Katie Foss, professor in journalism and strategic media in the MTSU College of Media and Entertainment, engages Blackman Collegiate Academy sophomores in conversation about social media Thursday, March 17, in the John Bragg Media and Entertainment Building. The BCA students heard from a variety of faculty, staff, students and administrators during their visit. (MTSU photo by Andy Heidt)

Willis, who plans to pursue business, wanted to start Gifted Kings “to basically inspire other people. I was blessed enough by my mom to encourage me to do so, so I’m still doing it today,” he said. The BCA visit showed they have “really good internships I could take at MTSU that could help me further expand my business and positivity.”

Willis eagerly spoke up in College of Media and Entertainment professor Katie Foss’s navigating information class, where she learned about the students’ preferred method of social media and favorite shows.

“We have a lot of fun in the College of Media and Entertainment,” Foss said. “This is the college in which students make videos and learn how to be animators or anchors for the news, analyze film and television, and try to figure out the last two years (pandemic).”

From college classes to careers

Biology professor, spider researcher and MTSU Data Science Institute Director Ryan Otter gave them much to ponder regarding their futures.

Otter admitted to being undecided about a major, paying off more than $100,000 in student loans and making many mistakes along the way. He told them he’s in the final stages of creating apps to help K-12 students be citizen scientists.

Pointing out a site accessible only to an audience of 100 scientists, Otter said he “has a problem with that. This (large files of data) should be in your classroom right now.” Later, he steered them “to find people (researchers/faculty) who do interesting things in college and go to work for them,” and highly encouraged them to research topics that interest them before approaching professors. 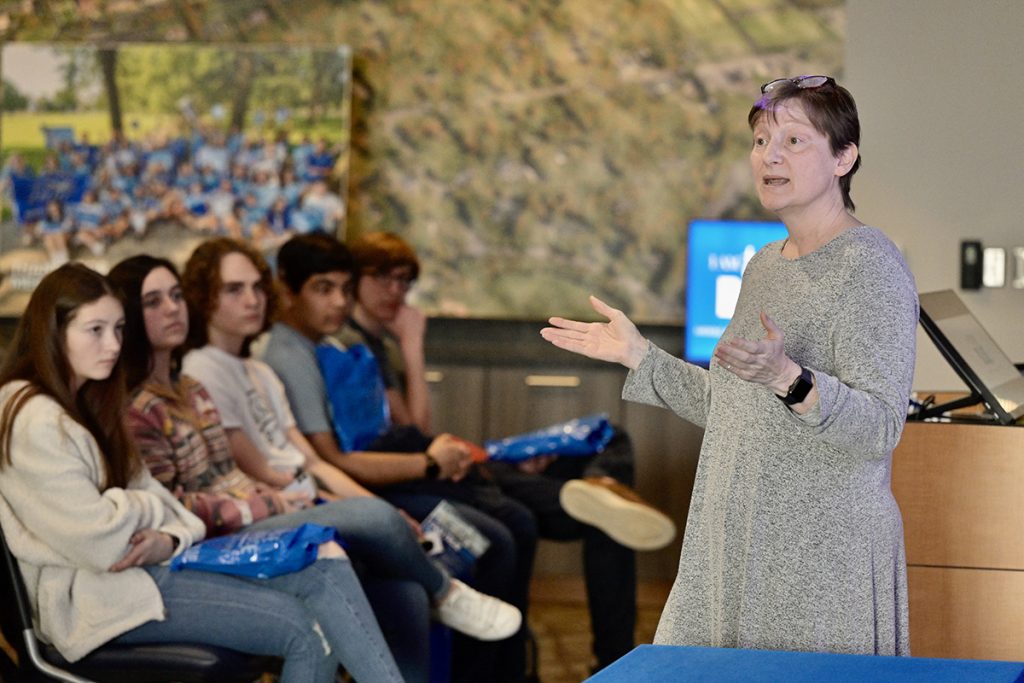 Hannah Neal, 15, took in a dual enrollment session (taking college classes while still in high school) “because that’s something really confusing for sophomores and I have more access to dual enrollment than I actually thought I did.” In BCA, she has an MTSU ID “so I get to use the rec center quite a bit.”

Neal, who indicated she wants to study cinemaphotography and audio visual production, has an older sister, McKenzie Neal, who is majoring in environmental science at MTSU and their parents, Jacki and Clark Neal, are alumni.

A family history with MTSU also is evident with College of Education assistant professor Stacy Fields, who led the search for future teachers session, and her brother, Blackman assistant principal Justin Smith, the BCA dean.

“The reason we are both so invested in getting kids to come to MTSU is we are alumni as well,” said Fields. Their father, Charlie Smith, attended, as did their great-grandmother, Betty Oneida Neal, when it was Middle Tennessee State Normal School. Fields’ husband, Stephen, and his sister/brother-in-law, Kristen and Steve Harris, also are alumni.

Regarding the education presentation, Fields said they “shared what it means to be a teacher and what it means to make a difference in the lives of students.” The session, which featured a student panel (including Blackman and BCA alumna Haley Kyle, a graduate student) and faculty, informed them “what classes they need to take and experiences our students have in college.” 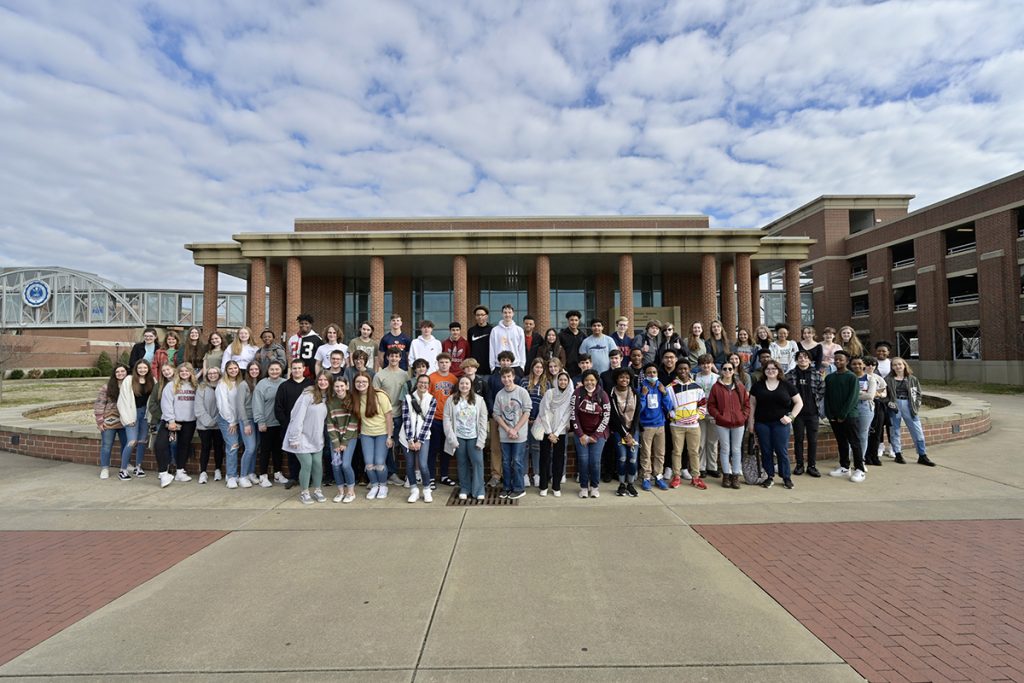 More than 75 Blackman Collegiate Academy sophomores visited the MTSU campus Thursday, March 17, as part of BCA Day at MTSU activities, posing for this group photo outside the Student Services and Admissions Center, a one-stop shop for new and transfer students when visiting MTSU. BCA freshmen will visit Tuesday, March 22. The academy is a partnership with the university. (MTSU photo by Andy Heidt) 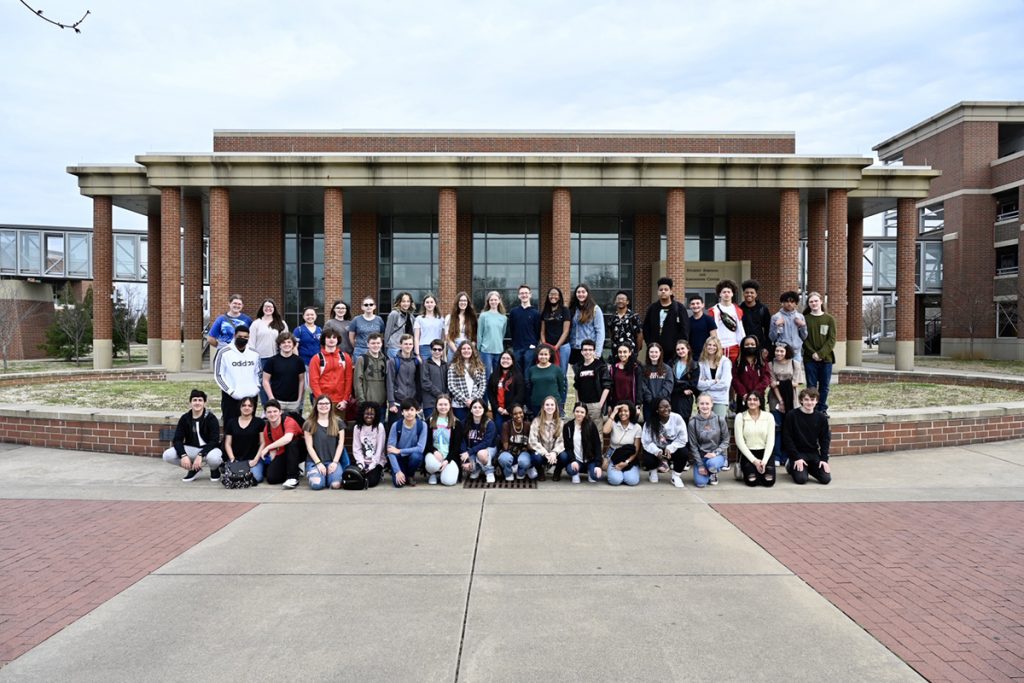 Blackman High School freshmen who are participating in the Blackman Collegiate Academy partnership with MTSU are shown outside the MTSU Student Services and Admissions Center Tuesday, March 22. They are discovering the MTSU campus through admissions, hearing from MTSU faculty and more. (MTSU photo by J. Intintoli)