'Women and the Police': Listen.. 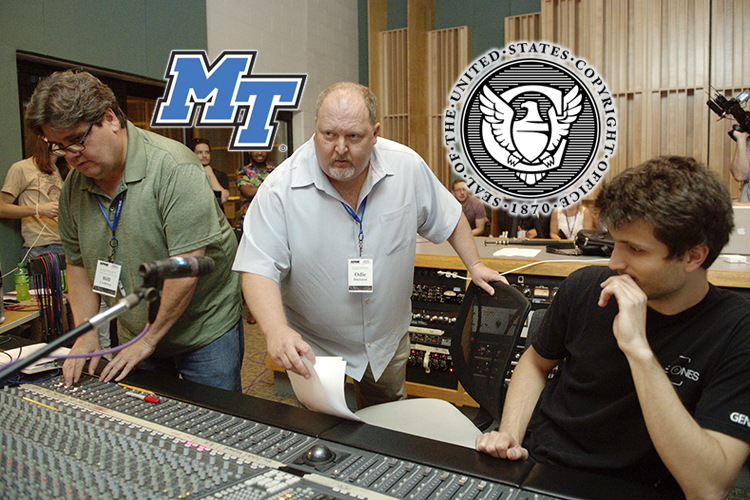 The music industry has been struggling to resolve the issue for years, working with Congress to meet new music distribution processes and establish fair royalty rules. The new law created a nonprofit agency, now known as the Music Licensing Collective, to form a musical database for songwriters’ words and music, establish blanket rates for streaming services and distribute those royalties to writers.

“I see this as a way to help the future. This is an extension of what we’re already doing at MTSU: building a future for songwriters,” says Blackmon, a Grammy-nominated songwriter whose work includes Lee Ann Womack’s 2005 CMA Song of the Year “I May Hate Myself in the Morning,” George Strait’s “She’ll Leave You with a Smile” and Gary Allan’s “Nothing On But the Radio.”

“I consider it important work because I’ve seen firsthand what’s happened to our royalty streams. I want my students to be able to go out and have a career like I have. I want them to be able to not only write great songs but to be able to put food on the table with those songs.” 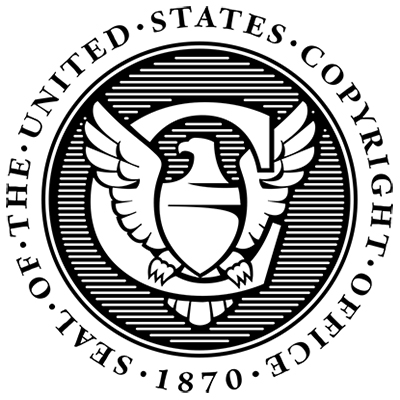 The U.S. Copyright Office, which oversees music licensing, approved nominees from multiple genres for multiple new committees, including Blackmon. His dispute resolution group, which includes fellow songwriters Aimée Allen, Gary Burr, David Hodges and Jennifer Schott and five music publishing company representatives, has been meeting weekly, via conference call and Skype, to get their part ready for Jan. 1, 2021, when the new royalty payment process must begin.

They’re setting up rules for copyright owners who need to dispute music ownership interests and establishing a way to hold disputed funds until the dispute’s resolved.

“It’s a big deal. It’s alive, and it’s important to the future of songwriters and publishers,” Blackmon says of the new law and the collective’s work. “It was a huge step for us, and now we’ve got to do the work. There’s a lot to be done right now … a lot of meetings and a lot of throwing around ideas and figuring out the best way to serve.

“We want to do the best we can for writers, (especially) for writers who maybe don’t even know they’ve got money out there waiting on them. … The good news is that this is a streamlined way of doing things that has not happened before, so it’s going to cut out a lot of paperwork and make things happen a lot faster for getting writers paid, but we’ve got to get the processes and steps all figured out.”

NSAI President Steve Bogard said in a Music Row magazine report when the committee members were announced that the “Music Licensing Collective will be constructed in a way historically beneficial to American songwriters, from the way unclaimed funds are required by law to be distributed based on a songwriter’s activity to the MLC being funded by streaming services, therefore paying songwriters 100 cents on the dollar on digital mechanical royalties.

“The writers and composers chosen for the board and MLC committees represent the absolute best in our profession, and the endorsements we’ve already received speak volumes about the confidence the American music industry has in the MLC.” 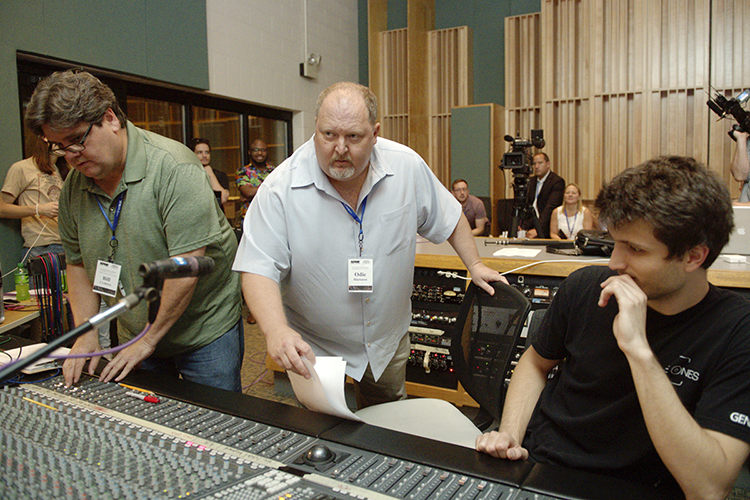 MTSU Commercial Songwriting Program coordinator Odie Blackmon, center, watches a recording engineering demonstration in the College of Media and Entertainment’s Studio B during the summer 2018 Association for Popular Music Educators conference on campus. Colleague Bill Crabtree, left, an assistant professor in the Department of Recording Industry who specializes in audio production, adjusts levels on the console while Gleb Iarovoi, right, a graduate student in the Master of Fine Arts in Recording Arts and Technologies Program, listens closely. Blackmon is a member of the newly created U.S. Copyright Office Music Licensing Collective’s Dispute Resolution Committee, which is tasked with setting up rules by January 2021 to ensure that songwriters receive proper royalties for digital plays of their music. (MTSU file photo by J. Intintoli)

Just like radio, TV and other traditional broadcast media, digital platforms play millions of songs and have to obtain licensing rights — and pay for using — each one. Performance rights organizations like BMI, ASCAP and SESAC monitor broadcast and live, or “public,” performances of their members’ copyrighted work and pay them songwriting royalties.

Composers also earn mechanical royalties whenever their music is sold as a CD or digital download and when it’s played on demand by streaming services. Until the Music Modernization Act, however, copyright law lacked uniform royalty rules for streaming plays, and there was no central location to find the copyright owner.

The new database required by the law finally creates a place where digital providers can report streaming plays to the Music Licensing Collective, which then will pay royalties to composers.

“Probably because of what we’ve seen happen to royalties and songwriters, an important part of this (was) to make sure that writers had a voice in these meetings, not just getting to sit in but actually be voting members,” says Blackmon, who co-wrote “Two More Wishes” with Grammy-winning Americana artist Jim Lauderdale for Strait’s No. 1 Billboard Top Country Album, “Honky Tonk Time Machine,” released earlier this year.

“It’s a pleasure and a joy to hear George (Strait) sing a song, yes, but things have changed. … It’s a singles game as far as making a living right now. We’re missing out on a lot of wonderful music because of the way things are, ’cause when great songwriters can’t get paid, they end up doing other things.”

More information on the Music Modernization Act and what it means for songwriters is available at www.copyright.gov/music-modernization. More information about MTSU’s Commercial Songwriting Program, based in the Department of Recording Industry in the College of Media and Entertainment, is available at www.mtsu.edu/programs/commercial-songwriting.