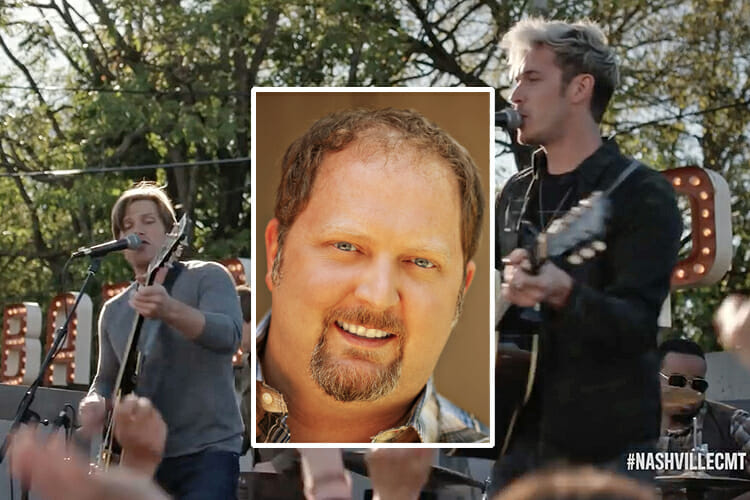 MTSU assistant professor Odie Blackmon continues to prove how much talent is housed under the Department of Recording Industry.

Blackmon received word earlier this month that his song co-written by Jim Lauderdale was featured during an episode of the television show “Nashville” that airs on Country Music Television.

“It was a rollercoaster,” said Blackmon as he recounted his phone conversation when he received news of his song credit.

The two songwriters produced a song titled “Right Where You Want Me” that aired Thursday, Jan. 11, on the CMT show, which is in its final season.

Here’s a portion of the featured song being performed by actors Sam Palladio and Chris Carmack, who play the characters Gunnar Scott and Will Lexington respectively:

As commercial songwriting coordinator, Blackmon hopes his recent accomplishment provides useful insight to his students on what it means to create songs.

“I think them seeing that the person teaching them is still actually producing songs is good for their confidence,” Blackmon said.

This is the second song he’s had appear on the show. His first song, “Tough All Over,” emerged back when the program aired on ABC.

“This kind of stuff gives me the opportunity to show students that they’re getting more of a practitioner than just academics,” he said.

The Department of Recording Industry is a member of the Society of Professional Audio Recording Services (SPARS) and the Music & Entertainment Industry Educator’s Association (MEIEA). The program offers a Bachelor of Science degree in one or more of the following concentrations: audio production, music business and commercial songwriting.

For more information about MTSU’s Commercial Songwriting Program, visit www.mtsu.edu/programs/commercial-songwriting. More details on the internationally recognized MTSU Department of Recording Industry, a part of the university’s College of Media and Entertainment, are available at www.mtsu.edu/recording-industry.