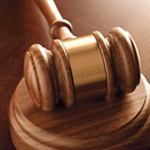 The MTSU Blue Raider Debaters invite the public to hear them discuss the federal DREAM Act undocumented immigrant program beginning at 4:30 p.m. Tuesday, Sept. 17, in the State Farm Room inside the Business and Aerospace Building.

Professor Patrick Richey, team coach and director of forensics, said the Debaters will field two teams of two debaters, with one side arguing the pros of the DREAM Act and the other side presenting the cons.

Dr. Laura Clark from the College of Education’s Department of Educational Leadership will open the debate by providing background about the DREAM Act, which temporarily protects certain young undocumented immigrants from deportation. A question-and-answer session will conclude the hourlong event.

“Not only is the DREAM Act a national topic, but a topic that is very important to Tennessee,” Richey said of the debate topic choice. “We live in a state with a large immigrant population. One only need to look around the campus of MTSU to see this.”

The event is being co-hosted by the American Democracy Project at MTSU as part of the university’s 2013 Constitution Day celebration, which will include the traditional reading of the Constitution at various locations on campus throughout the day as well as a voter registration drive. Find out more at http://tinyurl.com/lqh8rlx.

“This year we are fortunate to participate in sponsoring the campus debate on immigration with the Blue Raider Debaters, to increase understandings that form a more perfect union, establish justice, insure domestic tranquility and promote the general welfare.”

The original bill, called the Development, Relief and Education for Alien Minors, or DREAM Act, was first introduced in Congress more than a decade ago but has never gained enough legislative support for approval.

Last summer, President Barack Obama’s administration launched the Deferred Action for Childhood Arrivals, or DACA, which applies to those people who would qualify for the DREAM Act. The program is aimed at undocumented immigrants between ages 15 and 30 who came to the U.S. as children and who are in school or have graduated from high school.

Click the image for the schedule of 2013 MTSU Constitution Day activities.

The program protects these undocumented immigrants from deportation and issues them work permits. Critics say the program encourages illegal immigration and even rewards it.

The Migration Policy Institute estimates there are 1.9 million undocumented immigrants who could be eligible for deferred action, according to a USA Today report.

“In a participatory democracy made up of immigrants, the more we learn, the more civil discussion we have among ourselves, and the more respectfully we evaluate others’ points of view, the further we advance the objectives and purpose of the U.S. Constitution,” Evins said.

MTSU’s debate team, founded with the university in 1911, was revamped in 2011. It immediately began recruiting members and hosting special debate events on campus. In October 2012, the team hosted its first tournament on campus in nearly a decade, welcoming teams from around the country.

You can learn more about the team at www.mtsu.edu/debate.