Middle Tennessee State University’s Board of Trustees endorsed Tuesday the creation of a master’s degree in physician assistant studies that could be offered as soon as Summer 2022.

The governing board unanimously approved the recommendation from the Academic Affairs, Student Life and Athletics Committee following a report from committee chair, Trustee Pam Wright. 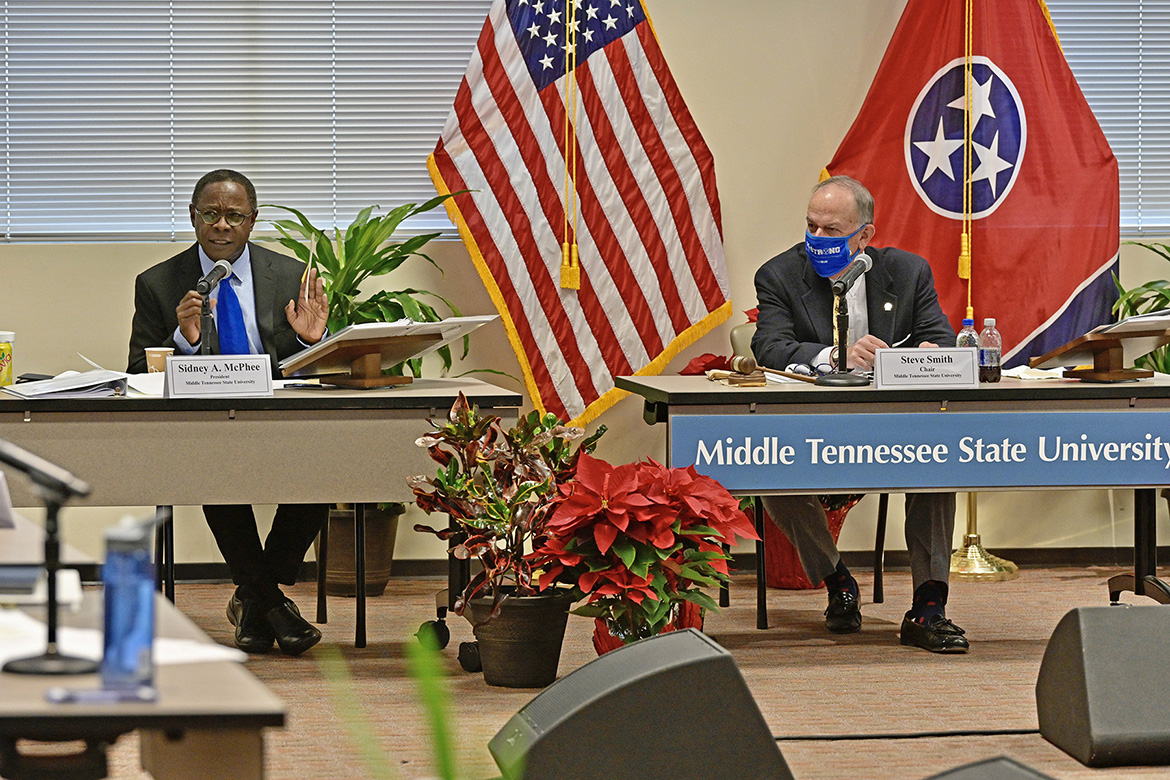 MTSU President Sidney A. McPhee, left, gives his report to the Board of Trustees during its meeting held Tuesday, Dec. 8, 2020, inside the Miller Education Center. At right is Board Chairman Stephen Smith. (MTSU photo by Andy Heidt)

Provost Mark Byrnes said the program focuses upon one of the largest of the fastest growing occupational sectors in the region and aligns with the university’s goal to create additional pipelines from undergraduate major to graduate programs.

Only one other public university, the University of Tennessee Health Science Center in Memphis, currently offers a master’s in physician assistant studies.

“We propose to offer a second, high quality and affordable, public option,” MTSU said in its submission to the Tennessee Higher Education Commission, which must also approve the degree before it can be offered.

(Editor’s note: The original posting of this story incorrectly stated that the program could start in Fall 2021.) 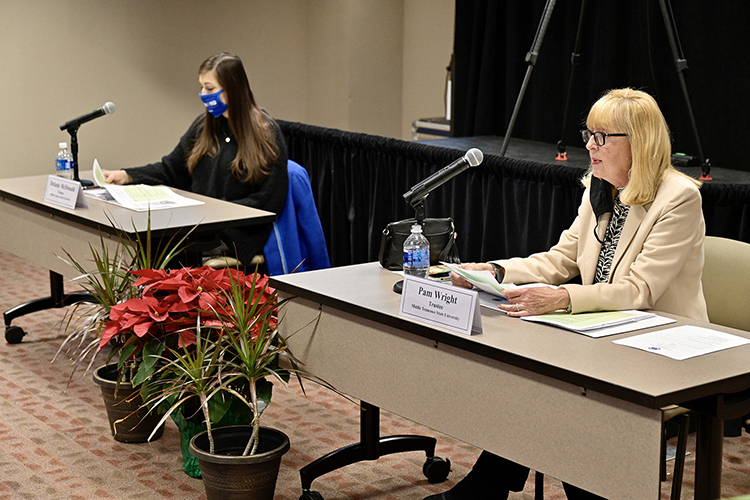 MTSU Trustee Pam Wright, right, gives the report of the Academic Affairs, Student Life and Athletics Committee, which she chairs, during the Board of Trustees meeting held Tuesday, Dec. 8, 2020, inside the Miller Education Center. At left is Student Trustee Delanie McDonald. (MTSU photo by Andy Heidt)

In other actions, the board:

President Sidney A. McPhee also told the board that the Tennessee General Assembly’s Joint Subcommittee for Education, Health and General Welfare voted unanimously to extend MTSU’s operations through 2027.

The decision came after a review of the university’s Sunset Audit, which is required of all state public entities at least once every eight years to determine whether institutions “should be continued, restructured or terminated,” he said.

McPhee said the audit resulted in only one finding “related to administrative processes in preparing” the campus crime log, which has already been addressed. 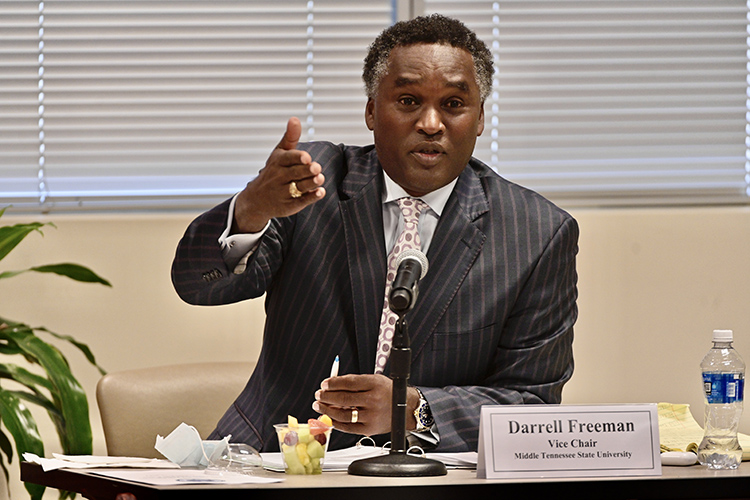 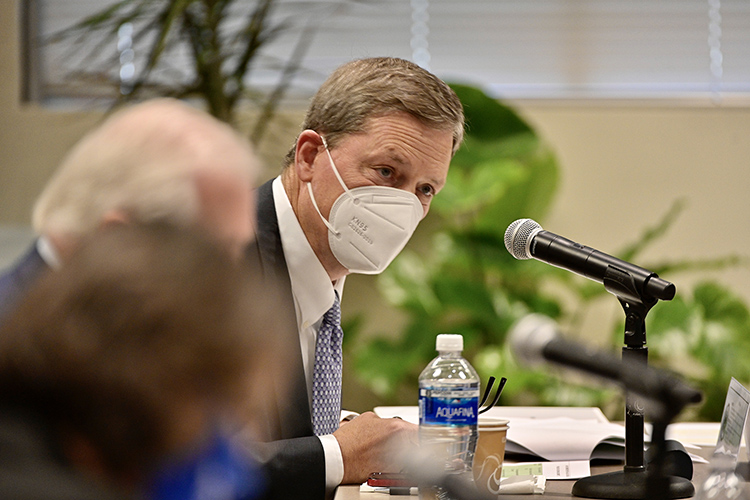