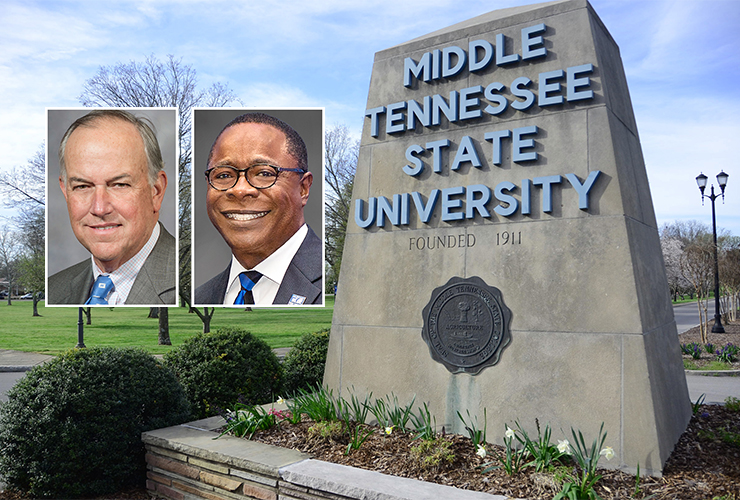 Middle Tennessee State University’s Board of Trustees made it official Tuesday, June 16: No increase in tuition or fees for the 2020-21 academic year.

Trustee Joey Jacobs, chair of the board’s Finance and Personnel Committee, put forward the recommendation by President Sidney A. McPhee to hold tuition and fees flat for undergraduate and graduate students.

The board accepted the measure unanimously.

McPhee announced May 1 that his administration would not seek an increase in tuition and fees for the coming academic year, saying “we must do what we can to help our students and their families come to terms with the economic impact caused by COVID-19.”

That same day, Board Chairman Stephen B. Smith signaled his support of the proposal.

“I fully support the tremendous efforts by the president and his team in keeping MTSU focused on the future during this crisis,” Smith said May 1.

The board, which convened in a virtual session due to COVID-19 precautions, also:

• Approved 24 candidates for tenure and 49 faculty candidates for promotion, as recommended by the Academic Affairs, Student Life and Athletics Committee.

• Recommended the university begin in 2021-22 to pursue with the state a new Applied Engineering Building for the popular Mechatronics Engineering and Engineering Technology degree programs in the College of Basic and Applied Sciences.

• Approved converting the graduate tuition set through corporate partnerships to the in-state tuition rate, as recommended by the Finance and Personnel Committee.

McDonald, who earned her undergraduate degree from MTSU in May, is the current student government president, a Buchanan Fellow and a Blue Elite tour guide. She plans to begin her master’s degree in higher education administration and supervision at MTSU this fall.

Both Smith and McPhee thanked Eisenberg for her service to the board and welcomed McDonald to her new role.