Bonding Them with Science

He is True Blue

Bonding Them with Science

by Patsy B. Weller 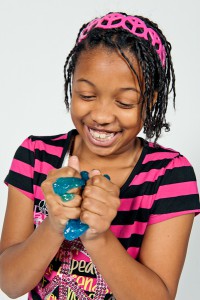 Growing up in the shadow of the White House in Washington, D.C., Dr. Judith Iriarte-Gross never imagined that one day as an adult she would be an invited guest there.

“No, not ever, not even in my wildest dreams,” says the Middle Tennessee State University chemistry professor. In December 2011, she represented Tennessee at a White House Champions of Change event saluting efforts of persons nationwide to recruit and retain girls and women in STEM (science, technology, engineering, and mathematics).

“I grew up a part of a big family living in a small house in Capitol Heights, Maryland,” she says. “The Smithsonian was my back yard. I was an usher at Ford’s Theatre. It was such an honor to be invited to an event at the White House and get to share all the great things that are happening in Tennessee and the South for girls in STEM.”

Back home in the Volunteer State, the dynamic teacher serves as director of the MTSU WISTEM (Women in STEM) Center that opened in July 2009.

“It is a place where we pull together all of our resources between MTSU and the middle Tennessee community to provide opportunities for girls and women to pursue STEM education and career growth,” Iriarte-Gross says.

A 2010 report by the American Association of University Women found that the number of women in science and engineering is growing, yet men continue to outnumber women, especially at the upper levels of these professions. In elementary, middle, and high school, girls and boys take math and science courses in roughly equal numbers, and about as many girls as boys leave high school prepared to pursue science and engineering majors in college. Yet fewer women than men pursue these majors. Among first-year college students, women are much less likely than men to say that they intend to major in a STEM field. By graduation, men outnumber women in nearly every science and engineering field, and in some, such as physics, engineering, and computer science, the difference is dramatic, with women earning only 20 percent of bachelor’s degrees. Women’s representation in science and engineering declines further at the graduate level and yet again in the transition to the workplace.

The bottom line? Female representation in science and math fields remains low. It’s a fact that doesn’t bode well for research and discovery when half of the human race—for whatever reason—remains outside the arena of science. Nor does it help America fill the STEM jobs increasingly available in this country.

Based on the activity of girls at the WISTEM Center, that won’t be the case for long. The place explodes with activity like a baking soda and vinegar volcano at a school science fair. With the assistance of a talented group of educators, students, and professionals, Iriarte-Gross has mixed together a virtual alphabet soup of organizations that open the world of STEM for all who are interested.

“Our efforts at WISTEM are making ripples,” says Iriarte-Gross. “But those ripples need to turn into waves.” 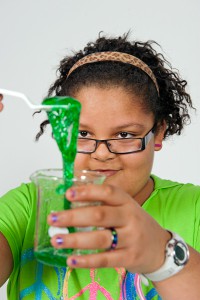 One such effort is Expanding Your Horizons (EYH) in Science and Mathematics, a one-day conference for middle and high school girls that fosters awareness of STEM education and career opportunities. Like a tempting box of scientific chocolates, the attendees get a taste of topics such as “The Math of Project Runway,” “Moon Buggies,” and “Menacing Microbes.” Since starting at MTSU in 1997, the event has given more than 5,000 girls a glimpse of a future many had not envisioned.

“Tennessee schools, particularly those in economically depressed and rural areas, are having difficulty attracting and retaining quality math and science teachers. Consequently, students often have little knowledge of the opportunities that STEM majors can offer women upon graduation,” she says. “It is very important that we reach them at a young age.”

The proof that role models like Iriarte-Gross are crucial to increasing female representation in science fields can be found in graduates such as Freneka Minter, 31, a McNair Scholar at MTSU who graduated in 2002 with a chemistry degree and who is now a Ph.D. candidate. She is a health-education specialist at Oak Ridge Associated Universities (ORAU).

How did Minter end up on a path to a career in science? At 17, when she was a student at Riverdale High School in Murfreesboro, she first crossed paths with her future mentor when she became an American Chemical Society Project Seed Scholar.

“Dr. Iriarte-Gross inspired me to be the first in my mother’s family to pursue a college education,” Minter says. “She provided the guidance and encouragement to help me complete my degree. As a role model, she helped me discover I had the backbone needed to pursue my dream.”

Beyond her work at the center, Iriarte-Gross, who was a chemist for the Food and Drug Administration in Dallas before returning to teaching, has a deep passion for helping all her students discover how science is relative to them. This is especially true for non-STEM majors in her general education physical science classes.

Cheering her students on to never let go of their goals motivates Iriarte-Gross, who started college seven years after finishing high school.

“By the mid-1970s, I had been married and divorced, my ex-husband had been killed in a car wreck, and I was a single mom with a young son,” she says. “I knew that I was stuck in a dead-end job that couldn’t support us. I knew I had to get a college degree and started going to a community college.”

Although Iriarte-Gross’s upward journey has taken her to the White House, she left the experience with one small disappointment.

“I would have loved to have met President Obama’s wife, Michelle, and his two daughters, Sasha and Malia,” she says. “I wanted to tell them about the EYH program and invite them to participate!”