Professor explains Truman friendship on ‘MTSU On the Record’ 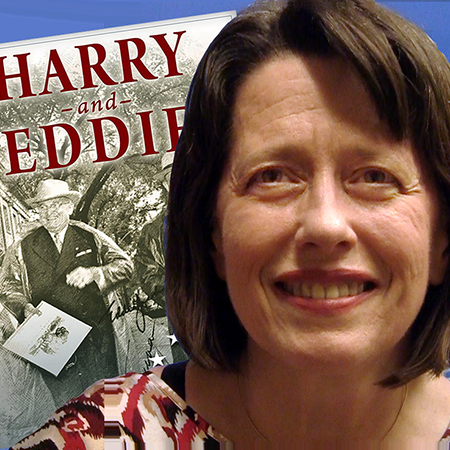 A decades-long friendship that had an unexpected impact on world affairs is the subject of a recent “MTSU On the Record” radio program.

Host Gina Logue’s interview with Dr. Beverly Joan Boulware, a professor in the Department of Elementary and Special Education, first aired June 13 on WMOT-FM (89.5 and www.wmot.org ). You can listen to their conversation below.

Boulware is the author of “Harry and Eddie: The Friendship That Changed the World.” The book chronicles the relationship between Harry S. Truman and his business partner, Eddie Jacobson.

From their service together in World War I to their management of a Kansas City haberdashery, Truman and Jacobson remained pals as Truman’s political career took him all the way to the presidency of the United States.

When millions of Jews were displaced during World War II, Jacobson, a Jew of Lithuanian and German descent, called on his buddy in the White House to help them.

Jacobson’s influence helped to convince Truman that the United States should recognize the land known today as Israel as a sovereign country in 1948.

“We want to teach our children that our friendships are important because, at the right time in history, for the next generations, some of them may be able to do something together with others that they know to make the world a better place,” said Boulware.