In the News: Faculty, staff di.. 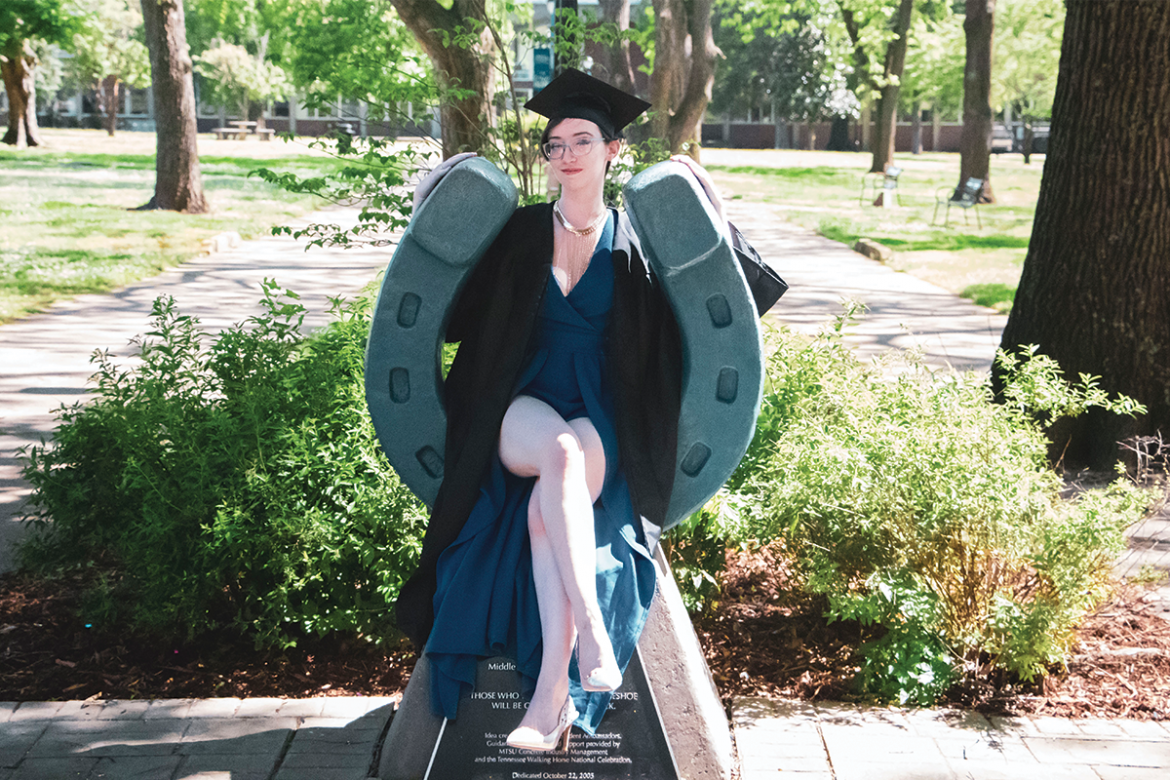 And then the pandemic struck.

My whole year changed. Suddenly I was moving out of my dorm of four years, trying to wrestle my classes into a workable remote-learning format, and run a student newsroom with no newsroom and limited staff. This article fell to the very back burner, waiting for me to sit and find some way to wrap my brain around this new world we’re in.

I haven’t quite wrapped my head around it yet, and probably won’t for some time. I’m worried about graduation, anxious about fruitless job hunting, and concerned about stepping into an uncertain future in an uncertain world.

But instead of giving in to the whirling thoughts about what I’m missing right now, I’m going to remember what I have. Because MTSU has given me a lot more than I ever bargained for, and for that, I am more grateful than a single article can ever express.

To properly frame this four-year glow-up, you have to picture high school senior Angele Latham. I was a clueless, fiery student, with no plans for the future and no money to match. But what I did have was an endless amount of determination and passion for academia—so obviously I was just going to go to college. How hard could it be?

I did say I was clueless.

Hilariously, the combination of cluelessness and determination seemed to work in my favor. Coming from the small town that I did, all goals outside of the county borders seemed lofty, so everything seemed equally attainable. I plunged into the world of scholarships head first, and fast forward a few months, I was signing away my next four years to become a proud Blue Raider with my first year of college paid in full by scholarships. After much debate, I had decided to major in Advertising, for two reasons and two reasons alone: I wanted to use my artistic skills in some manner, and I wanted to help people.

Over the next four years, those two goals never changed, but my major certainly did. I bounced between majors and minors right and left as I tried to find what was driving me. I knew I wanted to help people. That was my only stipulation. (Well, that and avoid math. But really, shouldn’t we all?) Although I liked so many of the classes MTSU offered—art and design, human geography, and Irish literature—I just couldn’t find that spark. I couldn’t find my mission.

Spring of sophomore year, I found it. I accidentally signed up for a journalism class, and after having a minor heart attack at the math book listed in the required textbooks, I hit the ground running. Somehow, even though I had never touched journalism or the fabled AP stylebook in my life, it all clicked. And it lit a fire in me. I started devouring assignments, interviewing anyone who would let me within two feet of them, and generally opening my eyes to utter complexity of the world surrounding me. I became kinder, more compassionate, and more determined than ever to use everything in me to help make the world a better place. Journalism gave me a sword with which to wield my passion and fiery determination, and a mission to dedicate myself to.  In this way, MTSU gave me a path— a path I never would have considered alone.  For this alone, I could graduate happy. 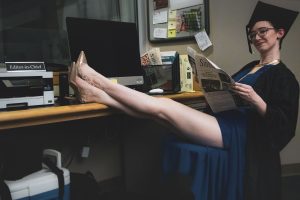 Angele Latham sitting at her MTSU Sidelines desk in the College of Media and Entertainment building. (Photo courtesy of Makayla Boling)

But of course, the story doesn’t stop there.

Along with the promise to get into college and graduate debt-free, I vowed to myself that I would study abroad. You see, since eighth grade, I had held on to this little wrinkled slip of paper. It was just an image about three inches long and depicted these beautiful pastel houses sloping down a steep road towards a vast ocean view. The caption said that it was Cobh, a tiny coastal town in County Cork, Ireland. I remember finding it in a National Geographic magazine at a hair salon and begging the hairstylist to let me take it. The image tugged at my heart in ways that I could not explain.

I read that magazine front to back so many times that the pages started falling out. And when they did, I simply cut the picture out (and any information to make my voyage easier) and pinned it to the wall of my bedroom. I stared at it endlessly. At that moment, so many years ago, I vowed that I would study abroad there, somehow.  How I was going to manage this was just as unknown as how I would pay for college, but I was determined.

Well, I never forgot that promise, and my spirit of wanderlust only got stronger as the years went on. Sophomore year of college came and I started poking around the Study Abroad office (I say poking, but continuously lurkingis probably a better word. They probably got tired of seeing me). I was split between two options for study abroad – Prague, another place I wanted to go and a far more affordable program, or Galway, Ireland. Just as I was about to select one, a new program popped up – Cork, Ireland. The home of my favorite picture now tacked to the wall of my dorm room.

If that wasn’t a nudge from God, I don’t know what is.

So I signed up. I still didn’t have the money, but the sign-up deadlines came up before the payment deadlines, so I took the huge leap of faith. I started digging for scholarships everywhere. And MTSU came through for me again— even though I was but one student among many, they helped me coordinate all of my efforts, helped me figure out all of the endless paperwork, and signed me up for scholarships that I didn’t even know existed. Thanks to their help, my entire study abroad bill was covered in months. It was the single most humbling support I’ve ever received in my life, and I’ll never be able to express my gratitude enough.

Months later, I stood in the same spot that my cherished, wrinkled photo had been taken. There are no words to describe how much peace I felt in that moment. It was both a moment of fulfillment, knowing that I had come so far, and the beginnings of a promise. Now that I had been given the opportunity to know what travel like this felt like, I was never going to stop. 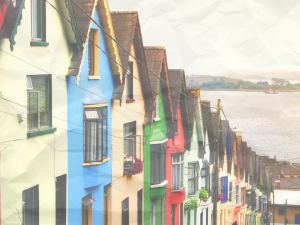 Looking back on those years of staring at that photo, I’ve realized why it brought me so much joy. My eighth-grade year was my father’s third deployment in the Iraq War, and through the years between, travel had become pretty synonymous with war in my mind. Those were very dark years for me. But my spitefully hopeful heart was looking for something to hold on to for the future, and that thing was travel: travel to somewhere good and peaceful and based on my choice, not the choice of war. And thanks to MTSU, I got to do just that. And I haven’t stop wandering since.

I could go on for ages about the things I’ve experienced at MTSU. I’ve made more friends than I ever thought I’d have, learned from more people than I thought possible, and grown in ways that I never foresaw. But most importantly, these past four years have proven to me that with unerring dedication, the right support system, and a willingness to learn, I can accomplish anything that I set my mind too. I’m graduating debt-free, I’ve studied abroad and I’ve learned more than I ever thought one person could learn in a lifetime.

(I even got adopted into the wonderful family of the MTSU Marketing and Communications Department, which is why I can so proudly speak to you from this website. Thank you for always having my back, y’all.)

Saying thank you to all of my friends, mentors, teachers, and bosses will never cover the depth of my gratitude, but thank you,from the very bottom of my awed heart.

If I could go back and tell my freshman-self anything, it would be that her years of dreaming were not in vain. Keep dreaming, keep striving and keep pushing against all odds. No dream is too far, even if you start with nothing.

Author Angele Latham is a senior at MTSU, majoring in Journalism with a focus in Visual Communications and minoring in Criminal Justice. The views and opinions expressed above are her own.