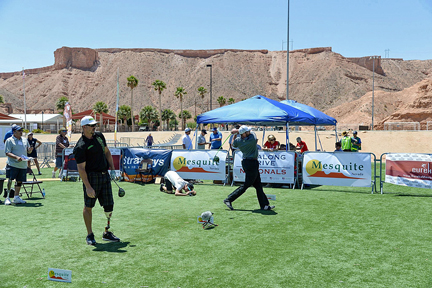 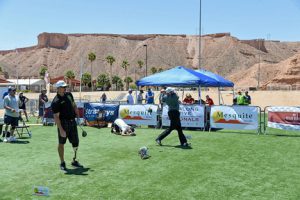 MTSU student Jared Brentz, center, shows the form that made him the winner at the 2014 Mesquite NV ParaLong Drive National Championship in Mesquite, Nevada. Brentz hit the ball 409 yards to set a new all-time amputee record in the sport. To his left is Brandon Jacks of Prescott Valley, Arizona, who had become the first amputee golfer in history to break the 400-yard barrier with a 401-yarder in an earlier round. (Photo courtesy of the Mesquite NV ParaLong Drive National Championship)