Civic-minded students from Middle Tennessee State University as well as others on campuses throughout the state connected recently to hear insights from local and national experts on student voting, campus organizing and civic education. 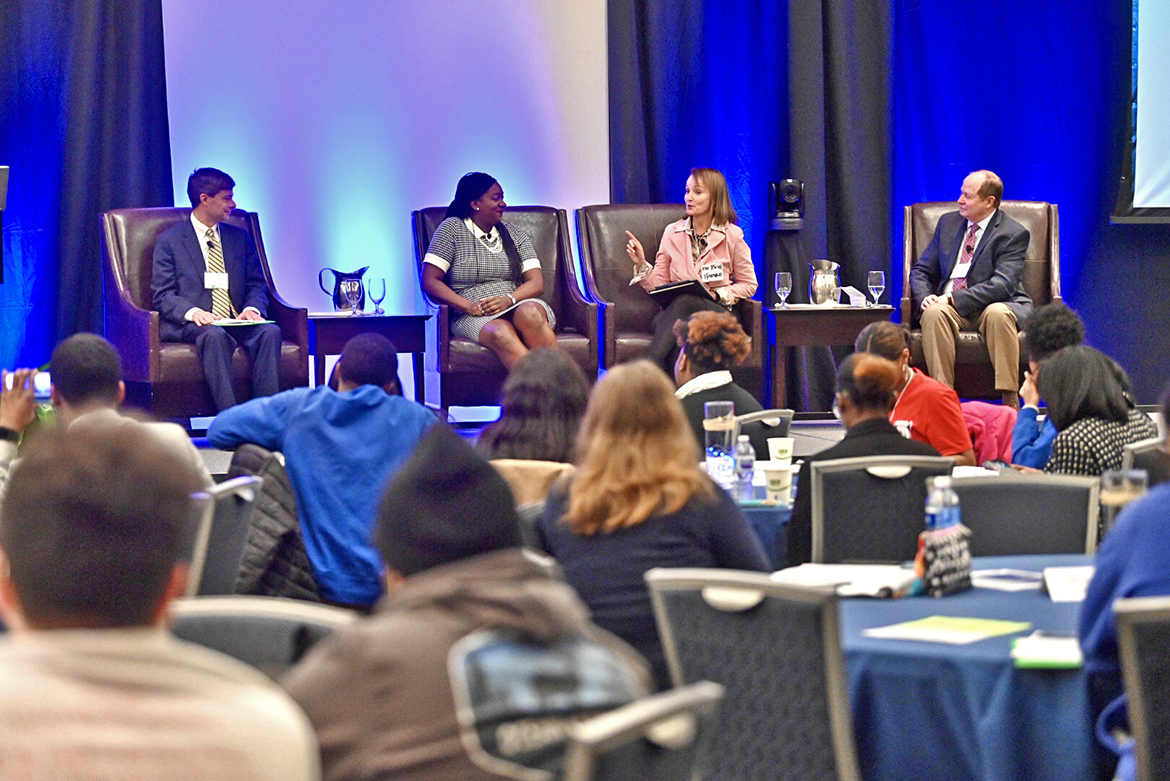 A key topic of the discussion, which was livestreamed to the other summit locations in Memphis and Knoxville, was Baum’s and Lamar’s effort to push forward co-sponsored legislation to allow public universities to serve as early voting sites.

A veteran of General Assembly give-and-take herself, Harwell asked the two current lawmakers to talk about some of the challenges such legislation can face from other lawmakers. Syler asked them to discuss the difficulties of public service in such a hyperpartisan environment.

“Right now, the biggest pushback is the cost,” Lamar said of the proposed bill on campus early voting locations.

“Our election commissions do not want to pay for the additional staff, equipment and other things that it would take to set up these early voting locations on campuses.” 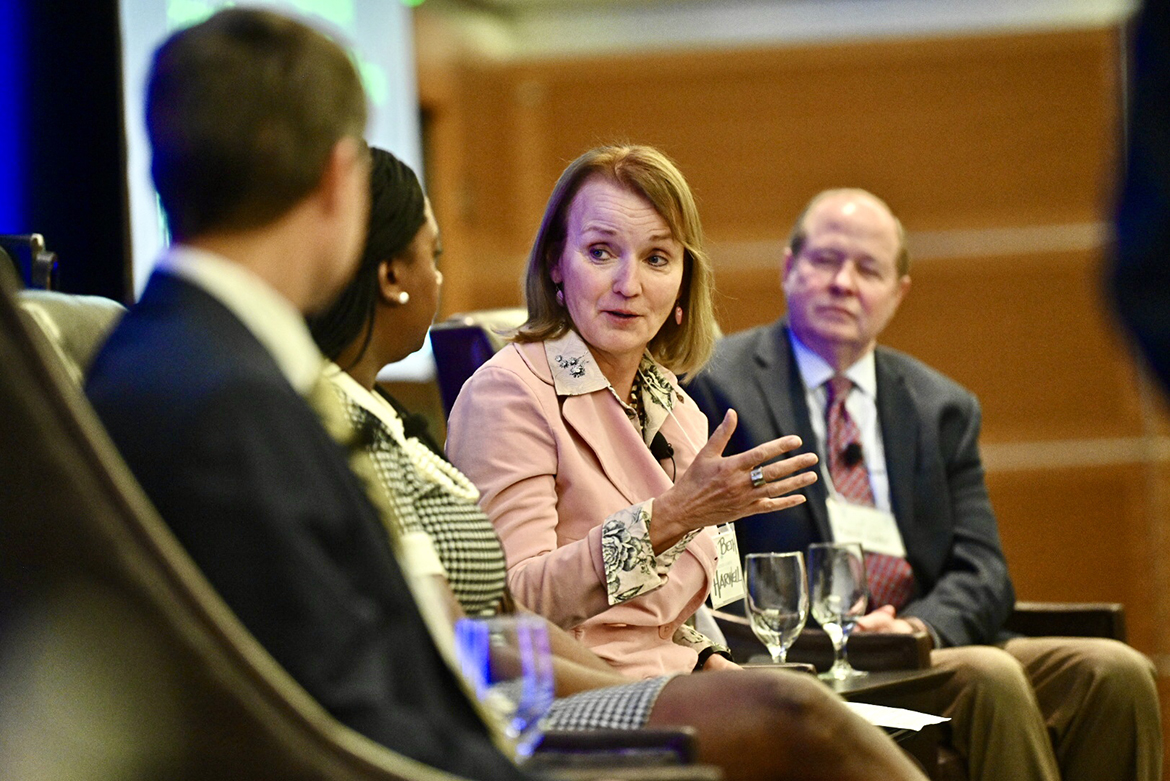 She said other issues, such as parking availability for voters on college campuses, also have to be addressed, and added that it’s important for her to continued getting feedback from her legislative colleagues to make the bill better. She also encouraged the students in the audience who support the effort to reach out to their representatives to advocate for the bill.

While the political environment in Washington, D.C., gives the constant impression of poisonous gridlock, Baum said he doesn’t feel that’s the case in Nashville at the state Capitol, where the GOP holds a supermajority. He said there are good-faith efforts by many lawmakers to find compromise and common ground on legislation to benefit all Tennesseans.

“I think in Tennessee, everything isn’t just Republican/Democrat,” he said, adding that one of the biggest difference between lawmakers can be those representing rural areas versus those from suburban and urban parts of the state.

“When you’re working with politicians or other elected officials, don’t burn any bridges because … another representative who may disagree with you on one issue, you may find yourself aligned with on the next issue. So you don’t want to make politics personal,” he said. “You never know when that next bill or issue will come around and you need that individuals support.”

Baum drew applause when he encouraged students to read and support local newspapers, which have suffered from a constant string of staffing and distribution cutbacks over the past 20 years, leading to less in-depth coverage of important local and state issues.

“Newspapers are a good source of information for people to learn about what’s going on at the state level and at the local level,” he said. 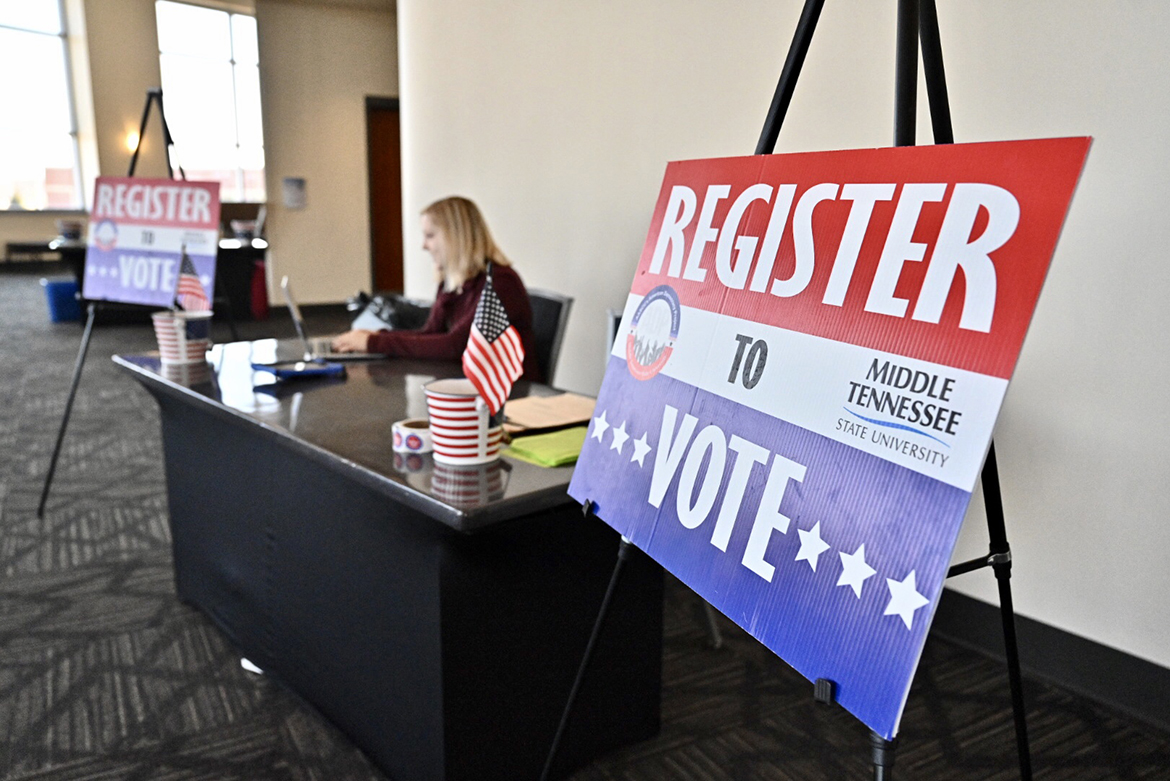 A member of the MTSU chapter of the American Democracy Project staffs a voter registration table Friday, Feb. 21, as part of the Middle Tennessee Campus Civic Summit 2020 at the Student Union. (MTSU photo by J. Intintoli)

Following the panel, a Q&A session allowed students from all three sites to ask the panelists questions via livestream as MTSU history professor Pippa Holloway moderated.

“I like the part where Rep. Lamar talked about the importance of working together, because a lot of people don’t understand the background of needing to work together to get things passed,” Mosley said.

“I think the voting (sites) on campus would definitely be beneficial and make it easier for people and probably encourage them to (vote),” Meller said.

Summit organizer Mary Evins, an associate professor of history in the University Honors College and coordinator of MTSU’s American Democracy Project, said the purpose of such summits is to get students involved in civic life “at a very young age” because research clearly shows it’s a strong predictor for long-term civic engagement.

“And that’s what we try to instill through our work with the American Democracy Project,” Evins said. “Voting is obviously very important, but this goes way beyond just voting.” 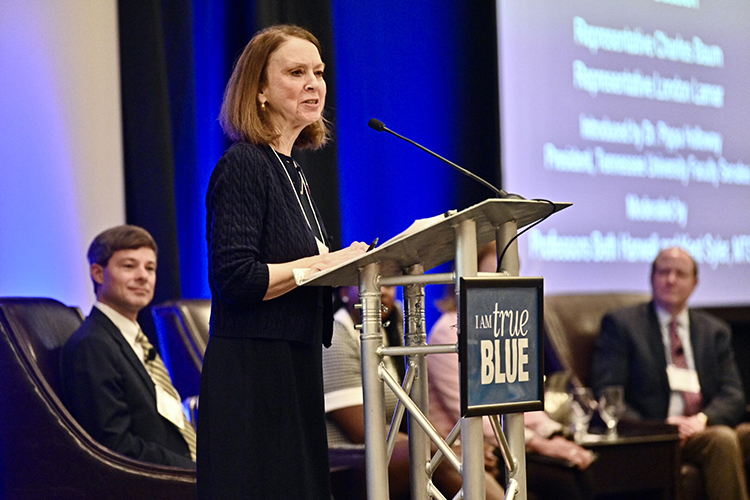 MTSU sophomore Braxton Coleman, an audio engineering major, said he was impressed by the summit offerings.

“I felt like it was a great learning opportunity. This year is such an important year because it’s a general election, so this was really necessary,” Coleman said. “I went to it last year, but this year it was on a bigger scale, and I think it made a larger impact, not just on the MTSU campus but on other public university campuses as well. I hope we can learn from this and apply it to all MTSU students.” 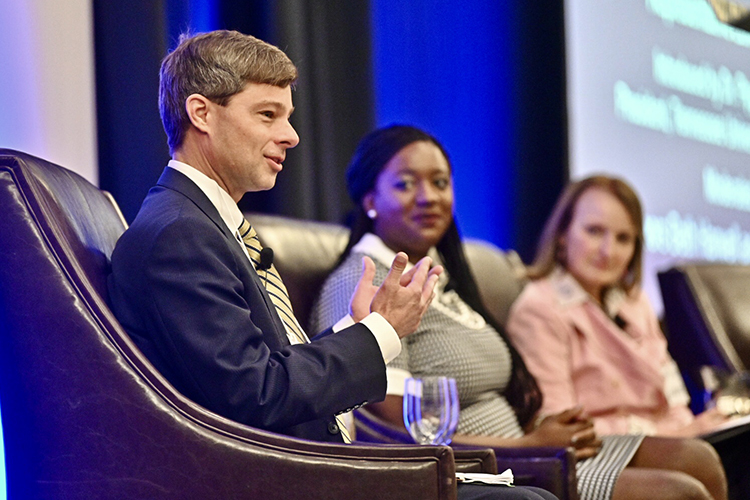