‘MTSU On the Record’ studies Latinos’ influence on... 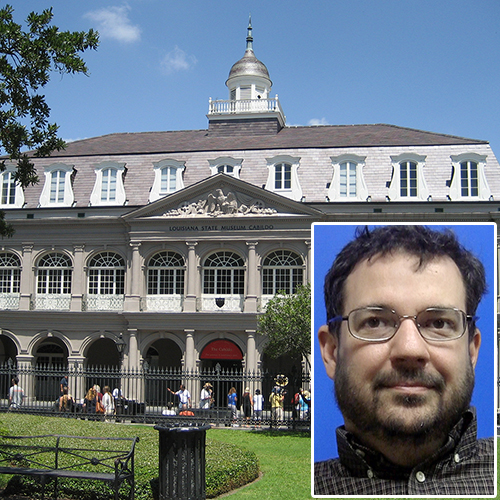 While New Orleans is best known for its French culture, a recent “MTSU On the Record” radio program examines the Hispanic influence on one of America’s most beloved cities.

Host Gina Logue’s interview with Dr. James Chaney, a lecturer in MTSU’s global studies and human geography program, first aired March 7 on WMOT-FM (89.5 and www.wmot.org ).  You can listen to their conversation below.

The Cabildo, located on Jackson Square in New Orleans, originally housed the administrative and legislative council that ruled Spanish Louisiana. The building, rebuilt between 1795 and 1799 after the original was destroyed in the city’s great fire of 1788, took its name from the Spanish governing body that met there, the “Illustrious Cabildo” or city council. It’s served the city as a museum since 1911. (Photo by Infrogmation of New Orleans)

Chaney is co-author of “Hispanic and Latino New Orleans: Immigration and Identity Since the Eighteenth Century.” The book details the impact of Latino culture on the city, which was under the control of Spain for 40 years.

Specific chapters focus on Cubans, Hondurans, Mexicans, Brazilians and Isleños, who are immigrants from the Canary Islands off Africa’s northwest coast.

Chaney says people from predominantly Spanish-speaking nations have said they moved to New Orleans because “The Big Easy” lives up to its nickname.

“Many Latinos find the lifestyle in New Orleans … very comfortable, relaxing, and so forth,” says Chaney, “and, in fact, many of them have mentioned that it reminds them of their home countries.”