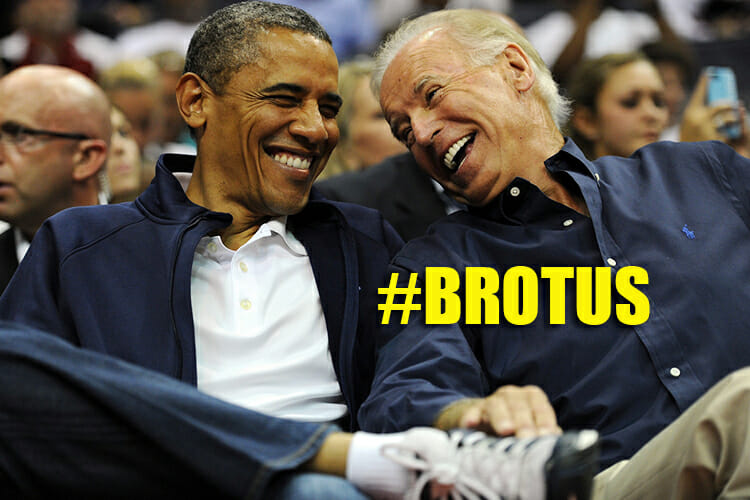 An MTSU professor will discuss the politics behind the popular Twitter parodies that showcased the friendship of former President Barack Obama and former Vice President Joe Biden in the next MTSU Women’s and Gender Studies Research Series lecture, set Thursday, April 19.

Dr. Roberta Chevrette, an assistant professor in MTSU’s Department of Communication Studies and Organizational Communication, will present “Bros Before Donald Trump: Bromance, Race, Masculinity and Nation in the #BROTUS Memes” at 3 p.m. April 19 in Room 100 of MTSU’s James Union Building.

The lecture is free and open to the public.

Collaborating with Chris Duerringer, an associate professor of communication studies at California State University-Long Beach, Chevrette collected more than 250 memes from the Twitter hashtag #BROTUS. The acronym is a takeoff on POTUS, which stands for President of the United States.

Former Vice President Joe Biden and former President Barack Obama added their own spin to the Twitter “bromance” memes with these friendly tweets to each other on their official accounts.

These examples of Obama-Biden #BROTUS memes made the rounds through much of the pair’s last two years in office and after the 2016 election, including one on the right that Biden reportedly said was his favorite.

By analyzing the rhetoric of the #BROTUS memes, Chevrette and Duerringer examined how the Obama-Biden “bromance” offered a way for disappointed voters who supported Democratic nominee Hillary Clinton to console themselves.

In so doing, Chevrette said, the creators of #BROTUS hoped to solidify the liberal base while rejecting the racism, sexism, ethnocentrism and homophobia that Trump’s opponents associate with his campaign and presidency.

Chevrette and Duerringer found, however, that the memes fell short of this goal.

“By examining the links between masculinity, civility, nation and whiteness in the #BROTUS memes, our analysis reveals the limits of progressive aims that remain tied to the ideological structures underpinning the U.S. nation-state,” Chevrette said.

For more information, contact Dr. Katie Foss, an associate professor in the School of Journalism, at 615-494-7747 or katie.foss@mtsu.edu or the Women’s and Gender Studies Program at 615-898-5910 or womenstu@mtsu.edu.