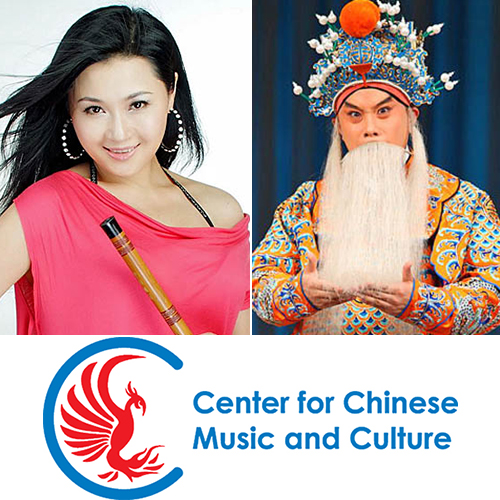 Two of China’s premier performing arts institutions will bring their combination of traditional music and opera to MTSU Thursday and Friday, Oct. 13 and 14.

Entertainers from the China Conservatory of Music and the National Academy of Theater Arts will perform Oct. 13 and 14 in workshops, lectures and a concert. A printable campus parking map is available at http://tinyurl.com/MTSUParkingMap.

Jia Jinsong, an actor with the Beijing opera group of China’s National Academy of Theatre Arts, will perform at MTSU October 13-14. (Photo submitted)

From 4:30 to 5:30 p.m. Oct. 13, the performers will host an interactive workshop featuring Beijing opera history, performance style and face painting in Room 117 of the Saunders Fine Arts Building.

The troupe also will host a lecture on Chinese musical instruments with demonstrations from 9 to 10 a.m. Friday, Oct. 14, in Saunders 101.

All workshops and lectures are free and open to the public, but seating will be limited to a total of 80 people at each of the daytime events.

Off-campus visitors attending the daytime events should obtain a special one-day permit from MTSU’s Office of Parking and Transportation at www.mtsu.edu/parking/visit.php.

The culmination of this rare cultural opportunity will be a concert performance at 7:30 p.m. Oct. 14 in Hinton Hall of the Wright Music Building featuring Beijing Opera excerpts and instrumental music.

Song Fei, deputy director of the China Conservatory, will display her mastery of the erhu, a two-string fiddle, in an ensemble performance with Ge Yong on pipa, a four-stringed pear-shaped lute; Chen Yue on dizi, a bamboo flute; and Wu Huanghuang on yangqin, a hammer dulcimer.

They will perform solo pieces as well as silk and bamboo music, a traditional tea-house genre.

Zhang Yao, director of the National Academy of Theatre Arts, will lead the Bejing Opera group. A renowned vocalist, Zhang will perform with actress Wang Xiaoyan, actor Jia Jinsong and Wang Caiyun, a master of the two-stringed fiddle known as the jinghu.

Dr. Mei Han, director of MTSU’s Center for Chinese Music and Culture, said the Beijing Opera is even more melodramatic than a performance one might experience at, for example, the Metropolitan Opera at Lincoln Center in New York City.

“Beijing Opera makes a lot of noise,” said Han. “Gongs are very loud. Traditionally, the performance was held in theaters that have two levels. The doors were open with people chatting and eating freely.”

Han said the boisterous entertainment features simultaneous activity on those two levels, including peddlers who sell watermelon seeds and other snacks and throw towels to the audience. This is in stark contrast to Western opera, in which the audience is encouraged to be quiet and applaud only at certain junctures.

“When there is a dramatic gesture or a vocal technique that shows virtuosity, the audience should say ‘How,’ meaning ‘Bravo,’” Han said of Beijing Opera.

All events are sponsored by the MTSU Center for Chinese Music and Culture and the Center for Inheritance & Communication of Chinese Traditional Art of Beijing.