Celebrate Chinese ‘Year of the Dragon’ with MTSU...

Celebrate Chinese ‘Year of the Dragon’ with MTSU 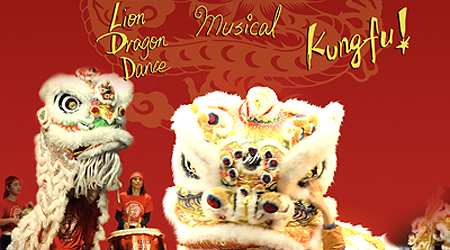 The Confucius Institute at MTSU sponsored two Chinese New Year performances by entertainers from China’s Hubei University to celebrate the “Year of the Dragon” on Feb. 20 in Murfreesboro.

The Confucius Institute and the MTSU School of Music also will celebrate the Chinese New Year with a concert of songs, dances and other lively arts on Friday, Feb. 24, in the T. Earl Hinton Music Hall in the Wright Music Building.

On Feb. 20, the Hubei University Dragon Dance Troupe performed in the quadrangle in front of MTSU’s James E. Walker Library. Dancers carry the dragon costume around on poles, emulating the creature’s undulating movements to symbolize power and dignity.

Hubei University is a comprehensive institution located in Wuhan, the capital of Hubei Province, in the People’s Republic of China. Its approximate enrollment is 20,000 students.

On Feb. 24, beginning at 7:30 p.m., “Celebration of the Year of the Dragon—Murfreesboro Chinese Cultural Performance” will feature calligraphy demonstrations, tai chi, martial arts, Chinese operas and demonstrations of Chinese instruments.

Performers will include students and faculty from MTSU, Vanderbilt University faculty, dancers from the Nashville Dance Troupe and students from the Murfreesboro Youth Orchestra and Homer Pittard Campus School.

This event is free and open to the public.

For more information about local Chinese New Year events, contact the Confucius Institute at 615-494-8696 or cimtsu@mtsu.edu. You also can watch a video of the Hubei University troupe’s MTSU performance below.