Two masters of their respective instruments will join forces at MTSU for a magical musical experience. 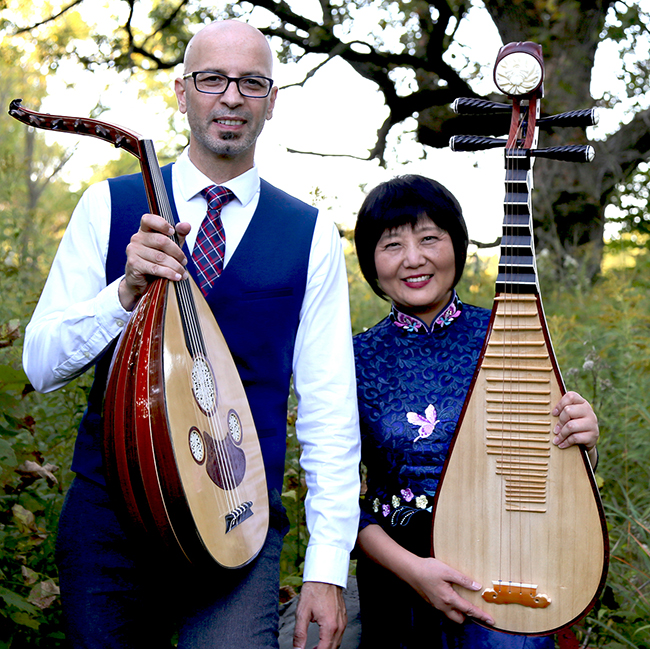 This event is free and open to the public. Masks are currently required inside all university buildings. A campus parking map is available at https://bit.ly/MTSUParking. It also may be viewed on the Hinton Hall livestream channel here.

Gao is a master of the pipa, a long pear-shaped lute that is 2,000 years old. Rafea plays the oud, a shorter fretless lute that is 5,000 years old, Persian in origin and ancestor of the European lute. Gao and Rafea formed their partnership in 2017 and have performed together at festivals and universities ever since.

“Every concert consists solely of on-the-spot improvisations, none of which has been played before or will be played again,” said Mei Han, director of MTSU’s Center for Chinese Music and Culture.

Gao and Rafea have recorded two albums, one of which, “From Our World to Yours,” earned two gold medals from the Global Music Awards. The British-based world music magazine Songlines describes their music as “consistently engaging, deeply contemplative and culturally resonant.”

Gao is director of the Chinese Music Ensemble at Carleton College in Northfield, Minnesota, and winner of five McKnight Artist Fellowships. Rafea has served as chair of the Arabic Music Department at the High Institute of Music in Damascus, Syria, and is the winner of the 2010 Best Composer Award at the Dubai International Film Festival.

This event will be presented by MTSU’s Center for Chinese Music and Culture, School of Music and Center for Asian Studies. For more information, contact Han at mei.han@mtsu.edu or ccmc@mtsu.edu.