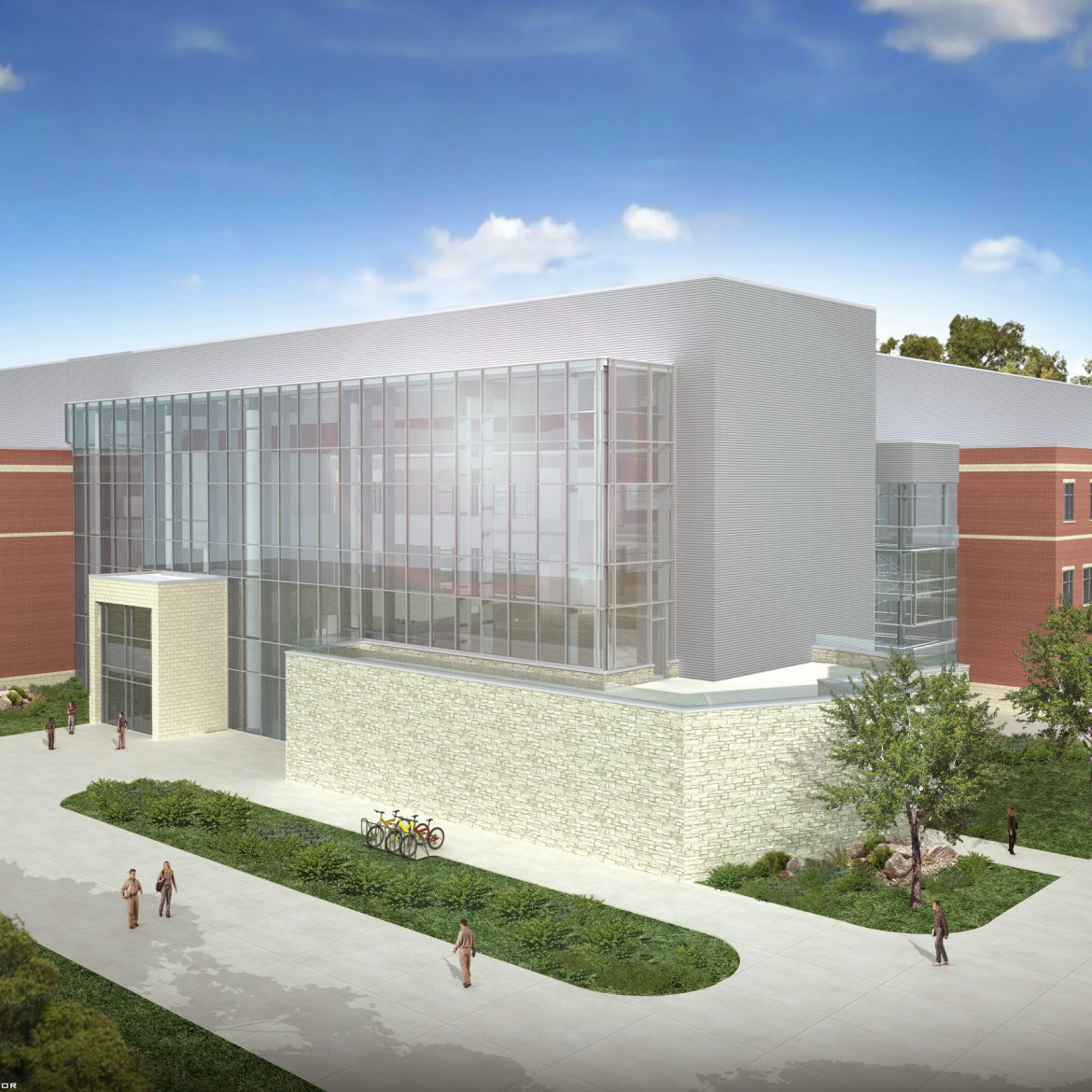 The grant will go toward the $147 million state-of-the-art science facility, which is on schedule to open for classes in spring 2015. Construction began last year after the Tennessee General Assembly approved $126.7 million for the long-awaited project.

Bob Mifflin, president of the Christy-Houston Foundation, said the award reflects the nonprofit foundation’s mission “to enhance the quality of life in Rutherford County with an emphasis on health care.”

“It’s the most important building I think that has ever been built on that campus. We understand that nearly every student that attends MTSU will go through the science building,” Mifflin said.

“The Science Building is going to be involved with nursing students, with pre-med students, physical and occupational therapy students and others. All of that is very much health-related.”

An estimated 80 percent of MTSU students will take a class in the Science Building, which will replace the existing Wiser-Patten Science Hall and Davis Science Building built in 1932 and 1967, respectively. Those buildings have a combined total of only 75,332 net square feet for classrooms, labs and offices.

An artist’s rendering shows the exterior of the new MTSU Science Building, which is on schedule to open for classes in spring 2015. Click the image to see monthly construction updates.

“We’re extremely pleased to have this latest investment from the Christy-Houston Foundation in our science building,” said MTSU President Sidney A. McPhee.

“These dollars are going to help ensure that our building is completed in a timely fashion and that our students have all of the resources they need to be successful.”

The Christy-Houston Foundation was established in 1986 after the sale of then-Rutherford Hospital. With its MTSU Science Building grant, Mifflin said the foundation has contributed more than $8 million to the university over the years for projects such as the Cason-Kennedy Nursing Building, the Center for Dyslexia, Student Health Services and Project Help, as well as nursing-related scholarships.

“The Christy-Houston Foundation thinks there is no organization or business more important to Rutherford County than MTSU,” Mifflin said.

Joe Bales, vice president for university advancement at MTSU, applauded the foundation for being “a tremendous supporter” of university programs over the years.

“This latest investment was crucial in that it gives us much-needed matching funds that the state now requires,” Bales said. “We’ve had a long partnership with the foundation, which has provided valuable resources that have helped us in so many ways.”

As this Oct. 11 photo shows, work continues apace on the new MTSU Science Building, which is on schedule to open in spring 2015. (MTSU photo by J. Intintoli)

Turner Construction Co. is scheduled to substantially complete the project by the summer of 2014. Equipment installations and administrative move-in are planned for the fall of 2014.

The Science Building should be ready for classes for the 2015 spring semester.

Approximately 1,500 new student workstations will be provided in the labs and classrooms in the new building, which is being built on the south side of campus adjacent to the James E. Walker Library.

The U-shaped facility features an abundance of glass windows on the interior shell to take advantage of natural light and includes a layered designed that will keep faculty offices close to student labs and work areas.

After a meeting between university officials and the Christy-Houston request committee, the foundation’s board of directors unanimously approved the grant. It will be allocated in equal annual allotments over the next five years.

“It’s a grant that will give and give and give,” Mifflin said, adding that the facility’s impact will not only benefit MTSU and the Midstate, but the entire state of Tennessee.

“It’s going to benefit everyone. We’re very proud to be a part of that.”