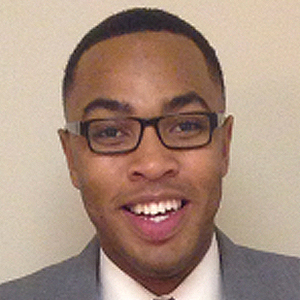 Music is not Clinton Knox III’s major, but he has scored a major musical coup.

The MTSU sophomore accounting major from Memphis captured second place in Broadcast Music Inc.’s Talent Showcase in Atlanta earlier this summer with a vocal performance of John Legend’s “Stay with You.”

It was so entertaining that the audience brought Knox back for an encore, which he granted by walking off the stage and singing directly to them at their tables.

“I’ve been singing in the church choir since I was 6 or 7 years old,” Knox said. “I picked this song because I like the choice of words and there aren’t too many highs and lows.”

BMI sponsors the competition each year for INROADS, a program that supports the development of minority youth, especially through internships during the college years.

The international organization provides more than 2,000 interns for more than 200 companies.

In addition to his second-place award, Knox received the Member’s Choice Award by a vote from other INROADS students attending the showcase.

Knox is no stranger to organizational success. He is a member of MTSU’s Student Government Association and represents the College of Business as an SGA senator.

He also founded and runs www.theyoungandeducated.org, a nonprofit organization that emphasizes ways young people can improve their lives.

“My friend, Dominic Cooper, and I were sitting in Ching’s, this wing restaurant in Memphis, thinking, ‘What could we do to help young men?’” Knox recalled.

At first, Knox said, they focused on posting helpful hints on topics such as staying healthy and how to dress for job interviews. He said possible future activities for Young and Educated include clothing drives and book drives for high schools.

“Our job as young people who have been blessed with talents and gifts is to give back,” said Knox.

Since establishing a Young and Educated group at the University of Alabama, Knox and Cooper have worked to set up similar groups on other campuses.

The website includes a phone number for people with questions about ways to succeed in life. If they call 760-661-7182 and leave a message, Knox says they’ll get a return call.

“Who knows? Ten years down the road, we could have the best mentoring program in the state!” Knox said.